Dad climbs into well to save 2-year-old: ‘I listened to him scream as he went down’

SPOTSYLVANIA COUNTY, Va. -- A Spotsylvania family is crediting their two-year-old son’s swimming skills and his quick-thinking father for his saving his life after the child fell into a well earlier this month.

Jason Hood said he was servicing their residential well, which was covered by tarp, when his son Jaxson came up from behind him.

“He kind of got caught up on the tarp,” Jason Hood said. “I went up to get him before he could get to it, [but] he was already going down and was falling down to the bottom of the well,” he added.

The father said he had just moments to decide what to do.

“I had to watch him go down, which wasn’t the easiest thing to do, and listen to him scream as he went down," Hood said. "[I] heard him hit the water and sounded like he was treading water kicking in the water and heard him scream, so I knew he was still conscious and awake.”

Hood yelled for his wife, Christina, to call 911 while he stripped down to his sweatpants and went in after the boy.

“Only way I knew how to make sure he was OK was to basically put myself in danger,” Hood said. “I pretty much lowered myself onto the side and used my feet and back to control my slide down. I kept myself braced against the two sides and picked him up and set him on top of my thighs so he was out of the water.” 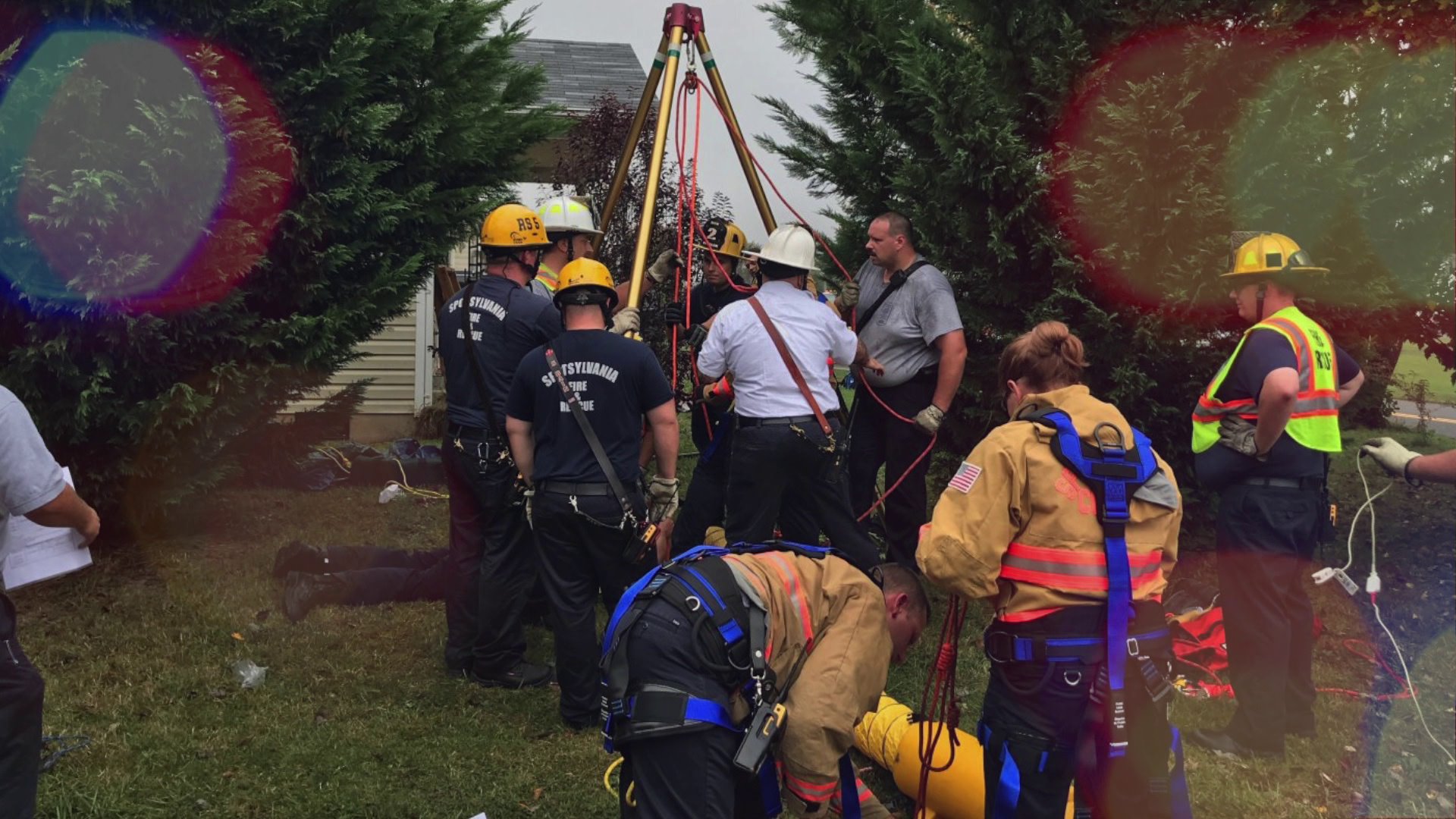 Jaxson's mom, Christina Hood, grabbed a rope and tied it to a nearby riding lawn mower and threw it into the well to her husband.

“I said, 'Tie it around him, he’s not going to last in that freezing cold water,'” Jaxson’s mother remembered.

Before rescuers arrived, mom was able to pull Jaxson out of the well.

“Heart stopping for a few seconds, but then we did what we had to do to keep him safe and get him out of the water,” Christina Hood said.

Jason Hood spent close to an hour in the well before being lifted to safety and treated for minor injuries.

Jaxson was checked out on the scene and only suffered a scrape on his thumb.

“Extremely grateful because it’s a deep well. He wouldn’t have survived if he didn’t know how to swim,” Christina Hood said.

The Hoods said they taught Jaxson and his older brother to swim soon after they took their first steps and they will do the same for their youngest son. The family hopes their story can be a lesson all parents can take from their terrifying experience.​