HENRICO COUNTY, Va. – Gripping video shows the moment a Henrico Police officer held several suspects at gunpoint, after shots were fired during a fight at the Cook Out restaurant on Eastridge Road.

Police said a fight quickly escalated between a group of young men and ended with multiple shots being fired.

John Toole owns a nearby bank and captured cell phone video as the drama unfold.

In the video, you can see and hear the first officer on the scene.

The tense moments were captured in the parking lot of the cookout restaurant late Thursday afternoon.

“We heard three gunshots, as soon as I heard the gunshots I opened the front door and I could hear the police yelling to put your hands up, get out of your car,” said Toole.

“I saw this police officer seemed to be first on the scene,” he recalled.

Toole and others nervously watched as that officer focused on the suspect’s vehicle.

“Eventually you can see them put their arms out of the window,” said Toole. 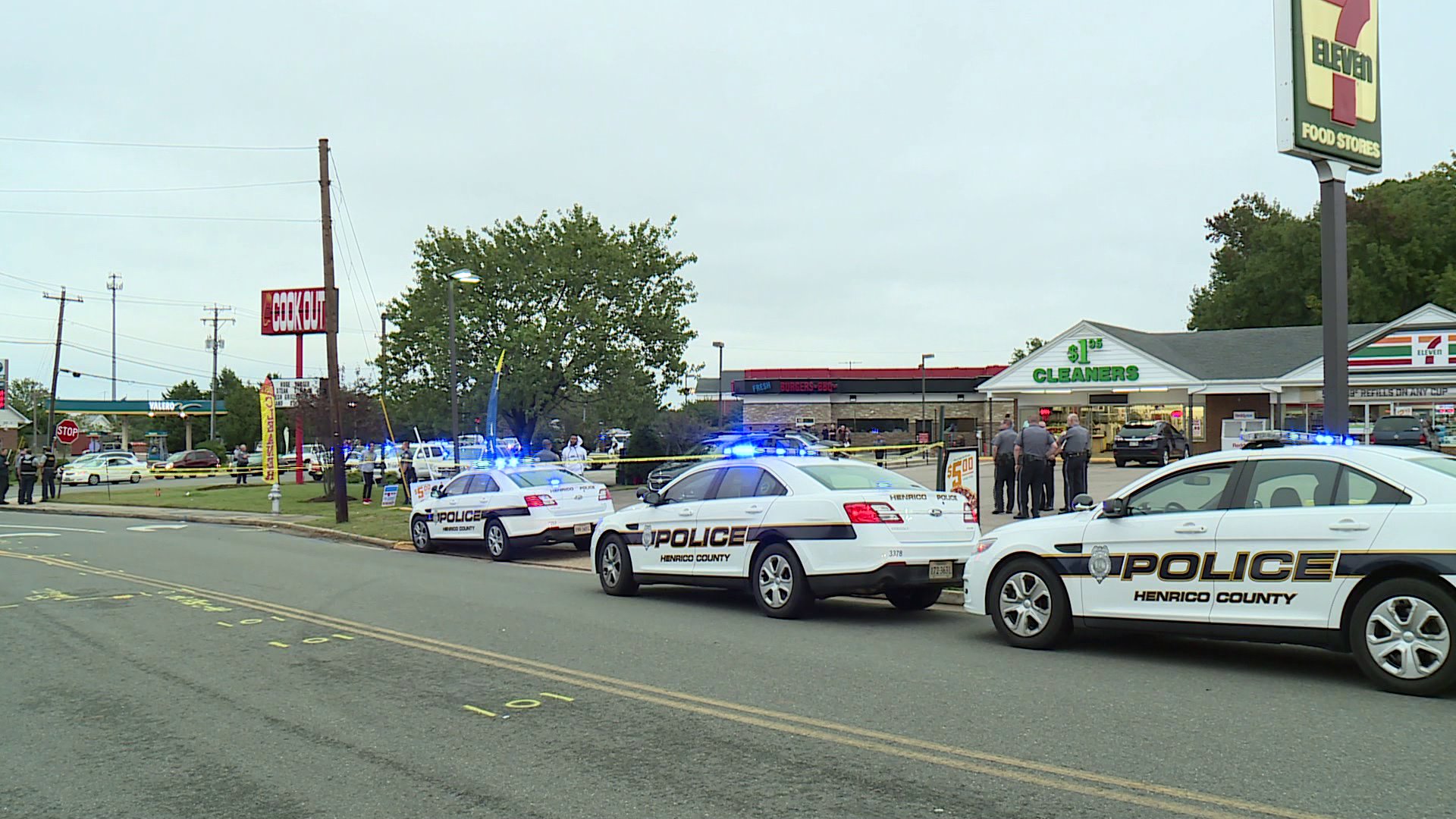 “He was able to get here and detain a vehicle with several people in it that we believe are involved in the altercation,” said a Henrico police spokesperson.

Other officers soon arrived for backup.

“They had all the doors open and the police were surrounding the vehicle and within seconds probably 10-15 cop cars showed up,” said Toole.

The bank owner said he saw probably saw a total of 5-8 people being handcuffed, most of them were being placed on the ground as they continued to search.

Henrico police confirmed they detained 8-9 people at the scene and recovered the handgun used in the shooting.

Police said one of the individuals detained admitted firing the handgun.

The cookout building was hit at least twice with bullets, according to a store employee. Police confirmed that information.

Police say there was no injuries in the shooting. There is no word on charges at this time.