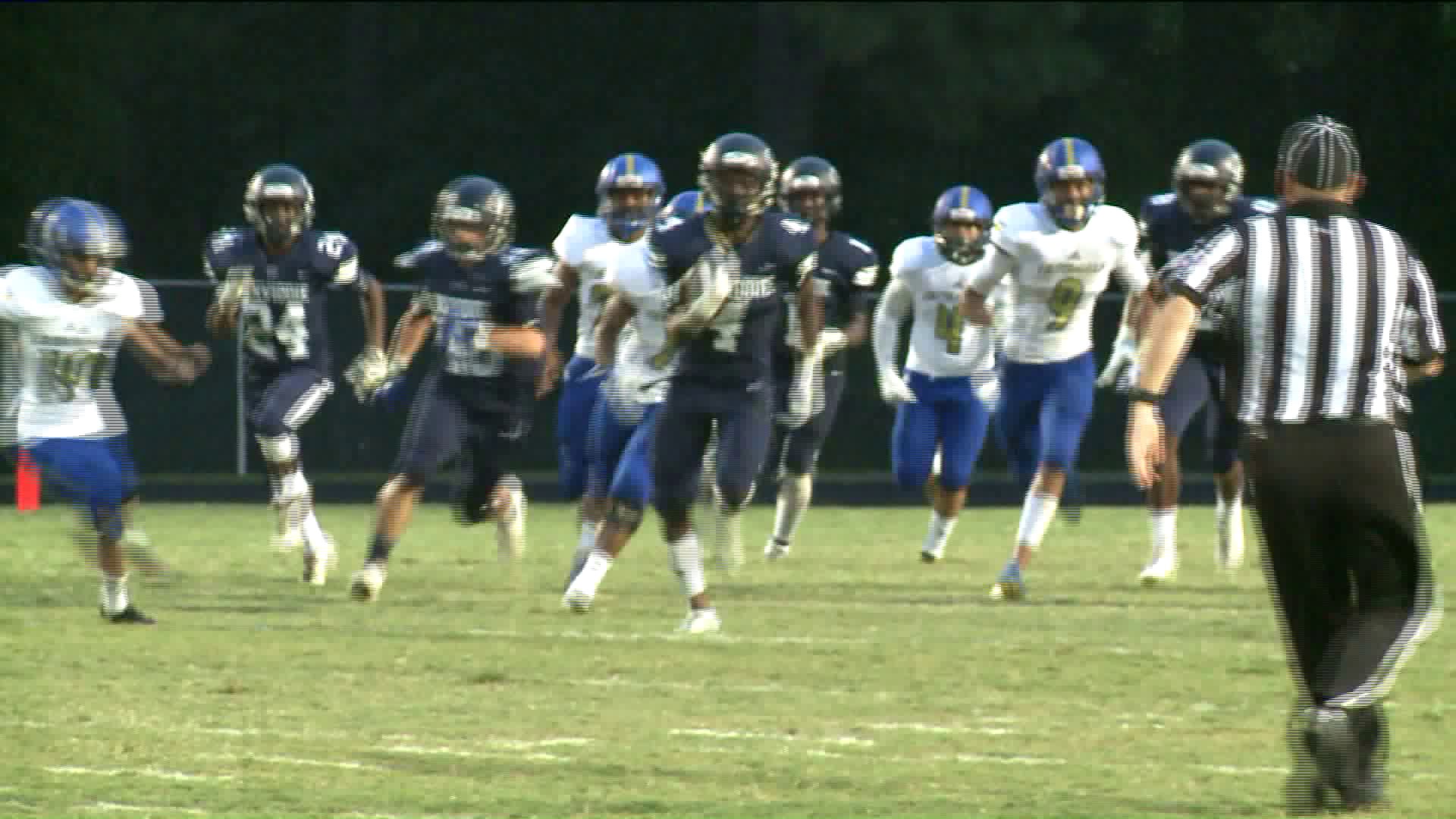 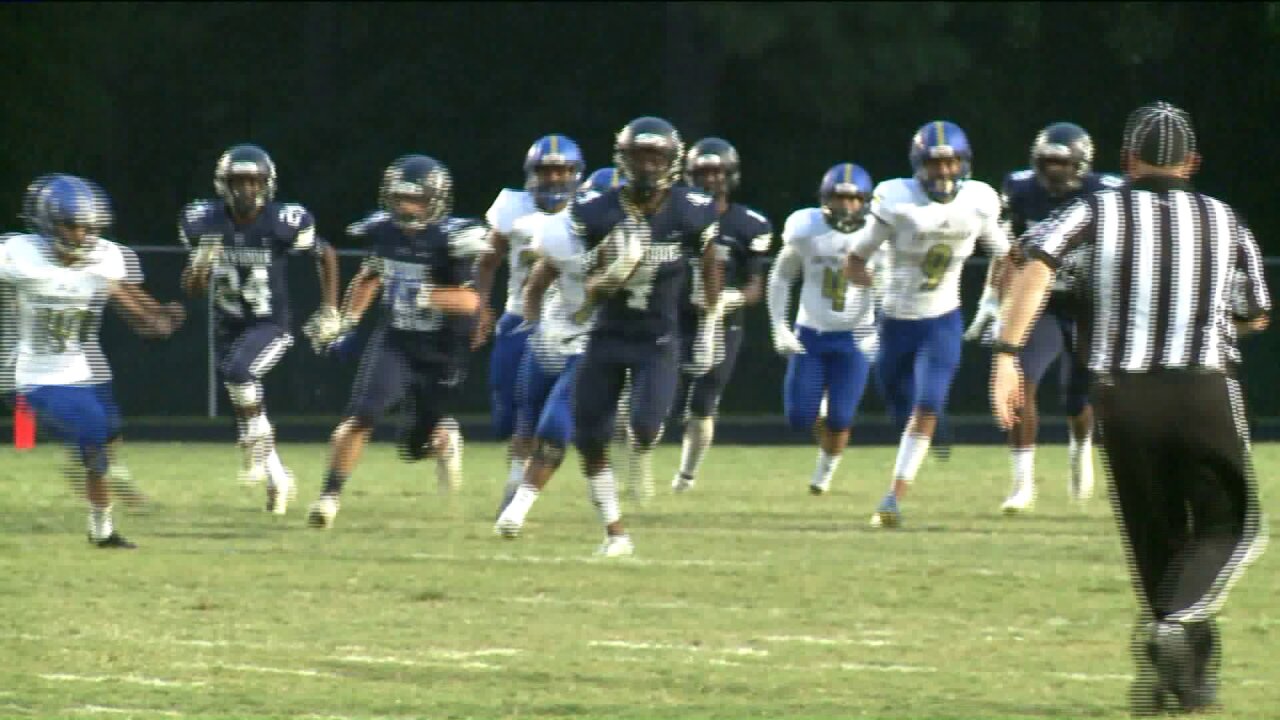 Dinwiddie, Va - The Smithfield Packers finished 8-3 a year ago, made the 4A playoffs and had the Dinwiddie Generals in an unfamiliar position on Thursday night: playing from behind.

Smithfield twice led at Dinwiddie in the first half before Josiah Williams returned a kick off 97 yards for the go ahead score and the Generals never looked back, cruising to a 61-38 win in week 2.

Zyan Sturdivant had 180 yards rushing and 4 TDs for Dinwiddie (2-0), ranked 4th in our CBS6/Fox Sports 910 poll. Quarterback Ky'Mon Pope also scored on the ground and Cornell Lucess had a 40 interception return for a score.