HENRICO COUNTY, Va. – Family members are remembering three siblings who were killed after firefighters pulled them from their smoke filled home in eastern Henrico County.

Those family members say Jeremiah loved protecting his sisters and his mother. He was going into the second grade at Highland Springs Elementary School.

Two-year-old Shyla was described by her love of singing and love to learn new things at daycare. Family members said the youngest child, little Sage, loved to dance and play with her baby doll.

The fire was reported at 3 a.m. Friday at the Highland Pointe apartments, along the 1000 block of West Nine Mile Road, in eastern Henrico.

Firefighters say the children were in an upstairs bedroom, while their mother's fiancé was sleeping in another upstairs room.

All four people inside were unresponsive when firefighters broke down the door and reached them. The condition of the fiancé was not available.

The children's mother, a carrier for the Richmond Times-Dispatch, was not home at the time of the fire.

"So many firefighters are parents themselves and as much as we try to treat things like that as a part of our job, you can't help but think of your own kids at home, especially when you see three children brought out unresponsive and just the emotional toll that takes sometimes," Henrico Fire spokesman Capt. Taylor Goodman said. 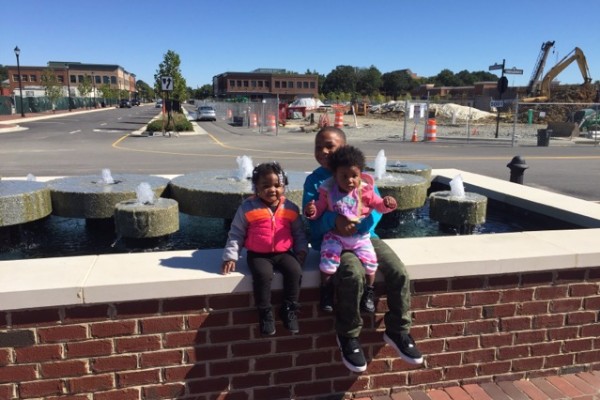 Unattended cooking was ruled as the cause of the fire, according to investigators.

Neighbors reported smelling smoke inside of their own apartments and hearing smoke detectors before running outside for help.

"We tried banging on the door, but we couldn't get a response and by that time the firetrucks had pulled up," Hill said. "My neighbor told me she heard one of them crying. It took firefighters a few minutes to get in and seeing them bring those babies out was just heartbreaking."

Firefighters were on scene within five minutes of the initial 911 call and busted the door to reach the young victims.

"A battalion chief arrived first and found no smoke or flames from the outside. However, when the first fire engine arrived moments later and entered the apartment, they were met with thick smoke throughout both floors, reducing their visibility to almost zero. The firefighters immediately began a search of the apartment to check for victims," Goodman said.

The case remains under investigation.

The family has started a GoFundMe page to help the family as they deal with the tragedy.