No injuries after fire evacuates University of Richmond building 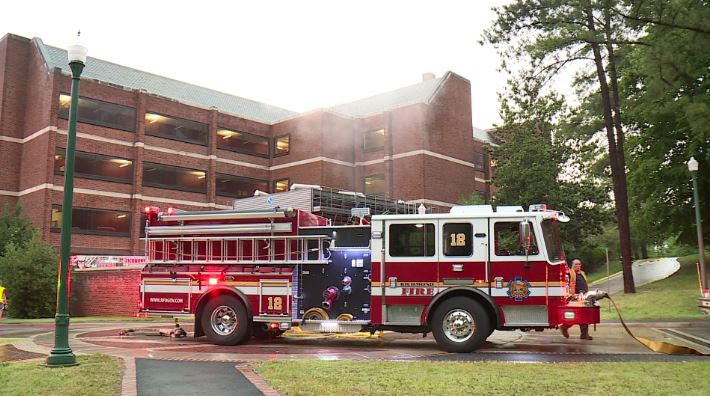 RICHMOND, Va. – The Science Center at the University of Richmond was evacuated due to a fire Wednesday evening.

The building is located at 35 West Hampton Way.

Richmond Fire said when they arrived to the scene they located a chemical fire in the third floor of the building. A HAZMAT crew also responded to the scene.

An UR alert sent to students told them to evacuate the building immediately and to avoid using elevators.

Another alert said the fire is an ongoing situation and police are requesting that students avoid the area and await further instructions.

The fire has since been marked under control, according to officials.

Those officials said there were no injuries during the building fire.