How long cooler pattern will hang around; where patchy frost is possible

Highs will be in the 60s with some showers around

RICHMOND, Va. -- It was just over a week ago when we set four new record warm low temperatures.  We have had a significant pattern change since then.

After the violent weather on Friday, highs on Saturday struggled to reach the mid 60s.

The jet stream has created a trough in the eastern United States.  This has brought the cool air, and has kept an area of low pressure from moving much.  Our upper air winds will be out of the northwest for a few more days, keeping any significant warming well to our west. 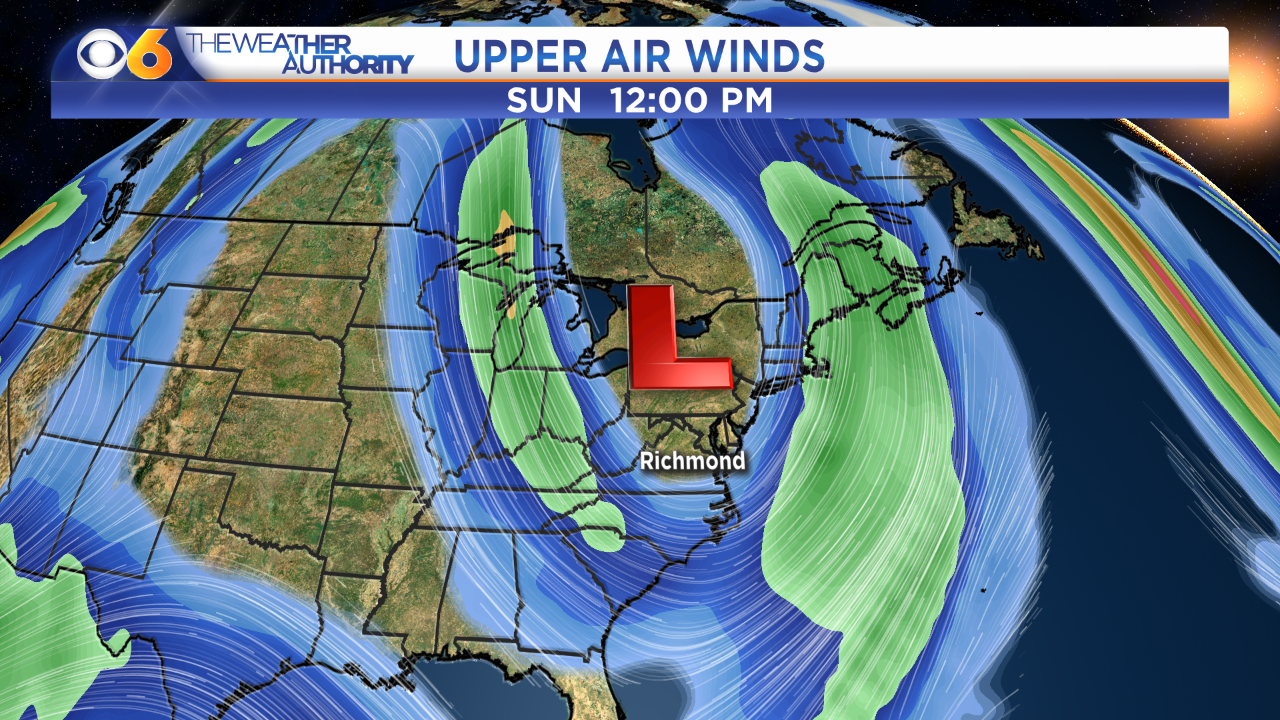 Low temperatures Monday morning will be in the lower 40s for Richmond, but our colder outlying areas may drop into the 30s.

Highs Monday will remain below normal and stay shy of 70°.

Lows Monday night into Tuesday morning will be the coldest since April 9th, dropping down to around 40° in Richmond and the mid to upper 30s to the north and west.  Patchy frost may occur Tuesday morning in the colder locations.

An unsettled pattern will keep more clouds and the chance of rain in for the second half of the week.  Highs will remain below normal, but the overnight lows will be in the low to mid 50s.  We should a warmer trend develop next week.