RICHMOND, Va. – Police are asking for the public’s help to identify the man believed to be linked to multiple restaurant burglaries in the Fan neighborhood.

Investigators said the five burglaries occurred from January 2017 through April 2017 in the Fan and West Broad Street area. Three of the incidents happened in April.

Richmond Police said the man shown in the surveillance images typically forced entry into restaurants and took money from cash registers between 3:00 a.m. and 5:00 a.m. 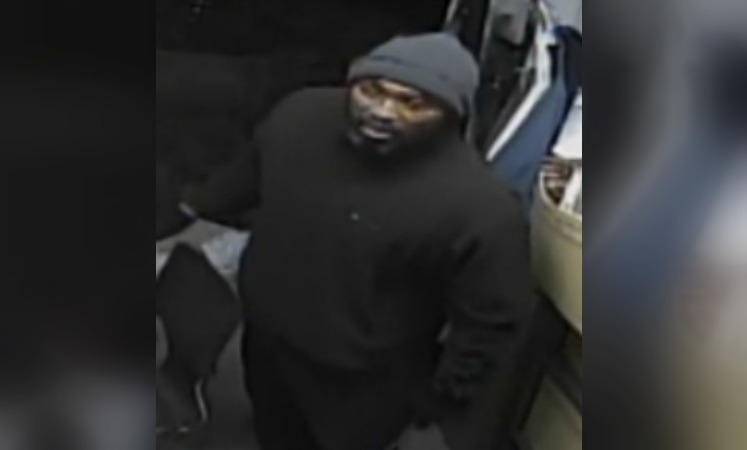 Here's a list of burglaries connected to the suspect:

The fifth and latest burglary happened between 4:45 and 5:55 a.m. on Saturday, April 22 at the Pig and Pearl, located in the 2000 block of West Broad Street.

Robert Harding shudders to think that one of his co-workers at Pig and Pearl unknowingly worked feet from a man hiding and waiting to rob the place early Saturday morning.

"It would just be scary if I was a bartender, if I was the only one here, and you heard a noise, and you were here by yourself," Harding said.

Harding said surveillance video shows the man came in during normal business hours, went downstairs and hid until everybody left before taking a crowbar to the safe.

"There is a huge dent in the doors almost bent in half horizontally from him trying to get in," Harding said.

Investigators said the suspect is described as a black man with a light complexion and a stocky build.

The suspect is bald, with a dark beard, approximately 30 to 50 years old, and 5’9” to 5’11 tall. In surveillance videos, he is seen wearing dark clothing consisting of a knit cap, T-shirt, jacket, gloves and blue jeans.

"It's just not right going around robbing businesses that are trying to stay afloat," Harding said.

Detectives ask anyone with any information about this man’s identity to call Third Precinct Detective Alexandra Davila at (804) 646-1069 or Crime Stoppers at 780-1000. Citizens can also text Crime Stoppers at 274637, using the key word “ITip” followed by your tip. Both Crime Stoppers methods are anonymous.