DINWIDDIE COUNTY, Va. – Video captured a burning out of control at a home in Dinwiddie County Sunday afternoon.

A WTVR CBS 6 viewer posted video around 3 p.m. of a home in the 4000 block of Bancroft Drive consumed by bright orange flames.

That viewer also said a car, truck and jet ski parked nearby were also burned.

"It's heartbreaking but ain't much you can do," Freeburn said.

Neighbors spilled out into the street to watch as the fire spread quickly.

"Next thing the boats on fire, next thing the car was on fire, then the truck caught fire and seems like in no time the roof was caving in," said Jimmy Robertson, who lives down the street.

Wayne Miller lives next door and tried to hit the fire on the porch with his garden hose but soon he had to turn the water on his own vinyl siding, which was beginning to melt.

Four people made it outside safely.

Freeburn, who has just recovered from stage four colon cancer, said everyone's safety is what matters in the end.

A GoFundMe has been created by the family. 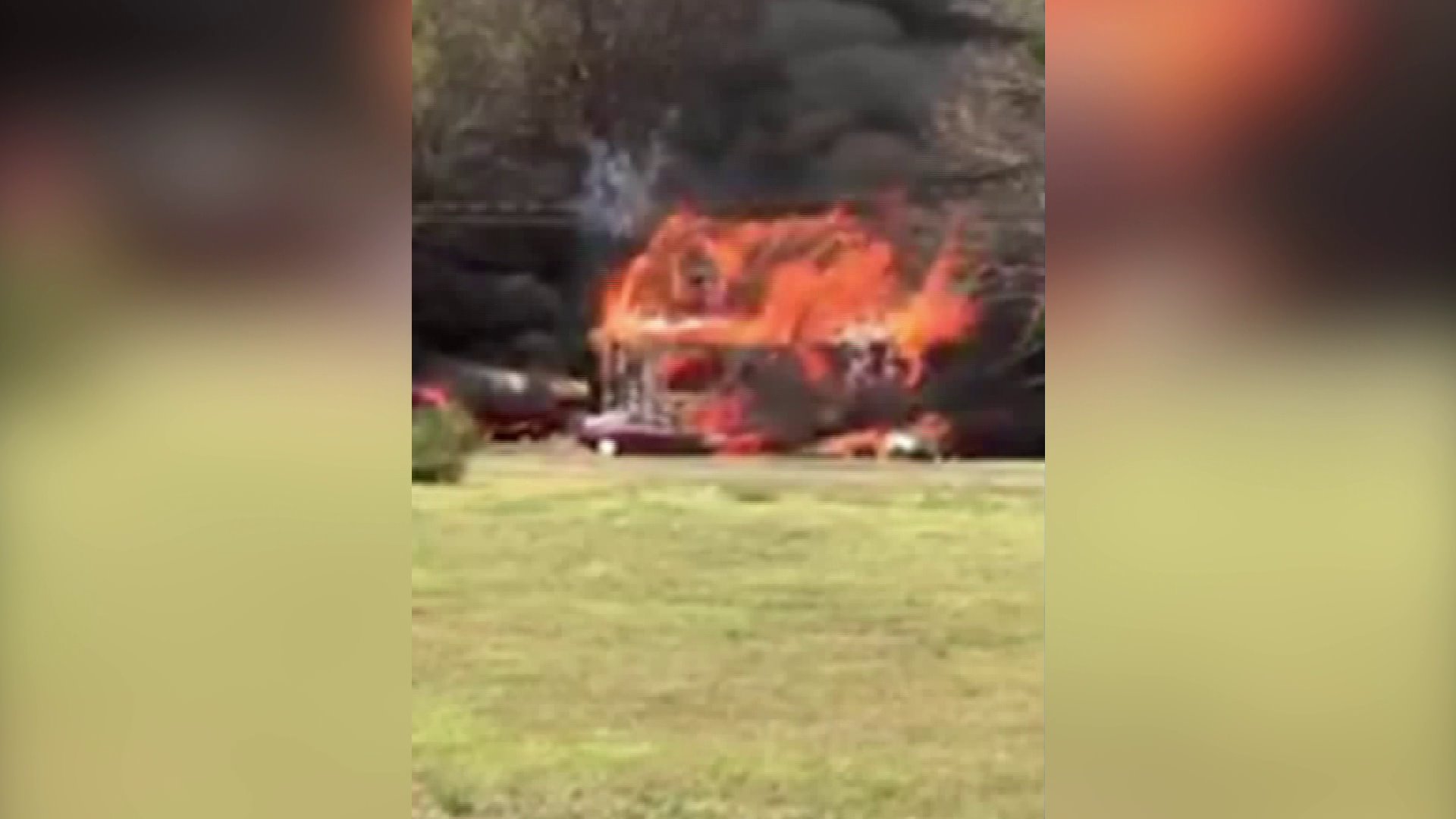