RICHMOND, Va. -- Members of the VCU community released an outpouring of emotion at a vigil for one of their classmates who was shot and killed at a house off campus Thursday morning.

"When I got the news I was like, Sam who? You know like who do you mean, what Sam do you mean?" one friend said as she started tearing up.

Friends and even those who did not really know Samuel Kwarteng spontaneously spoke at the vigil to honor his memory. 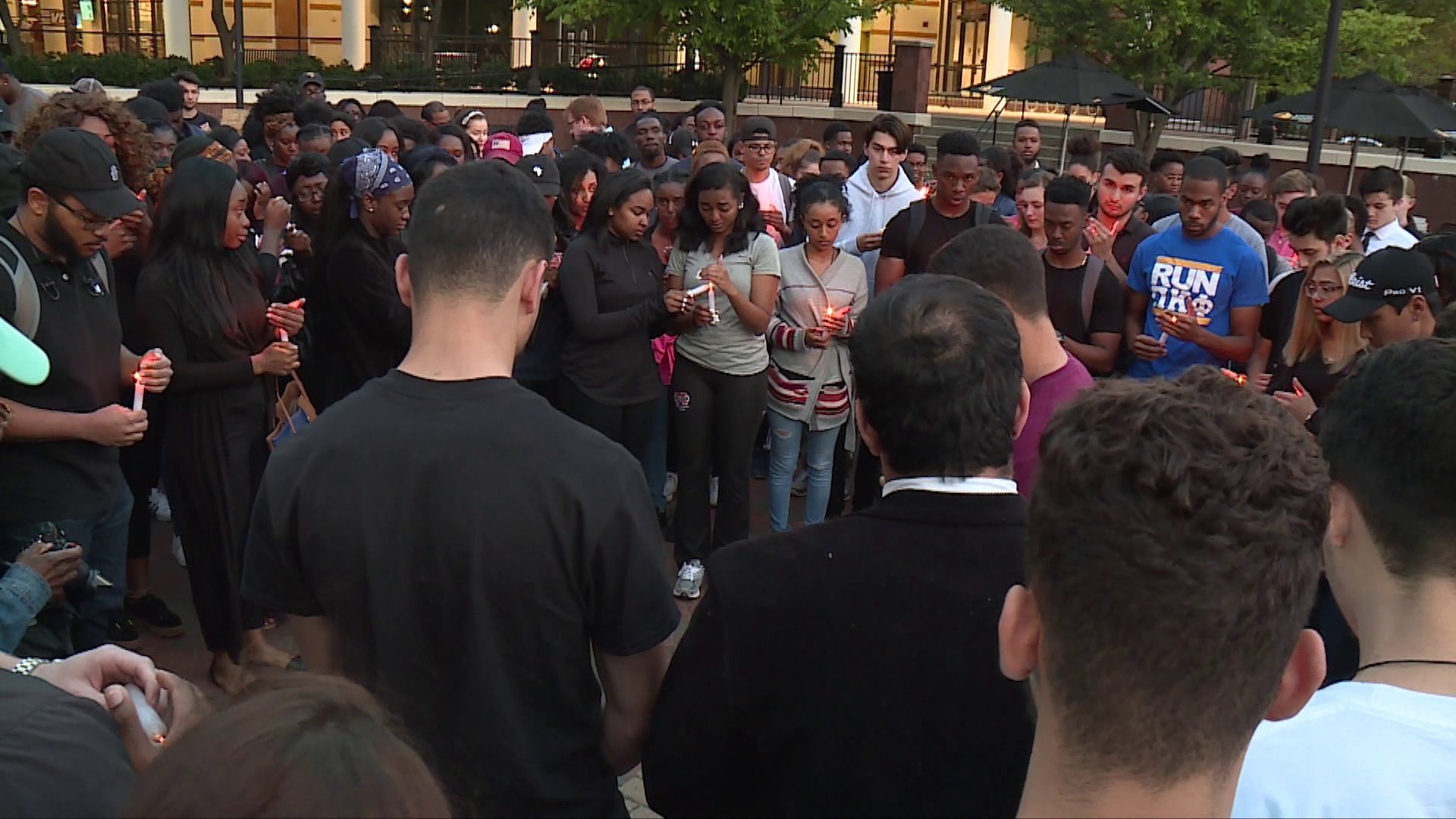 "I just want to take the time to thank God for putting him on this earth," the friend said.

Police charged Emmanuel Jordan with involuntary manslaughter after some sort of altercation at the off campus house resulted in Kwarteng, an electrical engineering student, being shot and killed.

Kwarteng's brother, Derrick Adjei, also a student at VCU, said he wishes his brother never went to the house.

"I would have told him to come over to my place actually, just don't go out today, go study," Adjei said.

Adjei said he was asleep when someone called and told him his brother had been shot.

"I didn't think it was real. I was like what kind of sick joke are you playing, are you crazy?" Adjei said.

Despite his brother's murder, and another shooting during an attempted robbery near campus Friday morning, he said he still feels safe at VCU.

Still, the school he loves will never be the same.