HENRICO COUNTY, Va. – The past few months haven’t been easy for Chris Jackson. Back in December of 2016, the Henrico man lost his best friend, Jake.

Jake was a service and emotional support dog that had been by Jackson’s side for over 14 years.

“He was so intelligent,” said Jackson. “He gave me all the love and support that I needed.”

Jackson is disabled and lives on a fixed income. He was desperate to find a way to afford Jake’s medical expenses and get transportation to a veterinarian.

Chris Jackson and Jake the dog

Thanks to an outpouring of support from CBS 6 viewers, nearly $7,000 was raised to help Jackson and Jake.

But, he’s learned it could take years to get another service dog, and cost him thousands of dollars.

He’s been hoping someone could help him.

“Someone out there knows how to help me cut through the red tape,” he said.

That someone, we found out, is Kayla Wells with New Life Individual and Family Services in Dallas, Texas.

Wells and Nala the dog flew into Richmond International Airport Wednesday afternoon to surprise Jackson with his new companion.

Jackson thought he was speaking to CBS 6 about the struggle of finding a service dog, but in the middle of that interview, we told him the news.

“We have a surprise for you,” said CBS 6 reporter Chelsea Rarrick. “We have gotten you a new best friend.”

Bridging RVA is familiar with Jackson’s story and wanted to help him get a new dog. They contacted Wells, as her organization works to place service dogs in new homes.

“We knew how important a service animal was for his health, he has some challenges including physical disabilities,” said Sawyer with Bridging RVA.

Kayla and her team knew Nala would be a perfect fit. 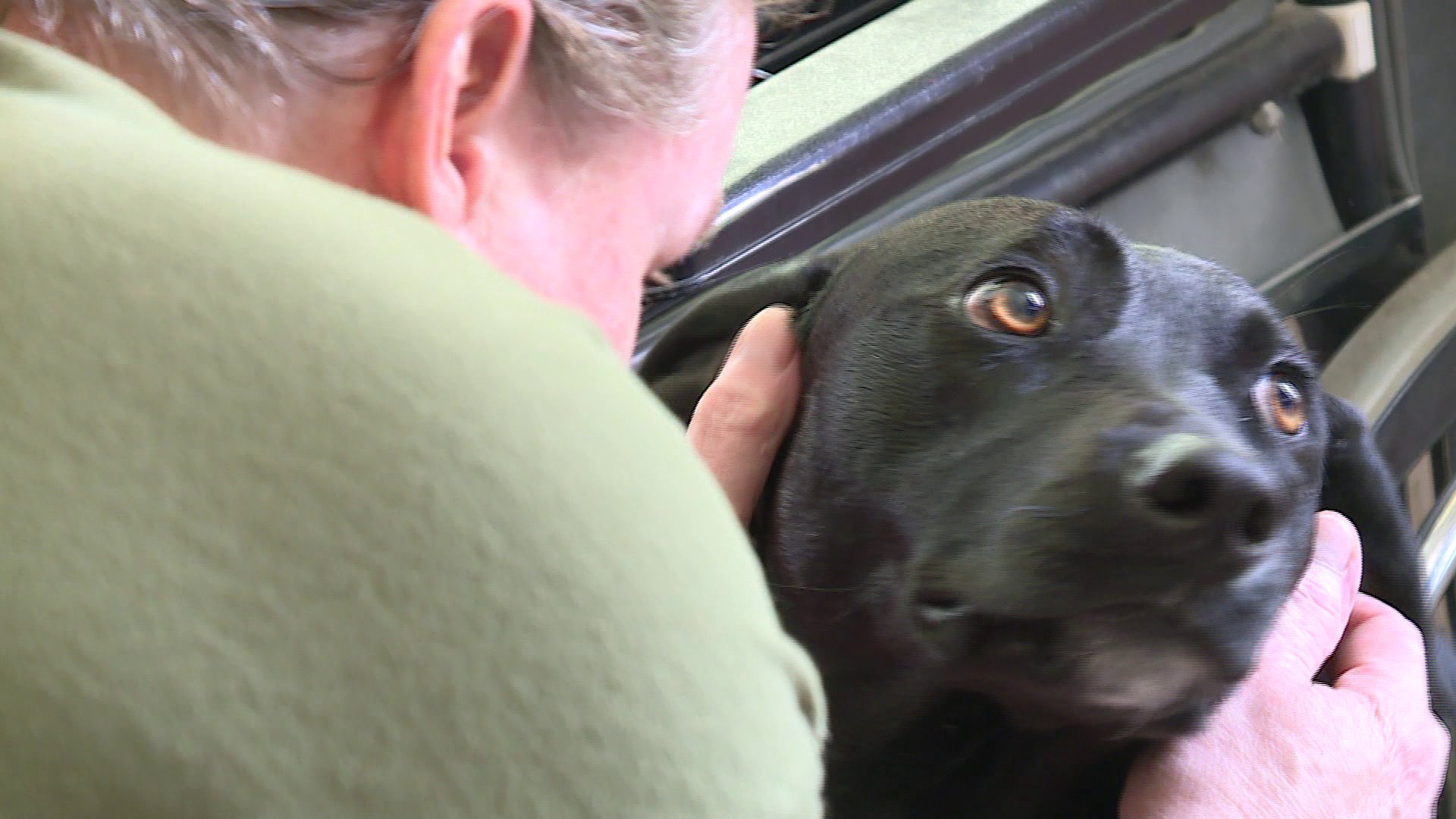 “She’s probably one of the best dogs in our program ever and I know Mr. Jackson, you will take extremely good care of her,” said Wells.

Before her arrival in Richmond, Nala was in the care of Wells.

She admits, it’s sad to see her go, but knows the amount of love and happiness that “Nala Bear” will bring to Mr. Jackson.