Coastal storm: When, where and how much winter precipitation will fall

RICHMOND, Va. --  A light wintry mix of precipitation is developing across the region.  Metro Richmond south and east will see a change to all rain as somewhat milder air filter into the region.  The rain could be heavy at times later tonight.  Well north and west (Louisa/Charlottesville and along the I-81 corridor), the colder air will hold tight and this region will see more snow and sleet, mixed with rain overnight.  This is the area with the highest chances for several inches of accumulation.  As the storm travels north along the coast tomorrow morning, the heaviest precipitation will taper off as a light mix or snow showers.  A few scattered snow or rain showers will be around into the afternoon. 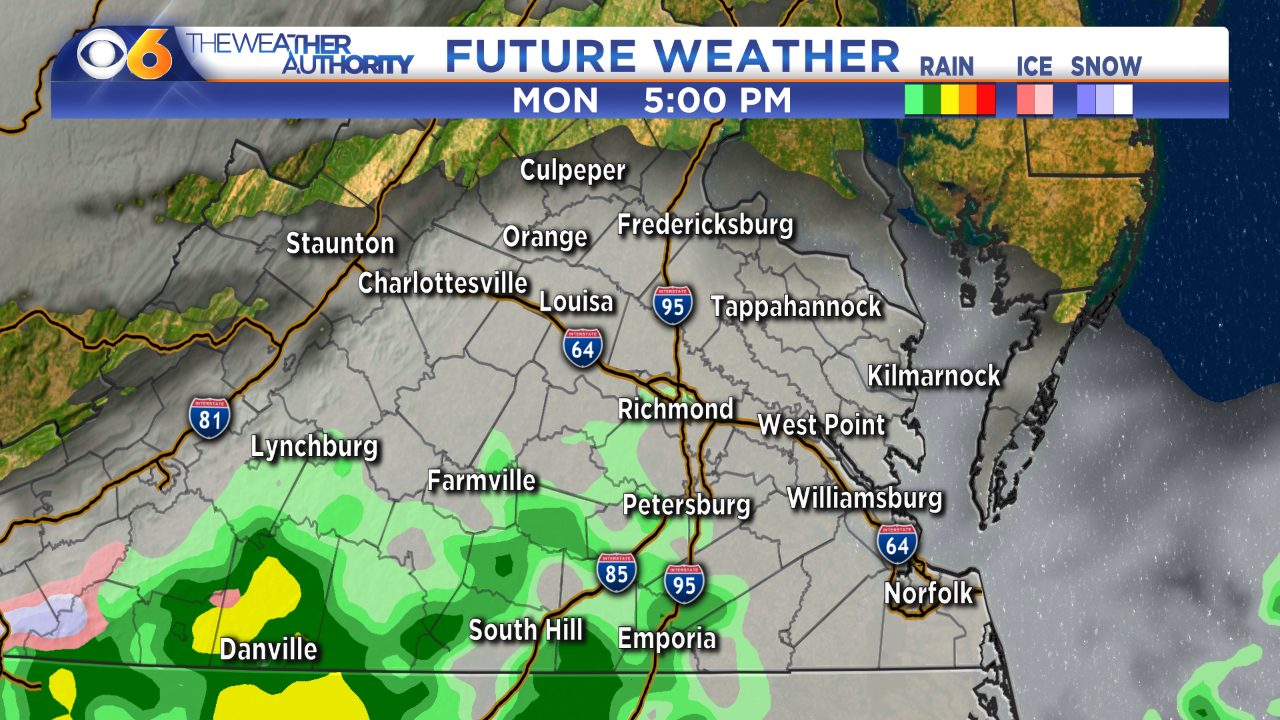 Far southeastern Virginia will experience mainly rain.  Temperatures will be too warm for anything to accumulate in most locations.

Parts of the Northern Neck back to Richmond and points southwest will see a lot of rain, but there will be some wintry mix and snow in there as well.  Accumulations would be fairly light if the air and ground get cold enough.  A spotty coating to an inch is not out of the question.

Areas well north and northwest of Richmond may see some rain, but there will be longer periods of a wintry mix or snow.  Forecast-wise, this is the most difficult section of our viewing area, since the rain/mix/snow lines will be moving back and forth through this zone during the entire storm.  Potential accumulations 1"-2" on the southeastern side of the band, and 3"-4" on the northern and northwestern edge.

Far northern and northwestern Virginia will see the most amount of cold air, so the primary precipitation will be snow and sleet, but some rain could mix in late tonight.  Many locations in this zone will see at least 4" of snow, with the potential for up to 6"-8", especially across far northern areas.

Here's the overview of our expectations.  No accumulation is expected south and east, with the highest snow/sleet totals well north and west of Richmond.

Very cold air will be around on Wednesday with highs in the 30s along with gusty winds and wind chills in the 20s.  Some flurries or some scattered snow showers will be possible.