Roof caves in during heavy fire at Highland Springs home

HENRICO COUNTY, Va. — Fire crews have put out a heavy fire at a unoccupied home in the Highland Springs area of Henrico County.

Henrico Fire officials say four fire engines arrived at the two-story home in the 300 block of S. Lake Avenue at 4:09 p.m. Officials say they were met with heavy fire in the side and rear of the home. 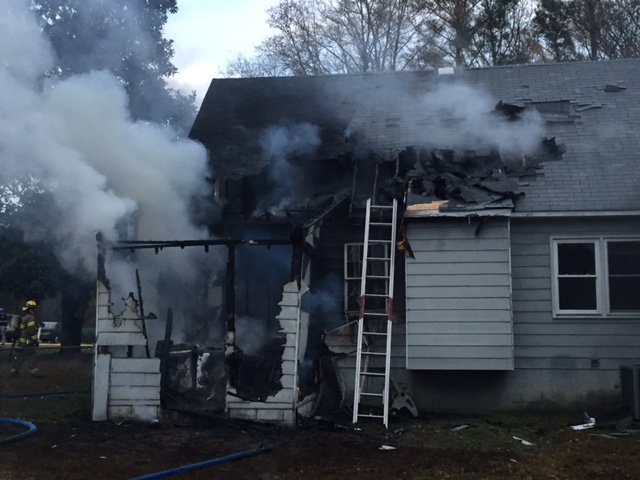 The flames from the blaze caused the roof of the home to cave in.

The fire was marked under control about an hour after crews arriving on scene.

Officials said the fire was reported by a neighbor. Fire Marshals are investigating the cause of the fire.

There is were no reported injuries.