RICHMOND, Va. -- For a half-century, Irving Koslow's Standard Hardware and Supply at 1714 E. Main Street was the place for masons and other tradespeople.

I met Mr. Koslow soon after moving to Richmond in 1980 as an apprentice bricklayer, working on the James Monroe tower.

He was as old-school as they come - a bit of a curmudgeon.

"He had very little patience for people that didn't know" what they were doing, recalled his son, Mark Koskow, a retired Richmond cop and a longtime artist. "I remember many times he said, 'Hold it up to the phone so I can see it better.'"

Amazingly, Koslow's building sat empty in a busy and trendy Shockoe Bottom for the better part of 25 years after he retired in 1991. (He died in 2007.)

"He always thought that the Bottom was going to be worthwhile" as far as property values, Mark Koslow said.

Three years ago, it came down to fixing up the 110-year-old-or-so building, demolishing or selling.

"We decided that we were going to put a gallery and studio space down here," he said. "We bit the bullet, put the money into the building and this is what we've got."

"We" is Koslow and his wife, Susan Gaible. Both are skilled clay potters. 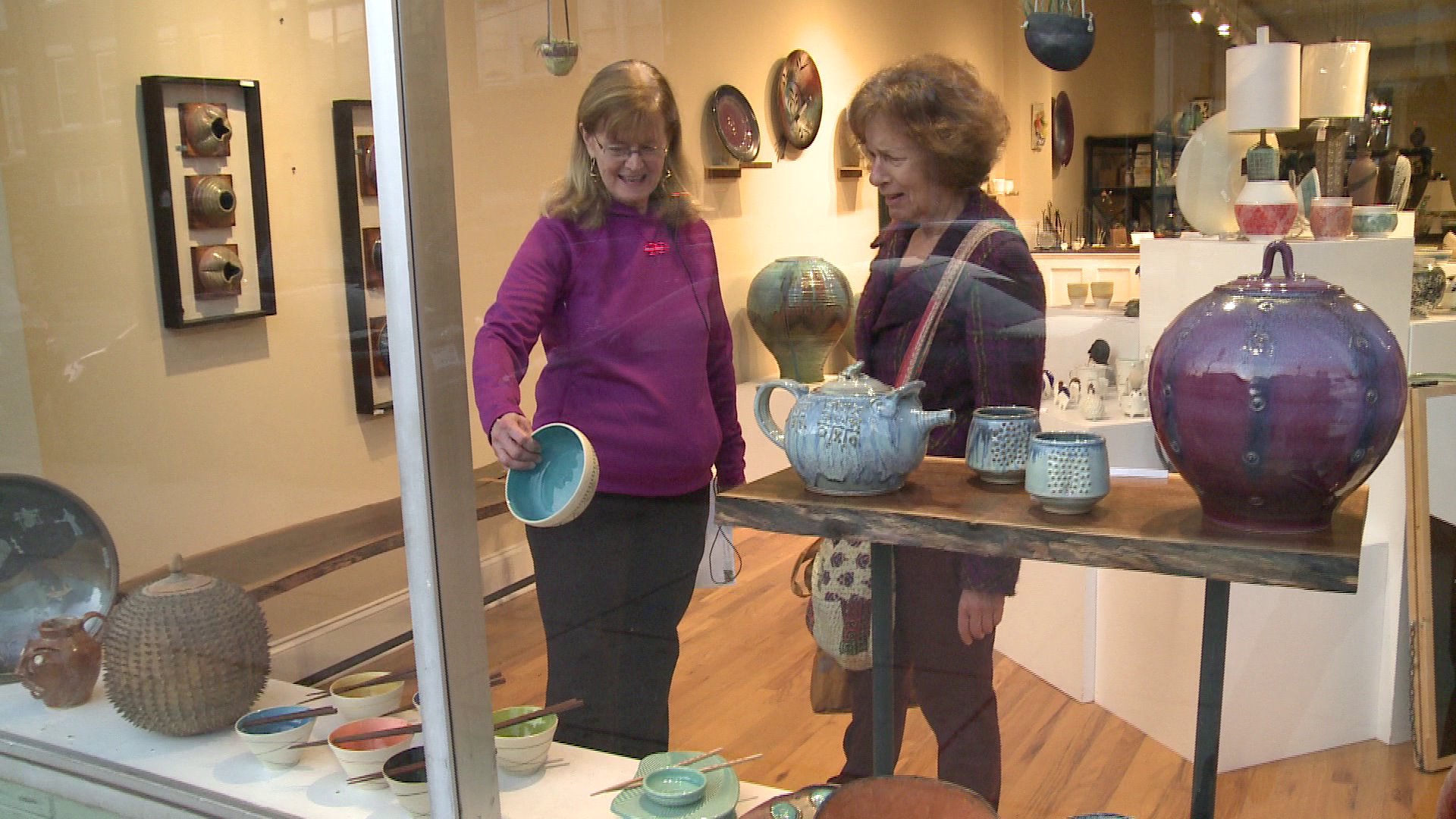 Their passion shaped and fired Shockoe Bottom Clay, a beautifully remodeled building filled with the works - and works-in-progress - of an amazingly diverse group of clay-throwers and sculptors.

"What's interesting about the gallery is we have no employees," Gaible said. "Everyone that has art space here . . . also works the front end of the gallery. And we have 30 local artists."

There are studio spaces upstairs and downstairs, along with a kitchen, common area, gallery and lots of kilns, big and little.

If it can be dreamed of in clay, chances are you can find it here.

"Mark and Susan are fabulous and I love what they've got going here," she said while working in her upstairs studio.  "But I have also been drawn to the history of Shockoe Bottom and what it means to be making pots here, given the history of the slave trade."

Shockoe Bottom has been so many things: An early southern port. A place where slaves were sold, hung and buried. A thriving industrial district with a thriving cafeteria. A flood zone. A place where beatnicks squatted in abandoned buildings. A thriving hangout for musicians and music lovers. A restaurant and club district. An off-and-on danger and dumb-trouble zone. A sprawling apartment and condo district.

"We really want to make a difference in the Bottom," Koslow said. "We want to see this type of thing - more of this type of retail space, art space, makers-type places - open up in the Bottom. We get a lot of tourists down here and they're looking for places like this."

Gaible said tourists arrive by training or touring the Bottom stop in on their way to or from the Poe Museum.

It certainly feels like a prime spot for galleries and artist collectives/hangouts.

So what would old-school Irving Koslow think of this new, artsy turn for his tough old building?

"He would be absolutely thrilled to see that we've fixed the building up," Mark Koslow said, "and we've done something with it."

There is a sweet symmetry to the idea that this old building popular with brick-masons from around the region is now a place where artists shape and bake clay in the raw.