Police have identified the victim as 52-year-old Arlene Woodson. The Medical Examiner will determine the cause of her death.

Firefighters were called to an apartment fire in the 200 block of Cornett Street, off Hanover Road, at 4 p.m Saturday.

When crews arrived five minutes later, they spotted smoke coming from the upper floor of a two-story townhouse.

"After forcing open the front door, units went inside, where they encountered floor-to-ceiling smoke on the second floor," Henrico Fire spokesman Capt. Taylor Goodman said. "While one crew searched for the fire, the other crews searched nearby rooms.
Once the fire was knocked down with the hose line, a deceased person was located on the second floor."

Crews called in the fire marshal and police department.

No one else was hurt.

Goodman said the Henrico Fire Marshal’s Office and Henrico Police Department are conducting a joint investigation of this incident.

A neighbor said she spotted smoke coming from the upstairs unit.

“I came down and I saw my husband and told him I said, 'I think something is on fire,'” she said. “So we came back and the whole back out there was lit up with smoke.”

She sad she was saddened by the loss because her neighbor was a "nice person." 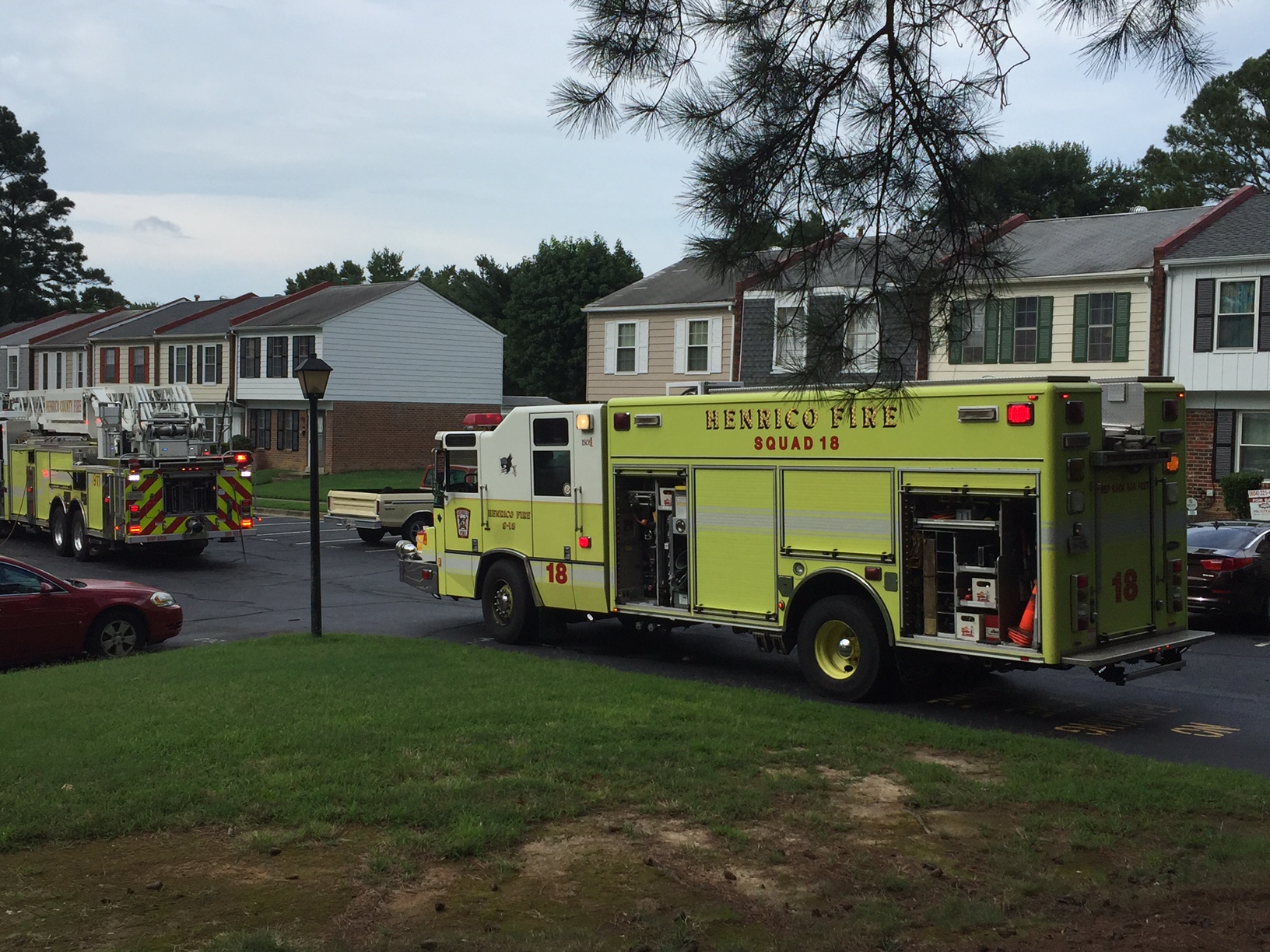