PETERSBURG, Va. -- The City of Petersburg issued a mandatory reduction of water consumption after a major water main break in the Battersesa area of the city Monday.

The break, believed to be caused aging infrastructure, was located in a 20 inch pipeline that serves as Petersburg’s main water supply from the Appomattox River Water Authority.

'Customers are asked to restrict water usage to those purposes that maintain the public health, safety and welfare of human and animal life,' the city advised. 'Prohibit using water for purposes such as watering lawns and/or landscapes, non-commercial car washing, filling swimming pools etc. This mandatory restriction is in effect for at least the next 12 hours or until crews can repair the water main.' 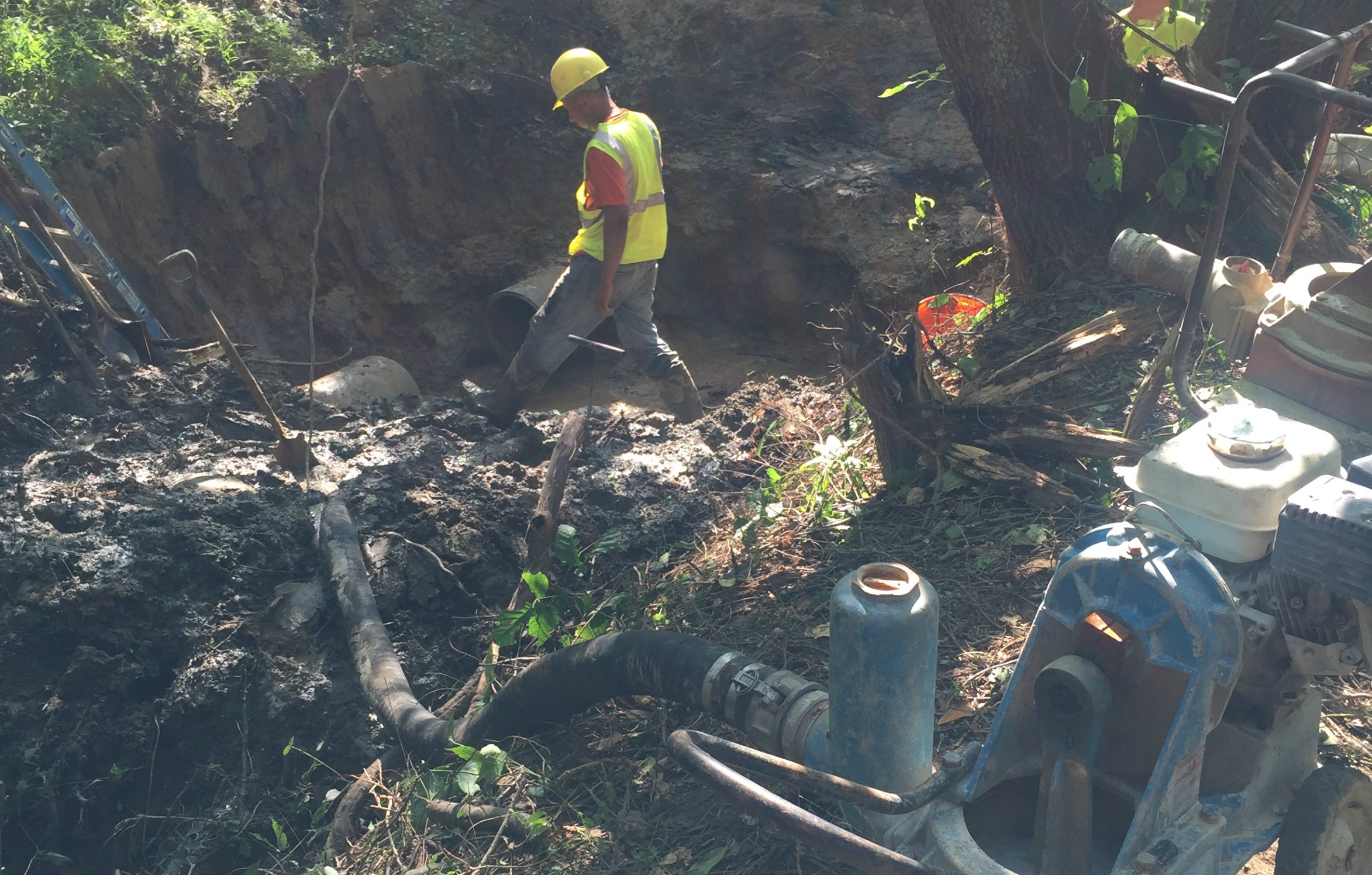 The mandatory restriction was for Petersburg residents and business owners.

The Petersburg Public Library had to shut down because of low water pressure.

At Maria’s Old Town restaurant they are trying to conserve at they can, despite a are dinner crowd at the location.

“Actually we had a group that was meeting at the library and they found the door shut,” said restaurant business owner Vincenza Crapa.

Crapa said she hopes the issue is fixed quickly because she doesn’t want this to be a weeklong ordeal.

He said utility crews fixed a major sinkhole near his property last year.

Now the problems are back.

Residents said they would like to see a long term solution to aging pipes, but are grateful Monday’s water main break was quickly addressed.

Petersburg utility crews said the water supply should be restored and water restrictions should be lifted by Tuesday morning.