Jessica Maclin says she is used to being followed, but typically it’s by guests she’s seating as a hostess at Cooper’s Hawk Winery and Restaurant in Short Pump Town Center.

“I was actually at the host stand and a guest said they saw a bear run across the front door,” said Cooper’s Hawk hostess Jessica Maclin. “I’m like no way, it had to be a bird. She said ‘no, no, no! It’s really a bear.’”

“I’m just like this has to be insane where did this bear come from?” asked Maclin.

Maclin and dozens of others watched as a bear cub did laps around and even in a pond at the Henrico shopping center. 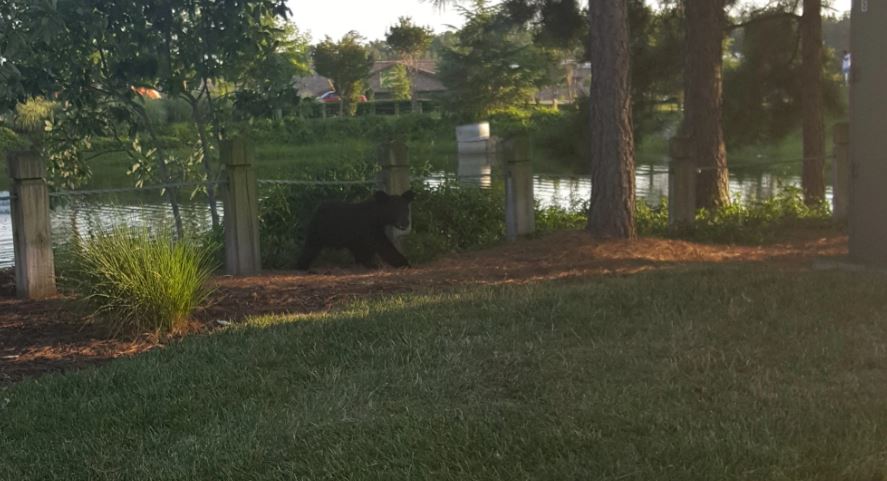 “He took a dip and came right out, he shook off a little bit,” said eyewitness Kiara Draper.

Draper was feet from the bear when she snapped a picture of the cub before he ran into traffic.

“He was just minding his own business trotting along and when he heard screams that startled him a little bit and he ran on across the street,” said Draper.

The cub ran in front of cars and headed east on Broad Street and he wasn’t alone.

“I was like what the heck he is moving so fast I really thought he was going to hit my car,” said Maclin.

The cub crossed paths with Maclin once again, this time in a Martin’s grocery store parking lot off Broad Street.

“I was like what are the odds?” said Maclin. “Oh my goodness, is he following me? Am I following him? Is he safe? What’s going on?"

The cub took off and hasn’t been sighted since Sunday night.

Game and Inland Fisheries officials said they are aware of the sightings.

They said it appeared to be a two-year-old cub under 100 pounds, most likely just leaving the den. They try not to catch and tranquilize cubs in the warm summer months unless it's critical.

Experts say it’s hard on their systems in the heat.

Stay with WTVR.com and watch CBS 6 News for updates.  If you saw the bear and snapped a photo, click the "submit your photo" button below to add it to the gallery.