Life jackets required on the James this Fourth of July weekend

RICHMOND, Va., -- The Fourth of July weekend began with swimmers taking extra precautions as high water levels were reported on the James River in Richmond.

By law, when water levels reach five feet and above at the Westham gauge (on the river left just upstream of the Huguenot Bridge) everyone on the river must wear a life jacket.

JamesRiverWatch.org reported the river height at 5.76 feet on Saturday afternoon.

Swimmers and kayakers getting in at Pony Pastor were met with a yellow sign warning of the high water danger.

"This is my first time tubing," Seth Barch said while putting on his life jacket, "I think I'm prepared. I know the river is much stronger than I am, so I definitely want to be carefully about it."

Last month, the James River water level rose crested at 12.5 feet, according to the National Weather Service. Virginia State Police and the Richmond Fire Department then rescued a woman and two girls from the rocks near Belle Isle.

Water levels are not expected to rise higher, but river-goers said they didn't want to chance their safety without life jackets.

"I hope we have a lovely afternoon floating down the river," Barch said.

Bacteria levels were a concern two weeks ago, however testing done by the James River Association Friday showed the bacteria count at a normal level. 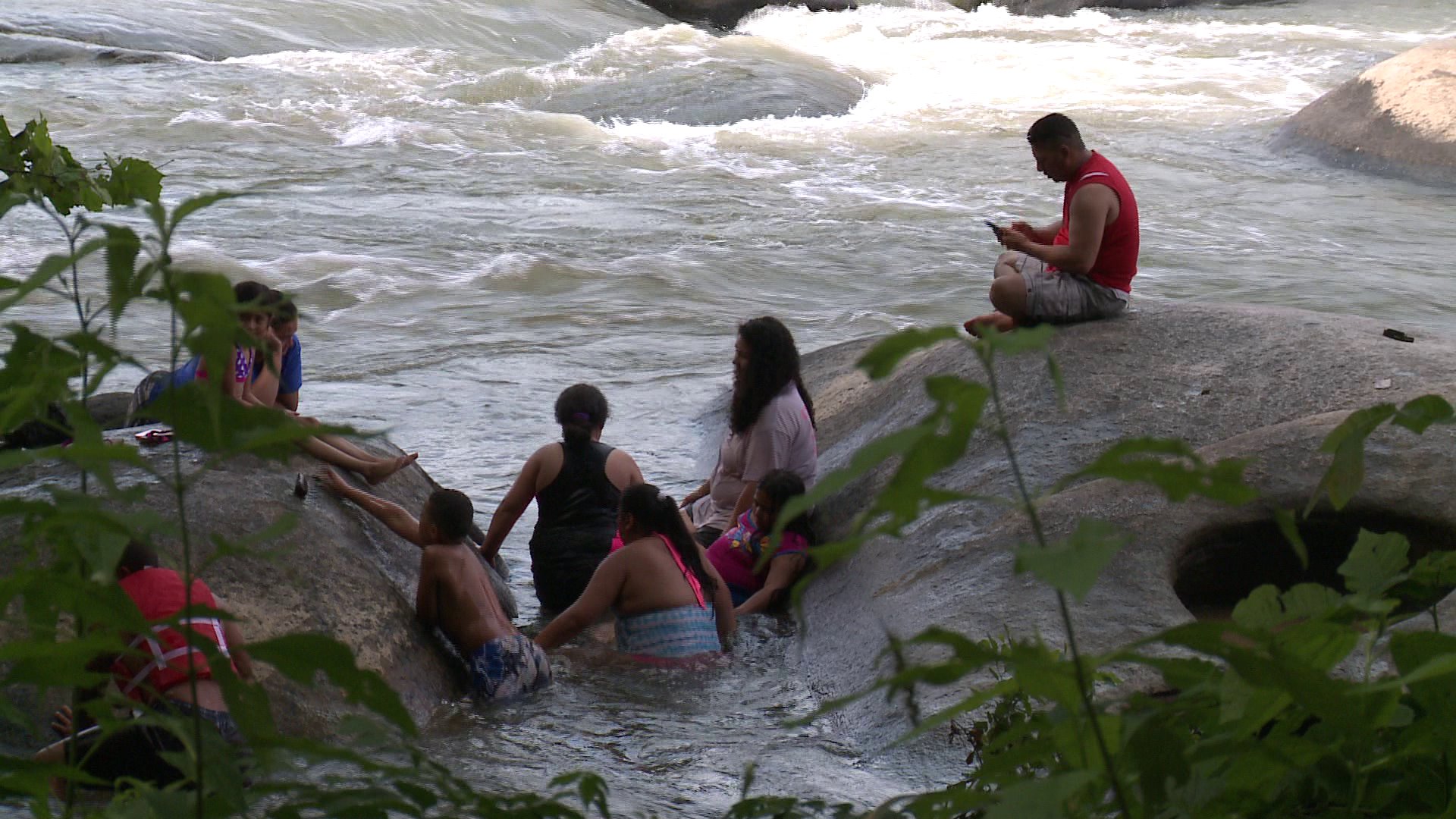