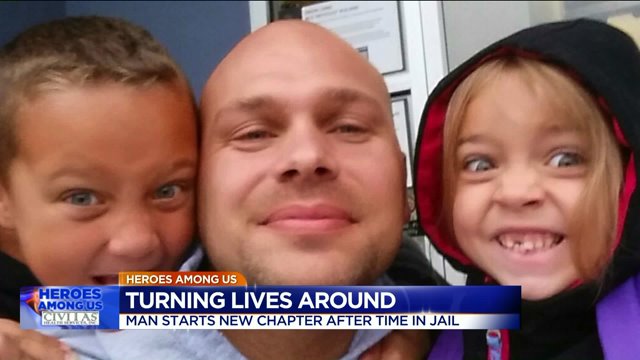 Greg McQuade features a Hero Among Us in a weekly series, for WTVR.com. 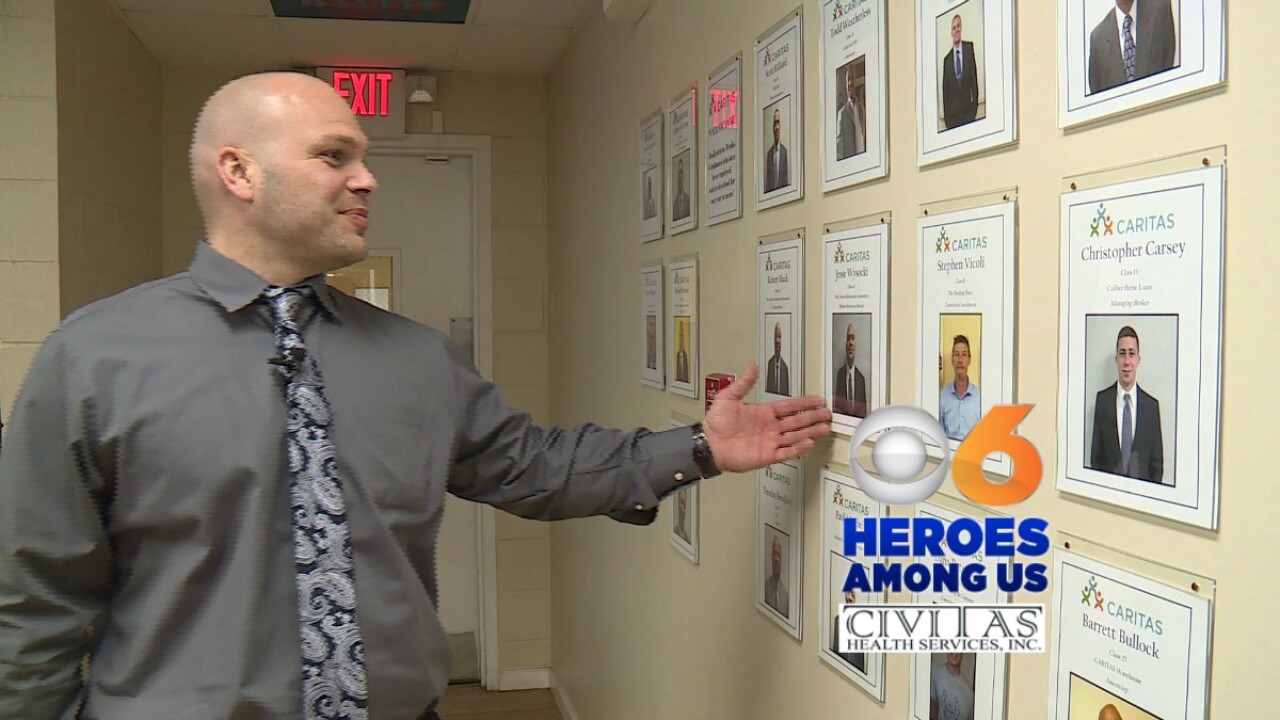 RICHMOND, Va. -- Jesse Wysocki doesn’t hide from his past; he embraces it.

“I failed at being a dad,” Jesse says. “I could tell you a bunch of excuses why. What I was doing was wreaking havoc in people’s lives it was a selfish stuff.”

The 37-year-old Richmond man who battled addiction spent the better part of 15 years in prison after he hit rock bottom.

Jesse back in the day

“My kids they came up to visit me. They said ‘Dad, you lied to us,’” Jesse says.

He needed to change. Four years ago he walked into the Healing Place, which is a sanctuary for men fighting personal demons. Jesse would thrive there.

“This is where they get their new life,” says Karen Stanley CEO of Caritas. “To see that it can be done is what makes all the difference in the world.”

“The emptiness, the homelessness the hopelessness, the despair? I’ve been there,” Alvin says. “Jesse has always been a leader and role model and outspoken.”

Jesse would also graduate from Caritas Works, a life skills program for men facing hurdles and trying to find work. Jesse landed a maintenance job and hasn’t looked back. He is now in charge of hiring at a Richmond area assisted living community.

“I did what was asked. I did the work. Continue to do the work. Next thing you know I am sitting in my own office as an HR Director,” says Jesse.

“It is so beautiful how this thing works. I can reach back and help others,” says Jesse.

Jesse has hired several men who graduated from Caritas Works, including Jeff Watkins.

“It sounds horrible but I didn’t see myself living past 30 years old,” Jeff says. “That is how I lived my life.”

Jeff, a former addict, who served several stretches in jail, credits Jesse for helping him turn his life around.

“Me and Jesse are not just friends we’re brothers. We’ve been through hell and back together,” says Jeff. “He is a life-long friend. I love him. I love him dearly.”

Jesse says it’s the least he could do.

“The same thing people saw in me I saw in him. Which was the potential,” says Jesse.

For the man who doesn’t sugarcoat his past -- his present has never been sweeter.

“It is great. I am blessed,” Jesse says. “I really am. I got a career; family and friends --who could ask for anything more.”

Jeff is so grateful for the help he received from his friend and mentor Jesse that he asked him to be in his wedding when he ties the knot next month.

The next Caritas Works graduation is set for Thursday, April 28, at the Healing Place. Fourteen men will receive their diploma and enter the workforce after turning their life around.

If you know of someone I should feature in my “Heroes Among Us” segment email me at Heroes@wtvr.com

If you want to learn more about Caritas Works click on the following link http://caritasva.org/works.html