Students walk out of school, pack City Council in search of funding

RICHMOND, Va. -- At least 100 Richmond students walked out of Open High School, a Richmond specialty school, Monday afternoon in protest of the City’s handling of money allocated to city schools.

Students from Open, and other Richmond schools, walked out at about 2 p.m. and marched to City Hall to ask Richmond Mayor Dwight Jones to allocate more money for Richmond public schools.  The high school students met up with several teachers, younger students and their parents at City Hall to hold a rally before Monday night’s city council meeting.

The meeting was so crowded, that police had to direct students, parents and teachers to overflow conference rooms on four other floors of City Hall.

The student organized walk out and rally was in response to the school system's $18 million budget gap.

In March, Mayor Jones released the new budget for the 2017 fiscal year, which included only $5 million of the $18 million requested to fix aging school buildings and address safety and health concerns.

“If they are trying to make Richmond great, they need to start with the schools, it starts with education,” a student who participated in the walk out told CBS 6. “I feel very disrespected, I feel Richmond doesn’t care and like I said it makes no sense.” 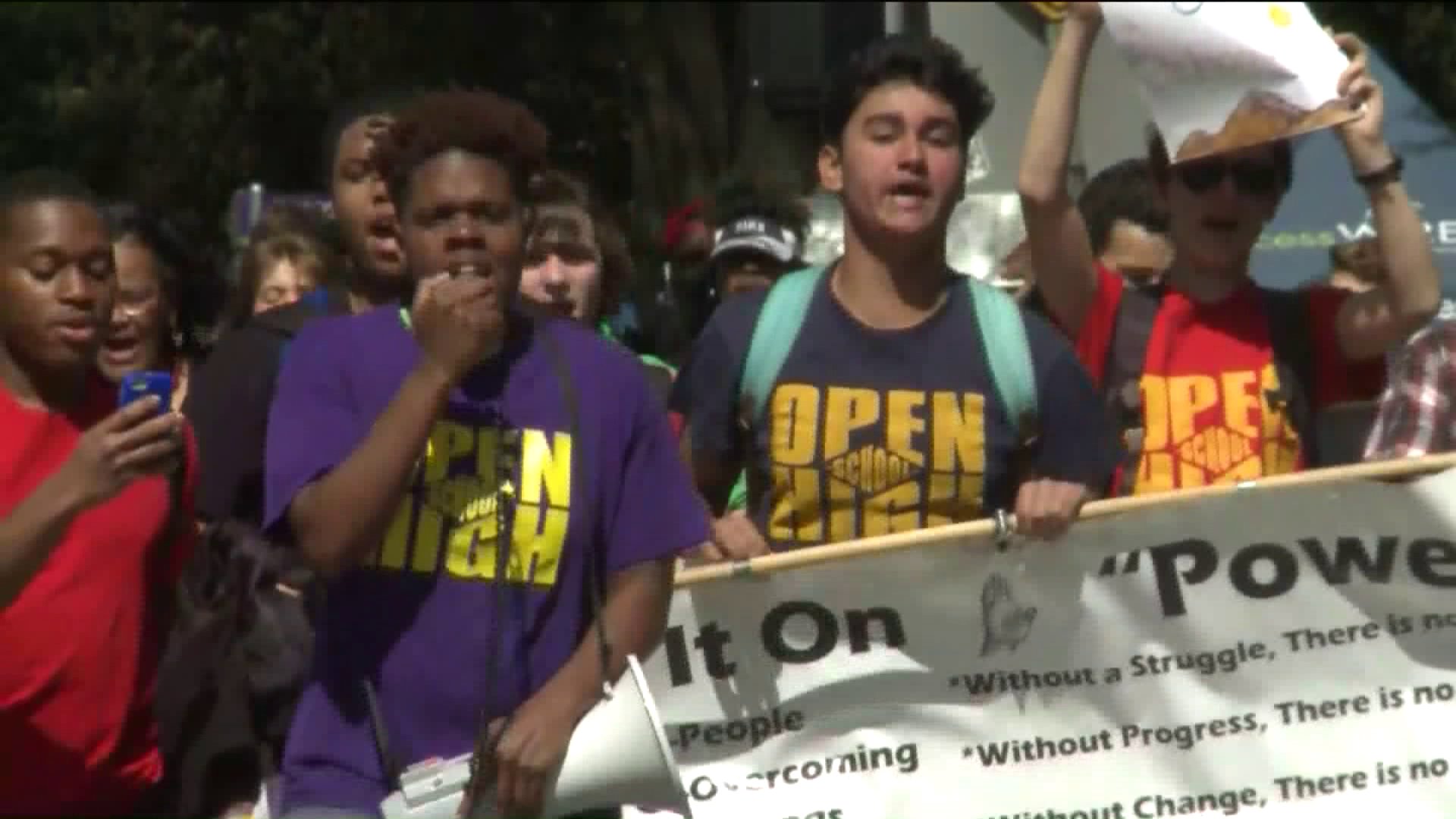 Students, teachers, and concerned parents have recently spoken with CBS 6 about what they call deteriorating and dangerous conditions inside some public schools in Richmond.

Fairfield Elementary teacher Kimberly Bailey brought five of her students to Monday night’s meeting to speak to council members about the hardships students face in the classroom.

“You haven’t been to our schools to see the conditions of our schools,” Bailey said.  “To see how next week, when my students have to do benchmark testing, we will have to pull computers from 5,6 or 7 classrooms only to serve a group of 25 students.”

“I think that student’s feel the pain more than anyone,” she said

Gray said Richmond saw an $18 million increase in revenue and Richmond Public Schools wants a share of that.

“If we don’t get fully funded, eventually we’re going to have to eliminate positions,” Gray said.

RPS Spokeswoman Kenita Bowers said while they applaud these students for taking a stance, they don't want the distractions of the budget to take away from their academics.