The Blue Raiders took an early lead against the Spartans and mostly dominated what is considered to be one of the most versatile teams in the country.

MTSU is in the NCAA Tournament for the second time in four years in what is the 14th season under coach Kermit Davis. Giddy Potts is the Blue Raiders’ leading scorer, averaging 15.0 points and 5.5 rebounds, and he shoots 50.3 percent from 3-point range. Reggie Upshaw is averaging 13.8 points and 8.7 rebounds. 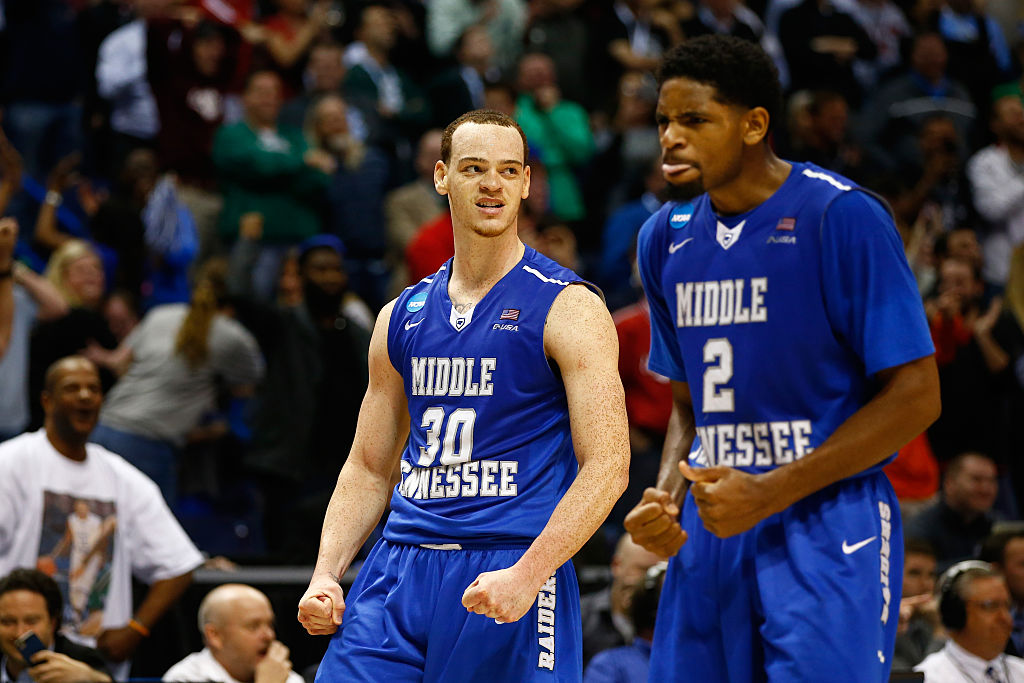 The Blue Raiders have appeared in the NCAA tournament just eight times.

Michigan State, with senior Denzel Valentine, was picked by a strong majority to win the tournament, or at least make the Final Four. Valentine has been flirting with a triple-double almost every game in the postseason and the team had an overall strong offense. Regardless of who’s scored the points, the entire team is considered one of the best defensive teams in the country.

The big showdown was expected in the Elite Eight when No. 1 seed UVA Cavaliers were expected to face the Spartans. UVA has twice lost in tournament to the Spartans. Those who thought the third time would be a charm for Virginia may breathe a little better.

Fifteen seed upsets are rare, and the MTSU victory over the Spartans makes for the eighth one. The last 2013 when Florida Gulf Coast picked off Georgtown, but lost their second match.

The Blue Raiders play Syracuse on Sunday, channel and time to be announced.