CHESTERFIELD COUNTY, Va. -- One person was arrested after police recovered drugs and two guns from the scene of a two-vehicle crash in Chesterfield, according to police sources. Jack Glass, 20, was charged with felony hit and run, obstruction of justice, and reckless driving following the Monday evening crash. More charges are pending the outcome of the investigation.

The crash happened at the intersection of Centralia and Old Wrexham Roads after two cars were seen driving recklessly on Old Wrexham. A third car t-boned one of the vehicles as it pulled out on to Centralia Road.

The crash sent one man to the hospital with non-life-threatening injuries.

People living along Centralia Road, near Chesterfield Meadows, said they were getting used to seeing crashes like this.

"I heard a boom and told my husband, ‘Oh, there's another accident,’" said Cynthia Bittle.

But what police said happened after the crash had a community buzzing with concern.

When the gold Pontiac was struck by a black SUV at the intersection, the people in the Pontiac jumped out and tossed two guns while running from the scene. Both suspects were apprehended by police. Glass was arrested and the person was questioned and released.

"He had already jumped the fence,” neighbor Lindsay Taylor said. "The fact that they dropped guns in my neighbor’s backyard is terrifying." 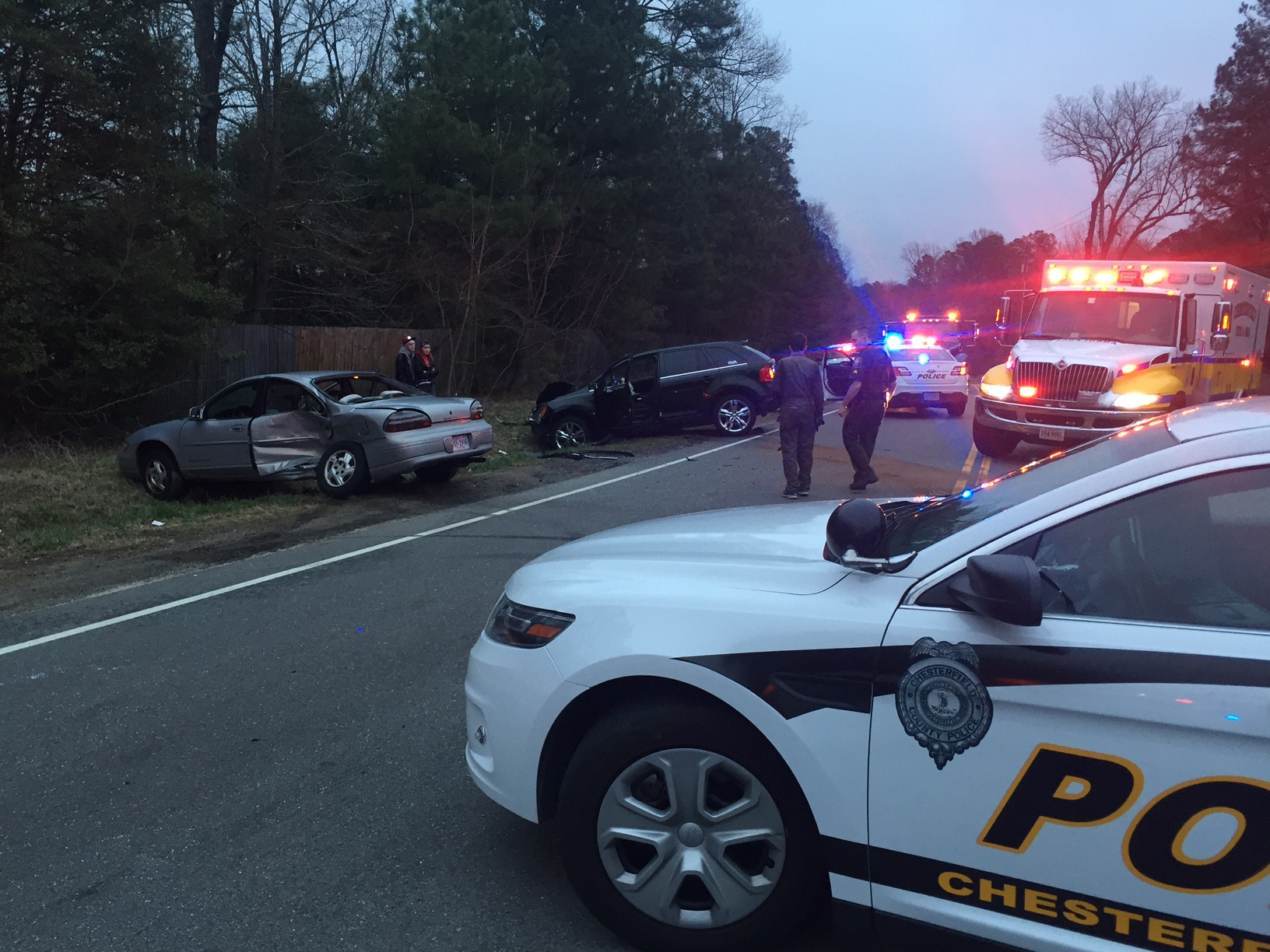 The driver of the second car driving recklessly was located and issued a written summons.