TAPPAHANNOCK, Va. -- Tappahannock, a small town is Essex County, was one of the communities hit the hardest after a 28-mile tornado ripped across Essex County Wednesday.

The EF-3 tornado, with speeds of 140 mph, completely destroyed homes in the region. While no one was killed during the tornado, at least 25 people were injured.

One of those victims was Joann Evans best friends. She said her closest friend is currently in the hospital after surviving a tornado that demolished her home.

"Just trying to pick up some of her belongs, she is (lives) in a mobile home back there," Evans said.

Evans lives just a few miles away in Tappahanock, but her home wasn't touched. Some people who live near here though, are among the Tappahanock residents who faced the tornado head on.

"I mean, you're right, how do you survive that?" Spencer Scott asked.

Spencer Scott's brother rode out the massive 28-mile tornado with his three kids in a closet and survived.

The closet still stands, but the rest of the house is in shreds.

"It's a miracle really," Scott said. 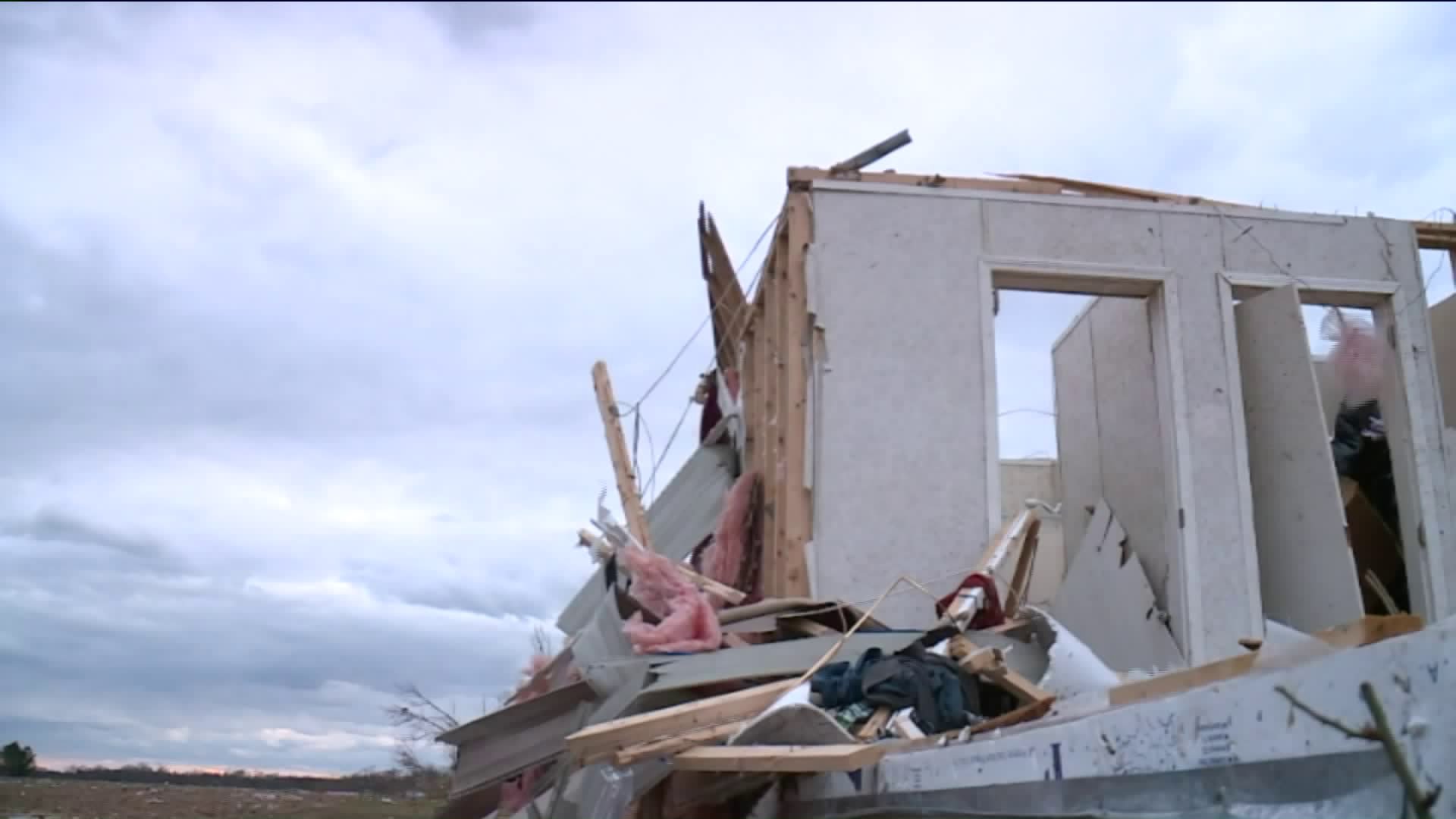 Scott's niece’s tutu hangs at the entrance to the closet, cooking eggs lay around the yard, and the family's refrigerator was thrown several feet from the home.

Those are the reminders of what life was like before the tornado had its way.

"Pretty much you lose everything in the blink of an eye it's all gone," Scott said.

Across the water from Tappahanock, Naylor’s Beach, was another area hit hard by the 28-mile tornado.

The community was even closed to the public, according to the Richmond County Sheriff’s Office.

“Due to numerous homes being damaged and completely destroyed in the area of Naylors Beach, the public is being asked to please avoid the area to facilitate the arrival of additional public safety resources,” the sheriff’s office posted on Facebook.

A command center has been established at the old Southern States, at  1616 Tappahannock Blvd. Residents are in need of nonperishable items, household items, clothing, feminine products, diapers, and water.

A person will be there to receive items daily, until around 5 p.m.

If you would like more information about how to donate to other areas hit by Wednesday’s storms and tornadoes click here.

"It was truly a blessing for everybody to have survived down here looking at the destruction that it caused," Scott said