How much snow will fall — and stick — today

Richmond, Va. -- A storm system will track off the Southeast U.S. coast today.  We'll be on the northern fringe of the storm, but this will produce snow into this afternoon.

Surface temperatures were above freezing this morning, but the falling snow has allowed temperatures to drop into the lower 30s. 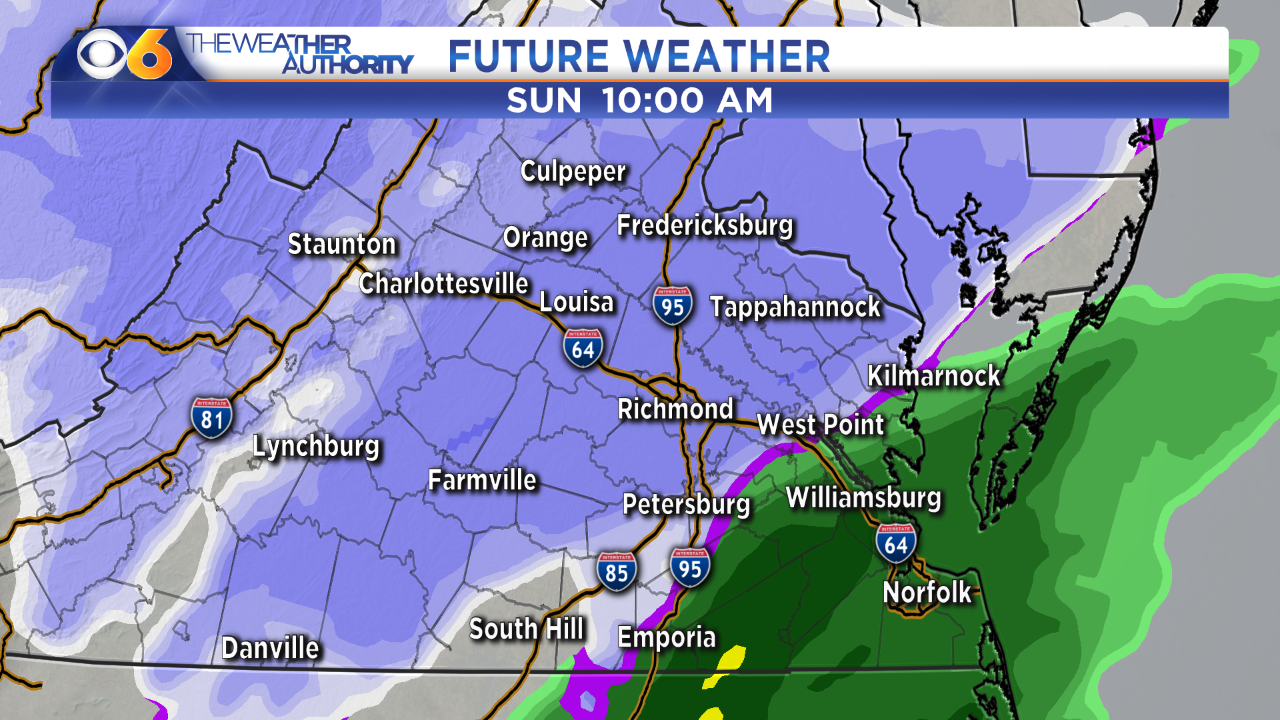 Most road surfaces will stay warm enough to prevent any accumulation, but there may be slick spots on secondary roads.  Accumulations of up to 1" to 1.5" will be possible on grassy surfaces, signs, cars, decks and some sidewalks.  A few isolated higher amounts will be possible through parts of southeastern Virginia and the Middle Peninsula.  Once the snow ends, we may recover a few degrees this afternoon, and any snow that does accumulate will start to melt.

A cold front will pass through this evening, ushering in much colder air and perhaps causing a few flurries.  Lows will be in the low/mid 20s for most areas, but a few upper teens north and west.  Wind speeds will increase towards morning, producing additional wind chills.  Any areas that do not dry up later today may turn slick after sunset.

Arctic air will settle in through early Wednesday.  Highs will be in the lower 30s Monday and Tuesday with overnight lows in the single digits and teens.  For this season so far, the coldest Richmond high has been 31°, and the coldest low has been 16°.  Both of those temperatures occurred on January 5th.  The last time it was colder than that was the end of last February.

We should get back to around 40° on Wednesday and into the low and mid 40s on Thursday.  Normal temperatures for this time of year are highs in the upper 40s and lows in the upper 20s.