HENRICO COUNTY, Va. -- Two local girls showed off their cooking skills Tuesday night on Chopped Junior program on the Food Network. One of them even took home the top prize.

The junior cooks were competing in the cooking show, where they had to whip up a dish using a bag of mystery ingredients.

Emily said she learned how to cook from watching her mom in the kitchen and because she watches a lot of the Food Network. Claire said she’s been cooking with her dad since she was three years old. 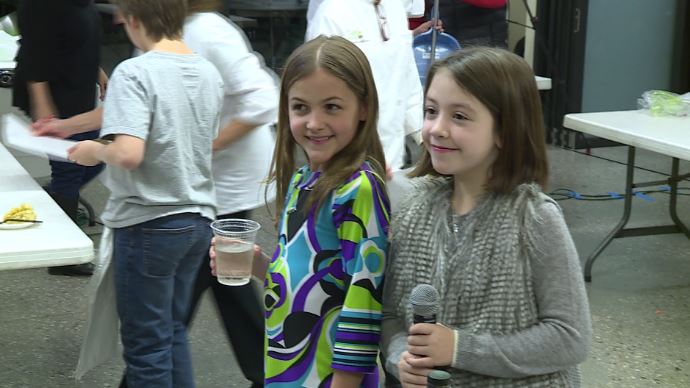 The show actually taped in August, but the kids held a watch party for their episode Tuesday night.

The girls said they were nervous when they started taping the show, but meeting each other helped.

“I was kinda scared, but I met Emily and I felt OK. I was just nervous all the kids there were going to be mean,” Claire said. “We are really happy that we met each other and we cheered each other on.”

"It was really nerve wrecking but overall it was just a really amazing experience and to be able to do that no matter what the outcome was just really great," Emily said.

At the watch party, the little culinary stars also donated $1,000 to FeedMore to support programs dedicated to feeding children, families, and seniors in Central Virginia.