CHESTERFIELD COUNTY, Va. -- A Danville man was charged with attempted capital murder of a police officer and felony eluding after a high-speed police pursuit that started in Amelia County ended with a crash near Cosby High School in Chesterfield, police confirmed. Derrick T. Edmonds, 32, of Danville, was taken to the hospital after the crash. His condition has not yet been released.

Students at Cosby High School posted pictures and video on social media when police pursued Edmonds through part of the school's parking lot. The pursuit along Hull Street Road crossed into Chesterfield at about 6:55 a.m., a Chesterfield Police spokeswoman confirmed.

In case you missed the early morning entertainment.. Ps ignore my sisters and I yelling😂 @CBS6 @NBC12 pic.twitter.com/hlbIb2EGhj

The officer whose car was struck and Edmonds were taken to the hospital for evaluation. A CBS 6 photojournalist saw a car crashed outside the school on Hull Street Road and Fox Club Parkway.

"Earlier this morning, Chesterfield County Police were involved in a high-speed pursuit through several counties including Chesterfield," Cosby's principal Dr. Brenda Mayo wrote in a message to parents. "Our students and school are safe, and there is no danger." 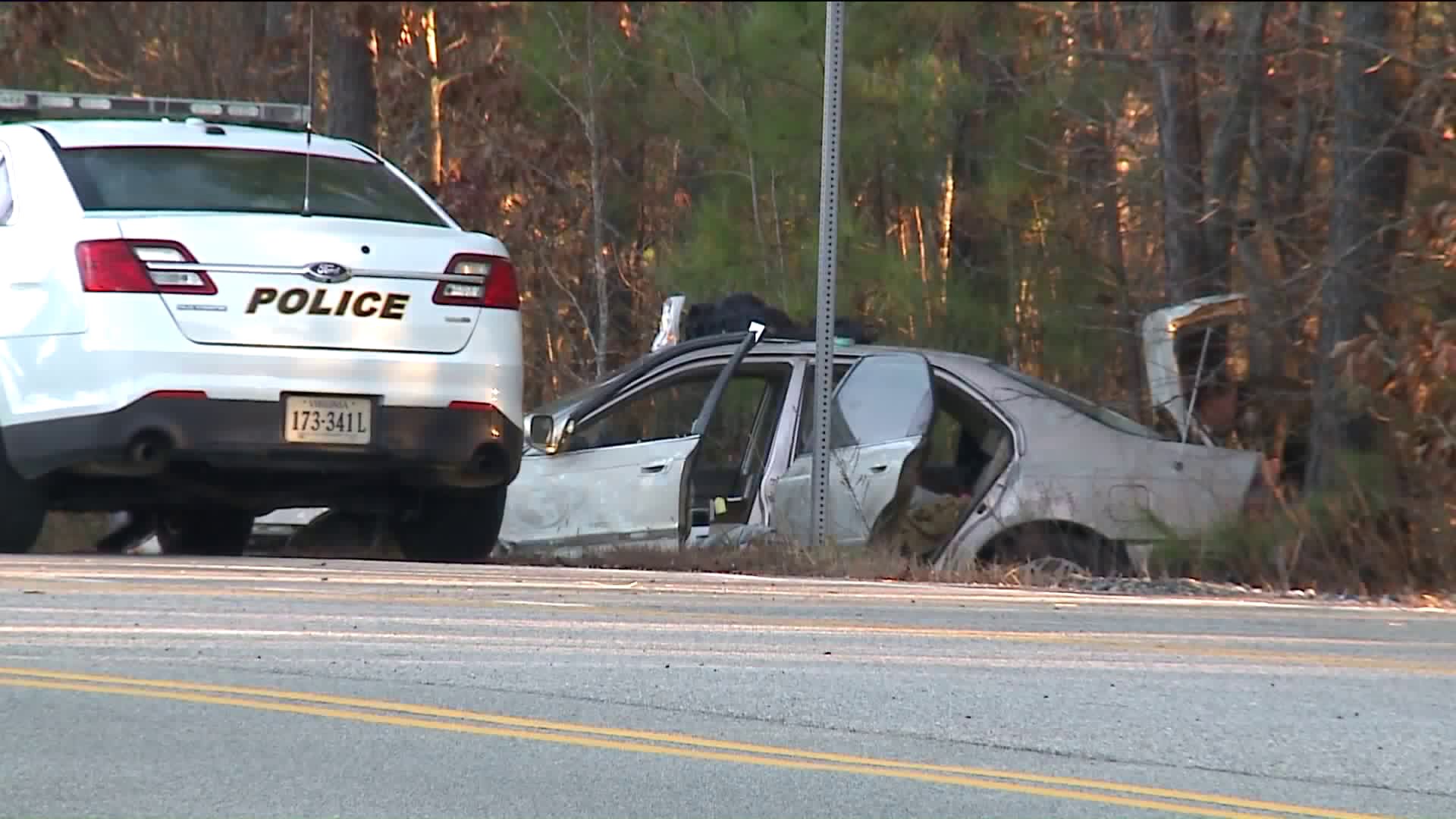 Edmonds was the only person in the suspect vehicle. Anyone with additional information can submit a news tip here.