Dealership teams up with Richmond Animal League for Black Fur-Day

RICHMOND, Va. -- Black Friday shopping can cause consumers to pant and paw at a good deal, but at the Pence Subaru dealership in Midlothian their sales will leave you drooling.

“We say we have the cutest and furriest Black Friday special anywhere you can find in Richmond,” said Elizabeth Thomas with Richmond Animal League.

Richmond Animal League’s is looking for a few good homes for animals in need. The “Share the Love” event happened on this day right in the middle of a new car showroom.

“Pence is thrilled. We’re all animal lovers,” says Sallie Johnson with Pence Subaru. “Last year we raised over $11,000 just for the Richmond Animal League. We’re hoping to do better this year.”

It’s called Black Fur-Day. In addition to reduced RAL adoption fees, Subaru donates $250 to charities like the ASPCA for every car purchased at the event. The money helps Richmond Animal League with their life-saving mission.

“We had a lot of people looking for a car and looking for a dog to put in the car,” Thomas said. “Adding a pet into your family can do so much.” 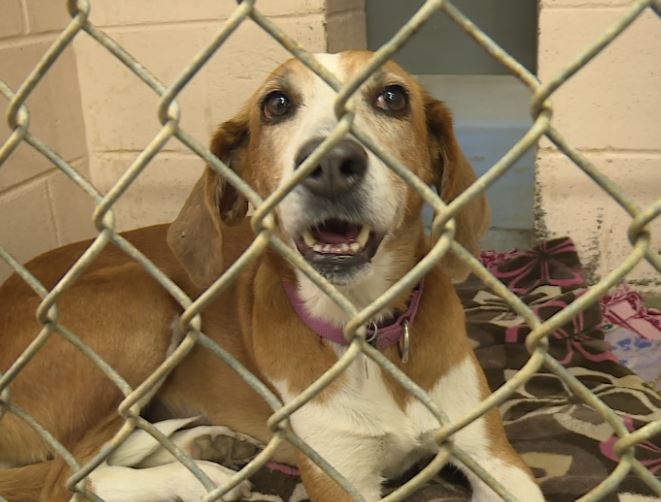 Taylor and Dallas Handy are thankful they walked into the dealership.

“I just like giving an animal a home that might not have had a good start in life a better home,” Dallas Handy said. “I’m just happy that I’m bringing a new piece of the family home now.”

While they didn’t drive away with a new four wheels they did walk away four paws in the form of a months old bloodhound mix named Josh.

“We’ve been looking for a while,” said Taylor Handy of Richmond. “We kind of like gifts that keep on giving. And that is what a dog does.”

“Pets that are adopted from here might have that extra something that really gets into your heart,” Thomas said. “They are truly grateful for the love they you can provide them.”

Richmond Animal League will hold another special adoption event called Operation Silent Night from Dec. 9 through 23. During the event next month RAL is hoping to adopt 200 cats and dogs.