Tracking a strong storm system for this week

Richmond, Va. — Energy moving into the western United States will merge with energy and moisture moving into the Plains to form a major storm system that impact much of the country this week. 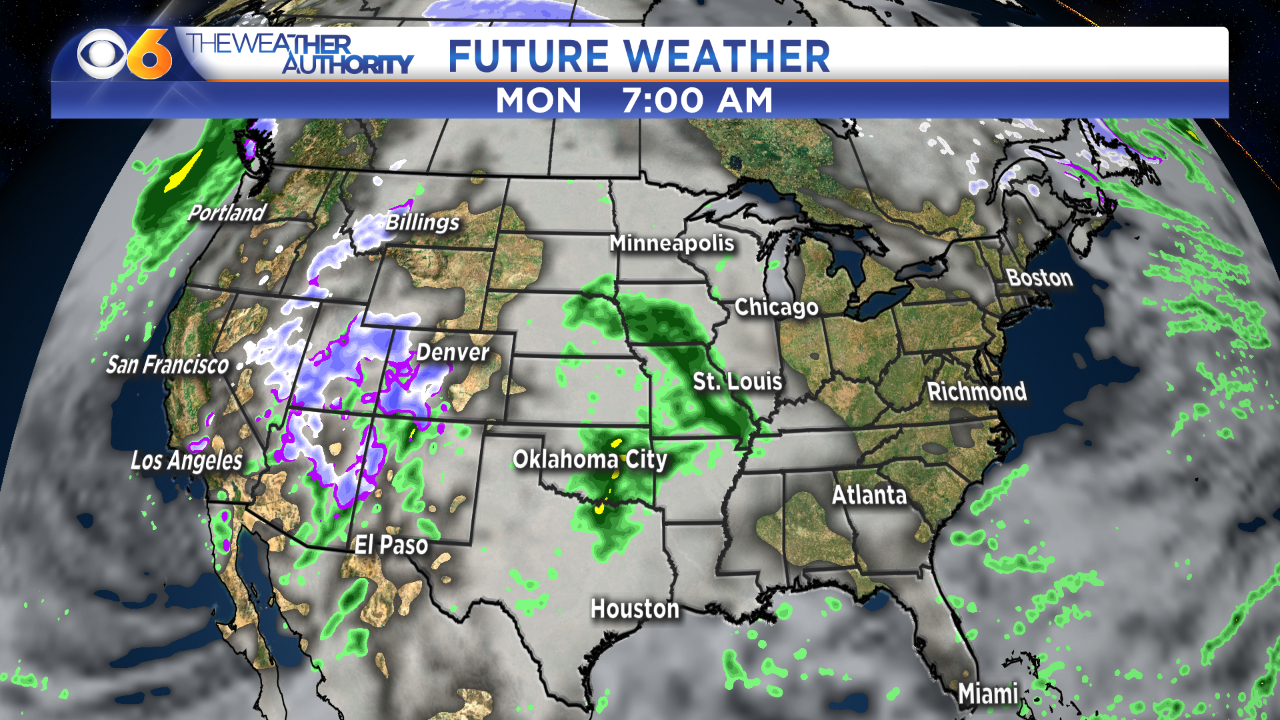 On the warmer side of the storm, heavy rain and strong to severe storms will spread from the Plains into the Mississippi River Valley from Monday into Tuesday and Wednesday.  Rainfall amounts over three inches will occur from parts of Oklahoma into Arkansas and Missouri.

Heavy snowfall will occur in the Rockies, where over one foot may fall in the highest elevations.  This snow will then spread into parts of the Plains heading into Tuesday and Wednesday.  Blizzard-like conditions are possible across parts of Nebraska and Kansas along with potential snowfall amounts exceeding five inches.

For local impacts to Virginia, we will be on the warm side of the storm, and dynamics when the front moves through our area will not be as strong.  We could see a few scattered showers on Wednesday with highs in the upper 60s and lower 70s.  The swath of steadier rain should arrive Thursday morning and may get into the Richmond metro area by the morning rush.

We will see periods of heavier rain during the morning and midday, and then rain will taper off from west to east during the afternoon.  Ahead of the cold front, a few thunderstorms will be possible.

Rainfall amounts will likely be a half-inch or more.  Some of our computer models are showing the potential for rainfall of 1.25″ or higher, but the speed of this system will probably prevent totals that high.

Behind the system, cooler air will move in for the end of the week.