The training comes in the wake of three people being shot and injured at a mall in Indiana in October. Then in September, an officer was shot and killed at a mall in Columbia, South Carolina.

David Higgins with Chesterfield police said being prepared is key.

“God forbid something like this would ever happen but the more you train and the more you practice makes everybody more prepared,” Higgins said.

Photos taken Sunday during of the drill at Chesterfield Towne Center before the mall opened show officers treating the wounded and searching for a suspect.

A number of people said they were glad the county is being proactive, especially at time when mall shootings and school shootings are no longer unheard of.

“It’s important because of things that are going on not only in this country but around the world and I think people need to be prepared,” shopper Michelle Belle said.

“I don`t want to say it`s the norm now, but it’s nothing to hear about a school getting shot up, again," shopper Roger Brown said. “It happens a lot.”

Police warned if you are ever near a large-scale emergency situation, get as far away from the threat as possible.

“There`s a lot of organized chaos at the beginning of those situations. A lot of emergency vehicles a lot of confusion, a lot of people seeking assistance,” Higgins explained.

While shoppers said the officers never need to utilize the procedures they practiced, they are grateful for the practice.

Chesterfield police also noted that this type of training is important before the holidays. 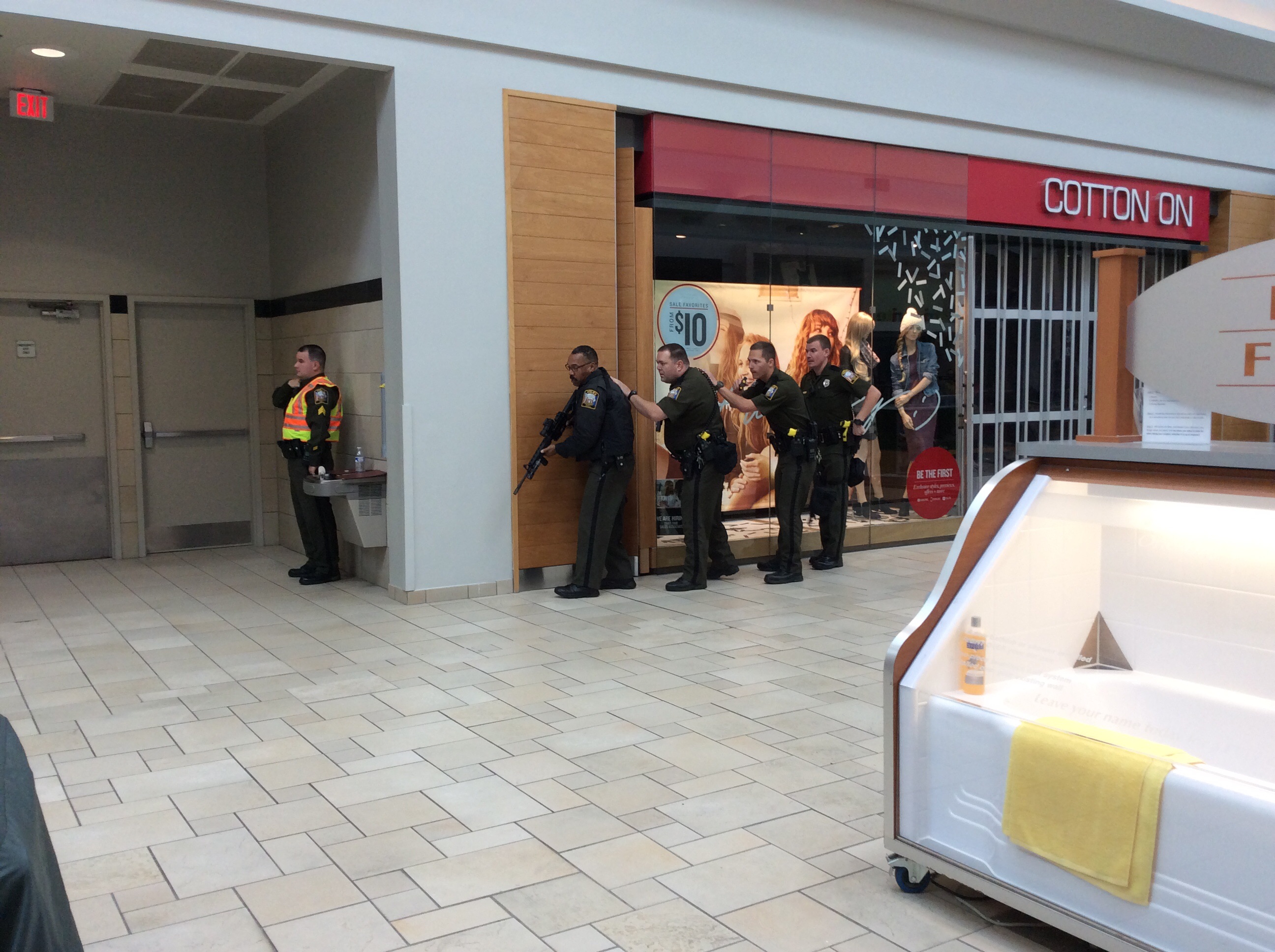