Is Virginia’s juvenile justice system doing what it should be doing?

RICHMOND, Va. -- Adults who were incarcerated as teens joined artists, community activists and policy experts at a rally for juvenile justice reform outside the State Capitol Friday.

The participants marched down Broad Street, holding art made by incarcerated children, to ATLAS, ART 180’s art center for teens and youth.

“Virginia is number one in the nation for school-based referrals to the juvenile justice system,” Lorraine Wright, Juvenile Advocate, said.

Gina Lyles attended the march and said she was incarcerated as a teenager. She said she got into trouble because she was in and out of foster care for years, and she acted out.

She said her time in the juvenile justice system did not rehabilitate her.

“There were a lot of fights there, a lot of kids that were depressed with drug issues, very suicidal, it was a very toxic environment,” Lyles said.

Instead, she said it led her back to prison as an adult. 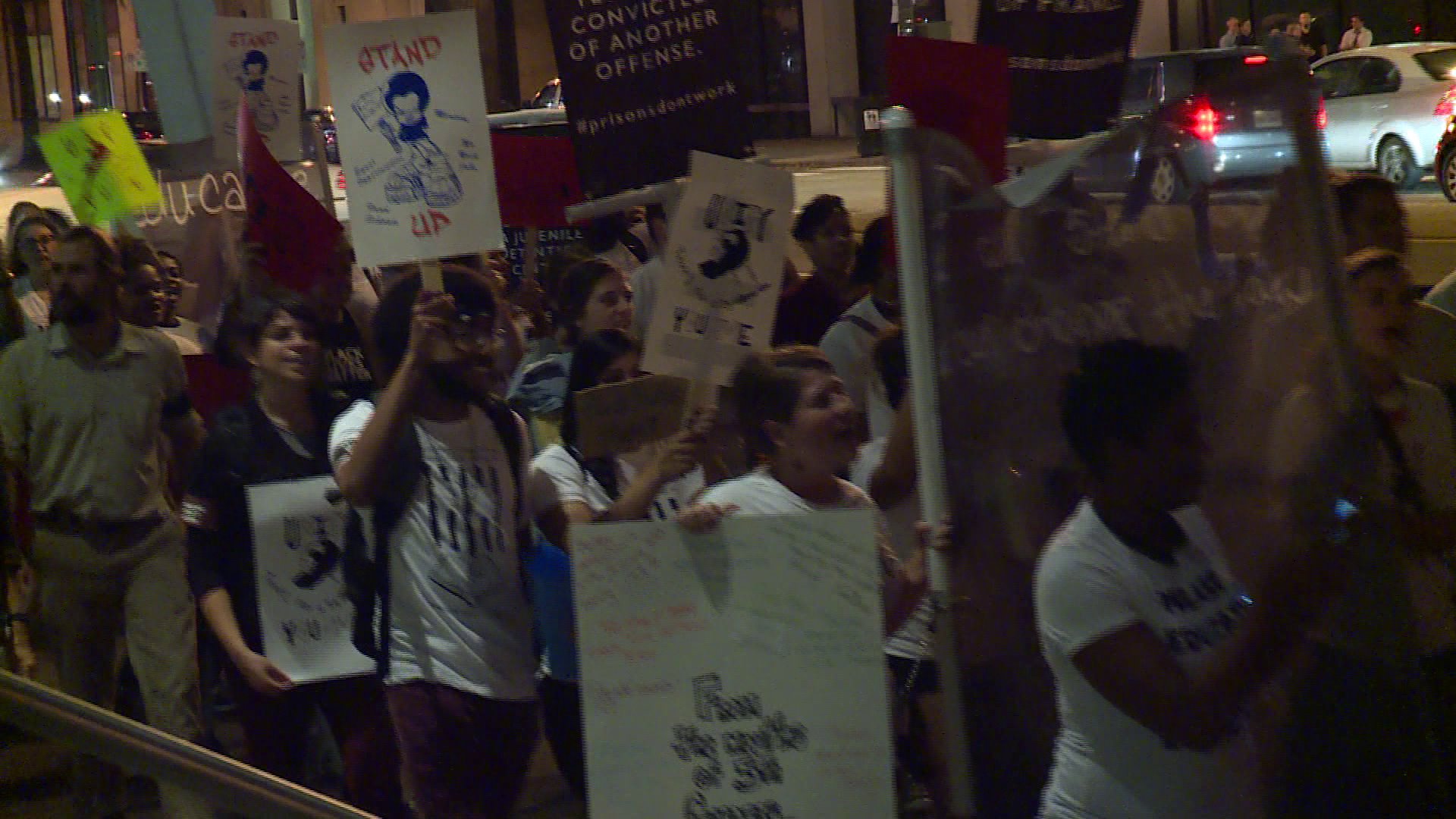 In fact, data from the Virginia Department of Juvenile Justice shows nearly 80 percent of juveniles are arrested again, after being released from their juvenile correction centers.

“It was that same behavior pattern thinking I had no other place to turn but to do criminal activity,” Lyles said.

Daquon Beaver said he was arrested at age 14 in Henrico and was sent to jail for seven years.

Beaver is out now, but said the system is not working.

“It's a crazy place, the education is terrible.  I remember in 12th grade I was getting paper sheets with questions like, who discovered America?”  Beaver said.

Beaver said his experience inspired him to advocate for alternatives to jail.

“I feel like programs that could teach our youth more than punish, to rehabilitate instead of push down,” Beaver said.