Officials said a trooper found 43-year-old Vernon Huff of Caroline County suffering from multiple gunshot wounds after his truck crashed and overturned at the 102 mile marker in Caroline County around 2:40 a.m.

Huff was flown by State Police Med-Flight helicopter to VCU Medical Center where he died from his injuries late Friday morning.

"It was devastating. I was like oh my god…not my baby brother…I mean, who would do this to him?" Woolfolk asked.

Woolfolk said the father of two moved from North Carolina to Caroline County a few years ago, and worked a variety of jobs, including a truck washer and bouncer. 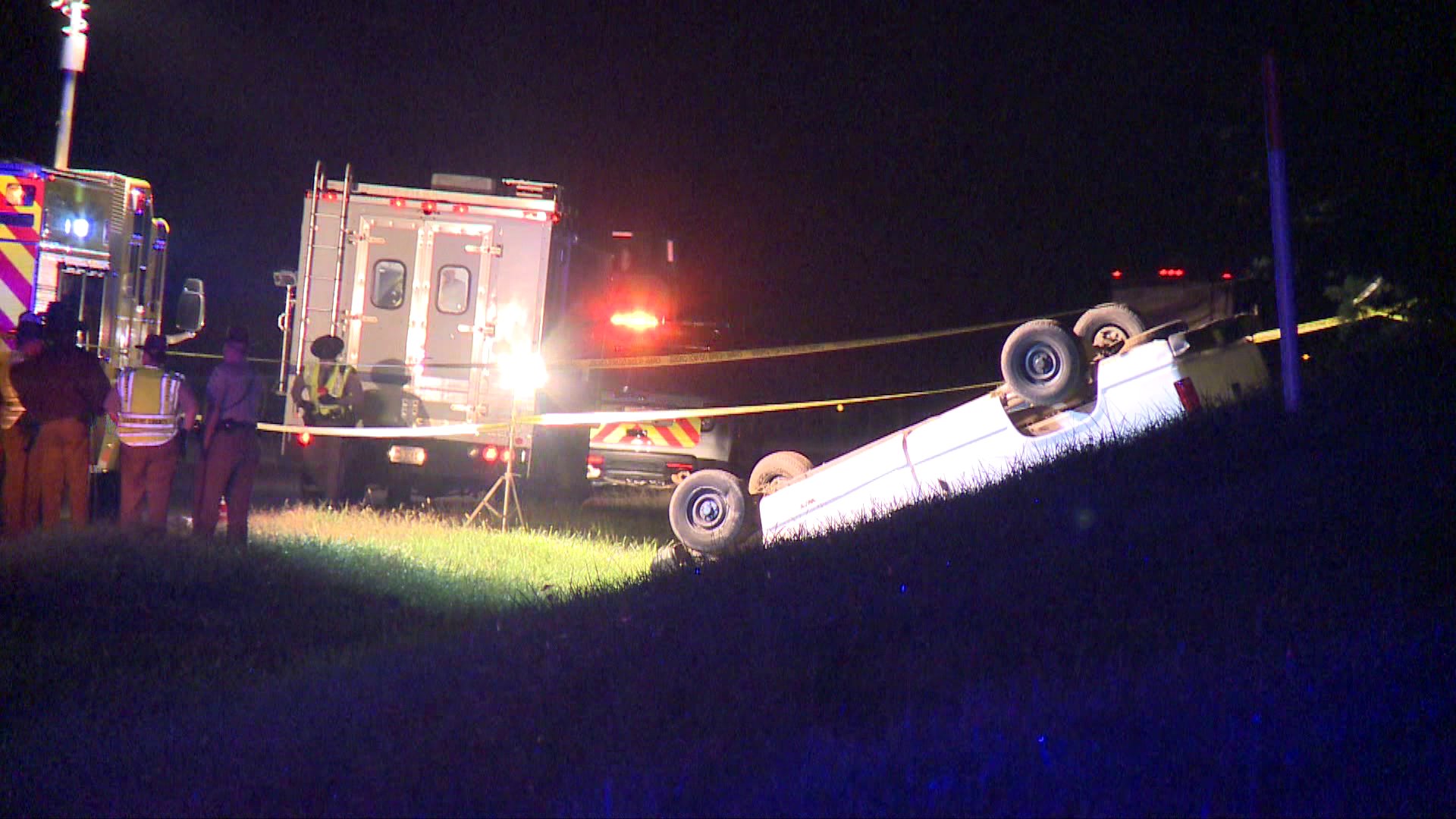 She said she is at a loss about what happened. "He passed by his sister house. I just believe he was on his way to go home. I don’t know," Woolfolk said.

She said she last saw Huff on September 17 at a family reunion.

"He was showing me that truck that y’all saw on TV. He said ‘I got a new truck you like this?’ I said, go ahead on bro, I like that," Woolfolk said.

Now, Woolfolk said she can't get the image of the pick-up truck out of her brain, and it's a picture that leaves her with so many questions.

"I just don’t know. In the end God’s going to reveal it to us," Woolfolk said.

State police said Friday evening they were still working to retrace Huff’s movements leading up to the shooting, but that all indications point to an "isolated incident" and there does not appear to be a a public safety threat.

If you have information about this incident that could help investigators, call Virginia State Police at 804-553-3445.