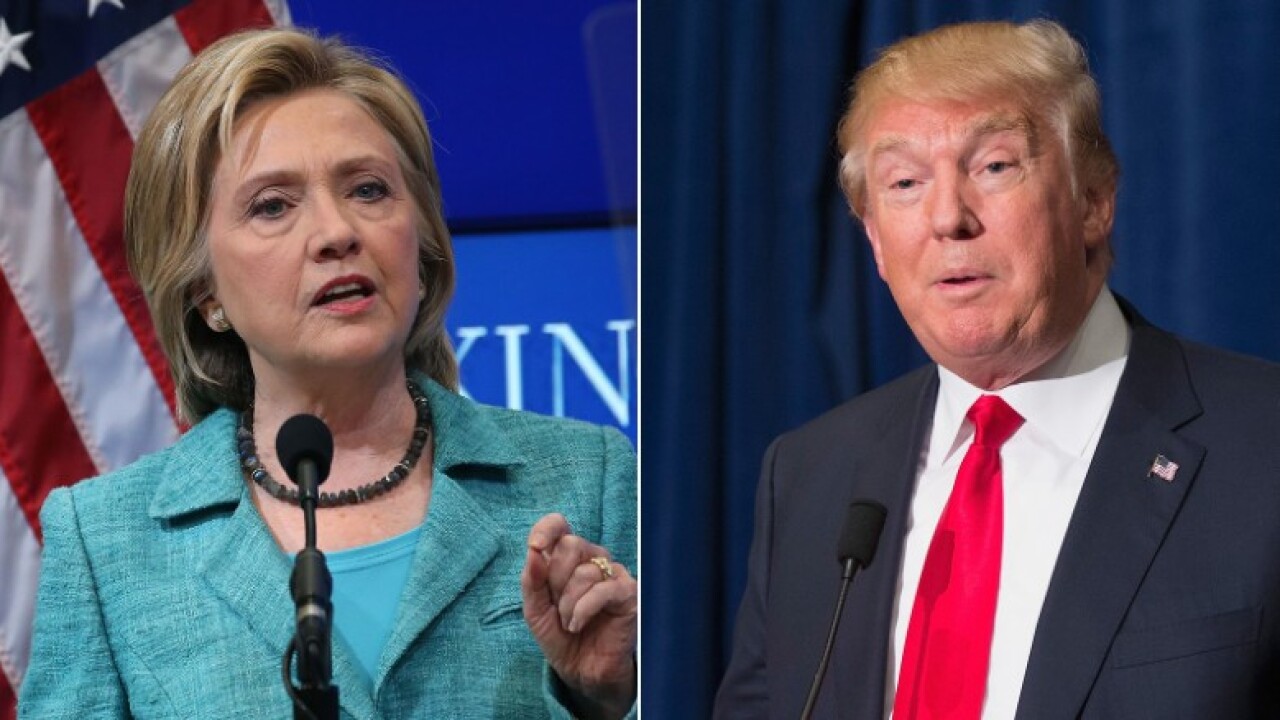 WASHINGTON — Donald Trump remains at the front of the Republican presidential field, with Ben Carson close behind, a new CBS News poll of the national GOP electorate shows.

Trump is backed by 27% of likely Republican primary voters, while Carson has 21% support, the survey, released Sunday, found. They’re the only candidates in double digits.

Texas Sen. Ted Cruz is in third place at 9%, followed by Florida Sen. Marco Rubio at 8% and former Florida Gov. Jeb Bush and Carly Fiorina at 6% each.

Kentucky Sen. Rand Paul has 4% support, while New Jersey Gov. Chris Christie is at 3% and former Arkansas Gov. Mike Huckabee and Ohio Gov. John Kasich are at 2% each. Former Pennsylvania Sen. Rick Santorum is at 1%, and other candidates fail to register at least 0.5% support.

The poll could bolster Trump’s argument that he is electable. It shows that while just 29% of Republican voters say they’d support Trump enthusiastically, the vast majority say they’d vote for him in a general election — with just 19% saying they wouldn’t back him.

It also found that most Republicans see business and private sector experience as preferable for their next presidential nominee, with 55% saying that’s the background they’d like their candidate to have compared to 10% preferring work in politics and government.

Carson’s favorability rating remains the best of all Republicans, with 62% of GOP voters viewing him favorably compared to just 7% unfavorably. Similarly positive splits are owned by Rubio (50%/12%) and Fiorina (45%/13%). Trump’s ratings are 53% to 29%.

The poll’s worst news belonged to Bush, who is underwater with the Republican electorate, with 32% viewing him favorably compared to 38% unfavorably.

In the Democratic race, Clinton leads with 46% support compared to Sanders’ 27% backing. Vice President Joe Biden, who hasn’t yet announced whether he’ll enter the race, has 16% backing, and former Virginia Sen. Jim Webb gets 2% support.

But Sanders’ self-described democratic socialist policies could hurt his electability in the eyes of his party’s voters. Democrats said they see Clinton as having the best shot at winning in November — with 59% saying she’s the party’s most likely winner against a Republican, compared to 18% for Biden and 15% for Sanders.

All three candidates are viewed overwhelmingly favorably by the party, with Biden faring the best (71% favorable ratings to 9% unfavorable), followed by Clinton (69%/19%) and Sanders (50%/13%).

The poll also offered some insight into the challenges that led House Speaker John Boehner to announce his resignation.

Just 23% of Americans — and 23% of Republicans — approve of the job Boehner is doing. And at 66%, conservative Republicans are the most likely to disapprove of his performance.