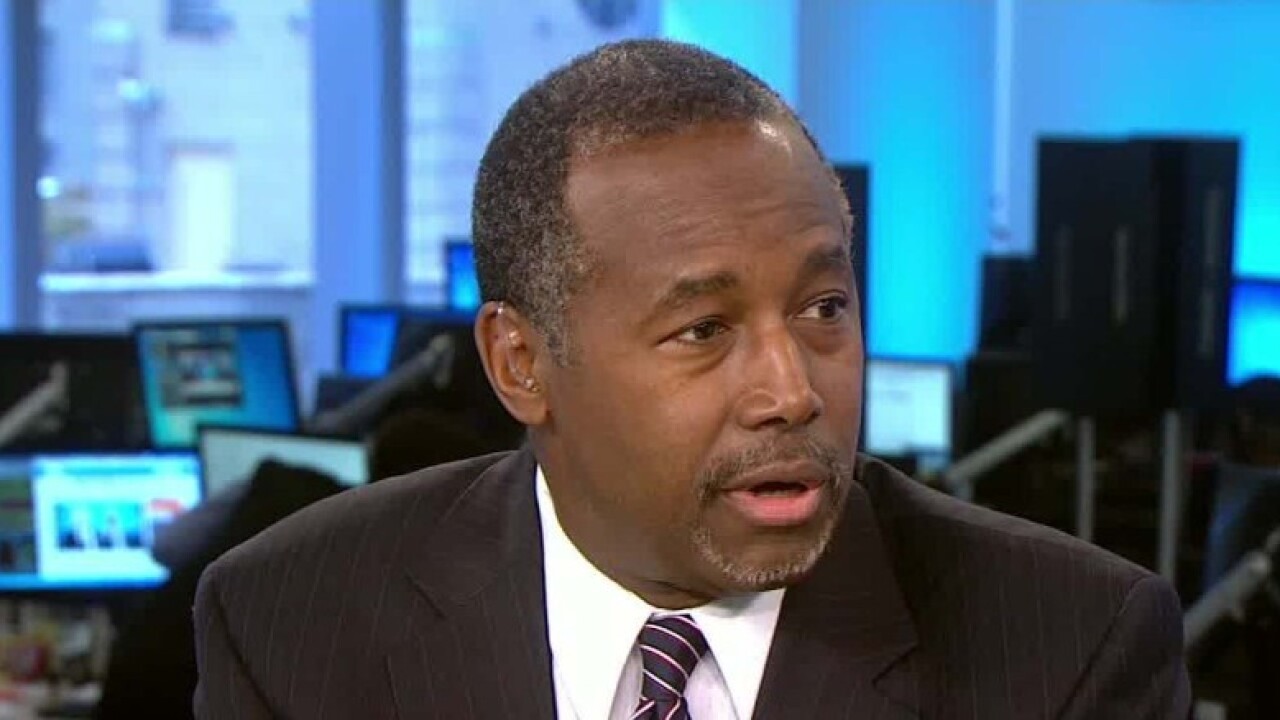 But what do the teachers think?

Several days after the shooting at Umpqua Community College in Oregon, Carson told USA Today that if he had a kid in kindergarten, he’d feel better knowing someone at the school was armed.

“If the teacher was trained in the use of that weapon and had access to it, I would be much more comfortable if they had one than if they didn’t,” Carson said.

So, I decided to talk to the people at the heart of the issue — the teachers. Starting with my kindergarten teacher, Mrs. Robison.

“My first thought is if I had to protect my kids from such a travesty, a gun would be welcome in that moment,” Robison said. “But in reality, guns make me so nervous. I’m not sure I could really shoot someone, and under stress and being panicked I’m not sure I could even get to a gun in a drawer or closet to use it. I think my gut instinct would be getting my kids secured first.”

I went to school in California, so I decided to talk to some teachers in other states.

“If a gunman is going to cause violence in a school, they are going to have the element of surprise,” Eisinger said. “My guess is that they would still be able to shoot teachers, students or whoever else they wanted before some sort of coherent response materialized.”

Eisinger said he thought one of the keys to preventing mass shootings was a “cultural de-emphasis on firearms.”

“Let me tell you, if you had a couple teachers with guns in that room, you would have been a hell of a lot better off,” he said of the Oregon shooting.

After the shooting at Sandy Hook in 2012, teachers in Utah were offered the chance to take a free gun training course. Over 400 signed up, according to Clark Aposhian, chairman of the Utah Shooting Sports Council.

Some teachers in the Granite School District in Salt Lake City took the course.

“The assumption is that some teachers are carrying, but ultimately we don’t know for sure,” said Ben Horsley, a spokesperson for the district.

While California and New York have stricter regulations for the issuing of a concealed carry permit, states like Utah and Idaho are more lenient.

Byron Bennett, a chemistry professor at Idaho State University, is an advocate of teachers arming themselves.

“It’s very simple,” Bennett said. “Carrying a gun is a responsibility and a right.”

He said it’s unthinkable that a teacher should be denied the right to protect themselves and their students.

Bennett made news in September of last year for shooting himself in the foot. He noted that the incident was a mistake and said he’d adjusted his training as a result.

Bennett said that knowing concealed carry was allowed at his college made him feel safer.

“On the days I don’t carry, I feel safer knowing students on campus are carrying,” he said.

Hampikian an outspoken advocate against allowing guns at schools.

“When a gun is present during a conflict, each party is left guessing if the other one will shoot first. This panicked calculus — and its often tragic consequences — is created by the simple combination of conflict and guns,” Hampikian said.

“I understand the impulse to arm teachers, but the math simply does not work in favor of the students.”