Complete coverage of Coronavirus in Virginia
Heroes Among Us

How local dentist enriches lives beyond the chair 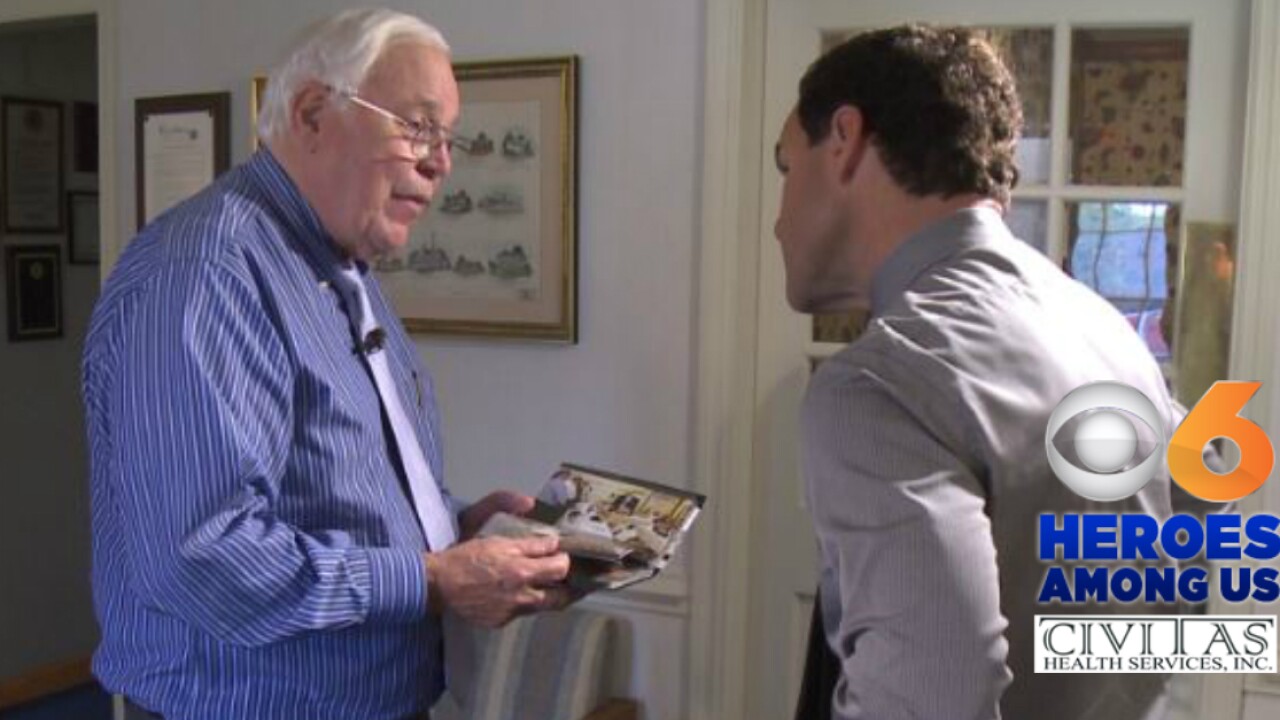 CHESTERFIELD COUNTY, Va. -- A dentist in Chesterfield is doing much more than filling cavities. In fact, he has been doing his best to improve the quality of life for everyone in his hometown of Chester for nearly 50 years.

Dr. Joe Hillier has been fixing teeth for 46 years and dentistry is his passion.

“It is really a great profession,” Hillier said.

But his work extends far beyond the chair. In fact, his civic pride runs deeper than a root canal.

“I try to help people on the outside all I can,” Hillier said. “I was determined to come back where I grew up.”

“Dr. Joe,” as he is affectionately called, cares for his hometown. .

“Chester has grown tremendously in the last 25 years,” Hillier said

The 77-year-old takes improving the quality of life of others seriously and friends say you’ll find his fingerprints on everything in town.

“Chester means the world to him,” said friend Dayton Todd. “I think he is the greatest person I know in this neighborhood and community.”

Dr. Joe has helped establish the Kawanis Club, raised money for student scholarships, organize the Christmas Parade, and is attracting a performing arts center to Chester, helped establish a YMCA and helped to improve streetscapes downtown. The list of projects is endless.

“If he sees something that needs to be done. he will start it if nobody else will,” said David Elswick, a patient of Dr. Joe’s since 1973. “It is almost like a father watching over his child. He wants to see (Chester) grow and develop nicely.”

But don’t expect to find Dr. Joe’s name on buildings and signs -- or the good dentist taking credit for his accomplishments. Mark Fausz, editor of The Village News, said Hillier prefers to remain in the background.

“If somebody put his name on a sign, he would be out there that night scraping it off,” Fausz said. “He has inspired me for sure.”

Hillier maintains he is "not happy sitting in front of the spotlight."

Man of the year.

The Navy veteran learned a lesson about paying it forward when a philanthropist helped him enter dental school.

“Most of us are who we are for people who have helped us along the way and extended a hand,” Hillier said.

One of this dentist’s crowning achievements came in June. when he organized an awards ceremony and dinner for the areas WWII heroes.

“These are the people who gave us what we have today. And we were mighty proud to do it,” Hillier said. “It was quite a night.”

The evening was another chapter in Dr. Joe’s growing book of giving. One dentist extracting enjoyment watching his beloved hometown blossom.

“It’s been very nice to me. I’ve been very fortunate,” Hillier  said. “It has been everything to me.”

Dr. Joe is making people smile in more ways than one.

“It’s not that I’m different than anyone else,” Hillier said. “Because people have been good to me and I might not have gotten where I am without them. I just feel you need to give back. That’s it.”