Local developers start work on vision of Carytown in Manchester 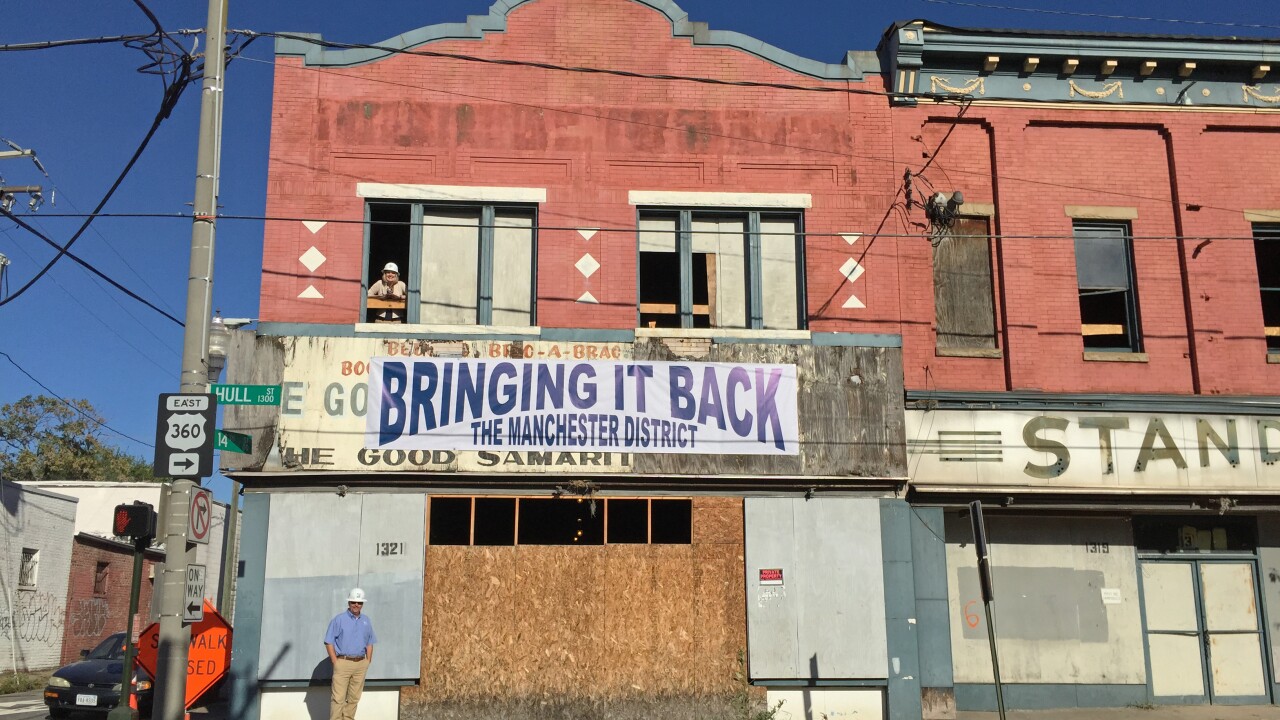 RICHMOND, Va. — In its urban development debut, a local construction company is trying to create what it envisions as a Carytown for Manchester.

RJ Smith Cos. has embarked on a $5 million investment in the Southside neighborhood that will add up to four commercial spaces, aimed at restaurants, retail and offices, and 34 apartment units along Hull and Bainbridge streets.

And that’s just the first phase. Led by President Richard Smith and Senior Vice President Janet King, the project would then tackle the 1500 block of Hull Street in late 2016 and into 2017, where the company has purchased three properties and plans to add more commercial space. That will bring the total investment up to almost $9 million.

“This is a long-term investment,” Smith said. “We’re putting in three years of work from here on out.”

The project, dubbed Urban Charm, is aimed at making Manchester a more walkable neighborhood, something similar to Carytown – perhaps the Southside’s own “Hulltown,” King said.

The first phase is already underway, with construction crews busy renovating 1319 and 1321 Hull St., which were constructed in 1920 and will have 20 apartments with a mix of one- and two- bedroom units.

Both Smith and King have connections to the neighborhood – each with a parent who lived in the area. Smith said the area is in desperate need of more commercial space with all the residents filling in Manchester’s new apartment projects. Signs on the buildings declare that the developers are “Bringing it back.”