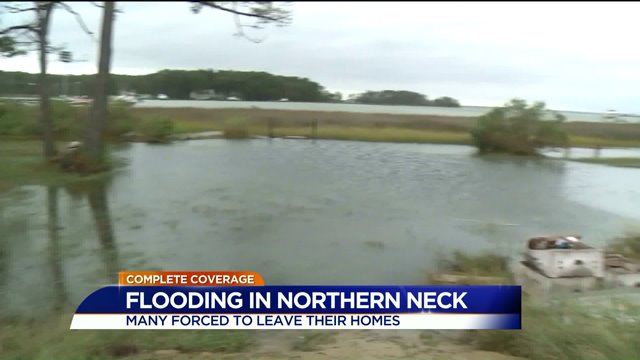 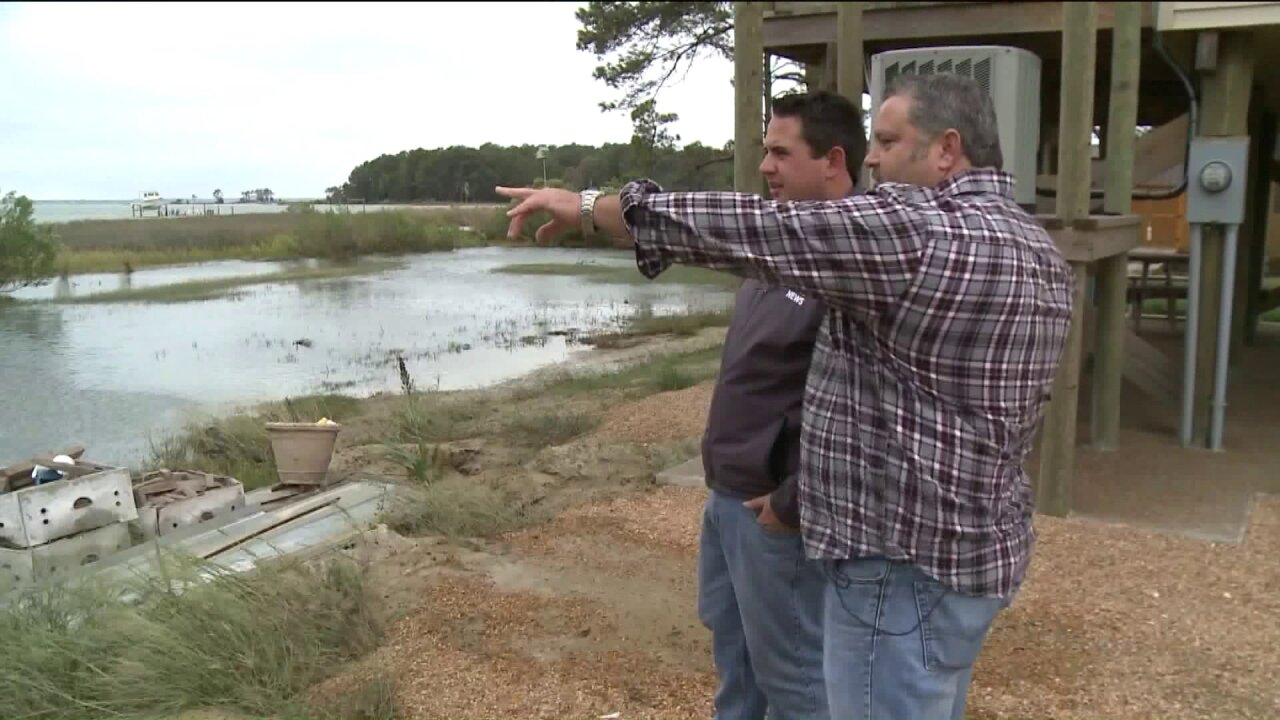 "Thank you, county, for making me elevate my home," Whittle said.

Whittle is like so many home owners in the Northern Neck who are also grateful Hurricane Joaquin stayed away, but that doesn't mean damage wasn't suffered.

Long periods of sustained winds combined with high tide caused flooding on many major roads and on many properties.

Whittle saw  his porch swing pushed 50 yards away by the water and the wind blew some siding off his home.

"It is really blustering out here," Whittle said.

During high tide Monday many roads remained covered in water from the bay near Windmill Point, however the tide did not crest as they did Sunday night -- suggesting conditions are improving.

An evacuation order remains in place in parts of Lancaster county until 8 a.m. Tuesday.

"The issue with high tide is that it becomes difficult to get emergency vehicles to people," Terrence McGruger, Director of the County's Emergency management said.

As for lifelong residents like Monroe Belfield, he compared this flooding to Hurricane Isabel, and said it would have been terrible for Joaquin to have hit the coast.