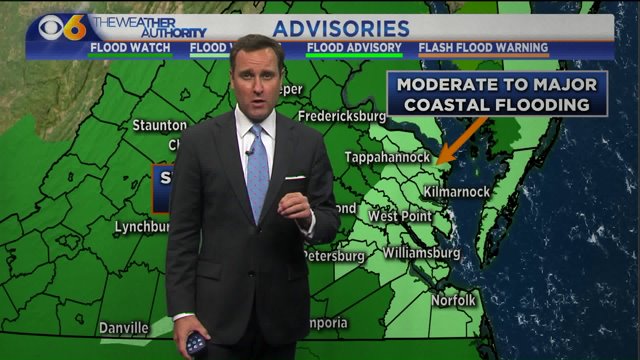 Flood watch for all areas plus coastal flood warnings 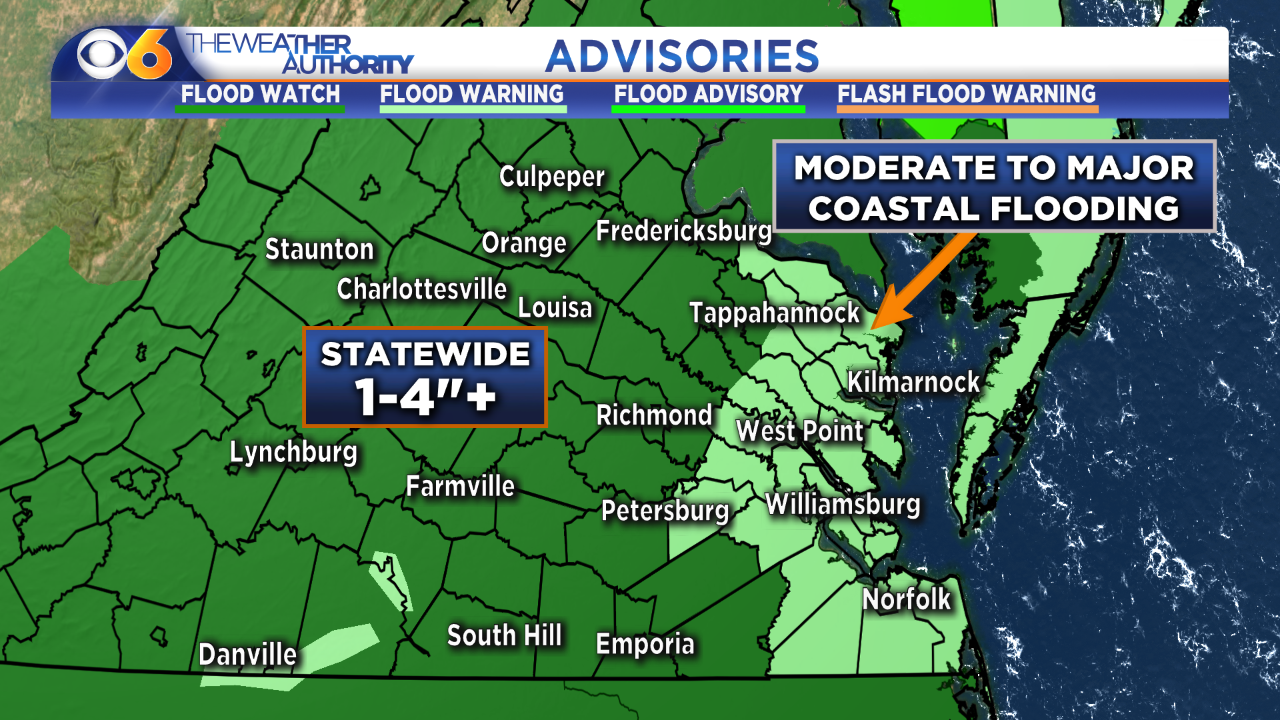 The updated track from the National Hurricane Center has pushed Joaquin farther east.  As of now, it looks like the United States will miss the brunt of the hurricane.  However, there will still be strong surf along the Mid-Atlantic and southeastern United States coast, causing beach erosion.

The spaghetti plot of all of the computer models shows the majority of the model tracks following the National Hurricane Center's official track.  However, we still have a few models that bring the storm towards the east coast.   The odds of the storm moving into the Mid-Atlantic is not high, but the chance is also not zero.

The fourth item mentioned refers to our stubborn weather pattern that continues to produce rainfall throughout the area.  Some of the moisture is being fed up from Joaquin.  Rain will turn more scattered at times over the weekend.  Wind gusts 25-30+ mph will occur in central Virginia and 35-40+ mph along the coast through the weekend.  These wind gusts are being caused by the weather set-up, not from Joaquin.

Localized flooding will continue to be a threat through the weekend due to the amount of rain that has fallen.  The strong wind gusts and higher wave action will cause coastal flooding along the Bay and the Atlantic.

Sections of the James River, like near Westham, will also be very high. You can get the latest river levels and forecasts here.