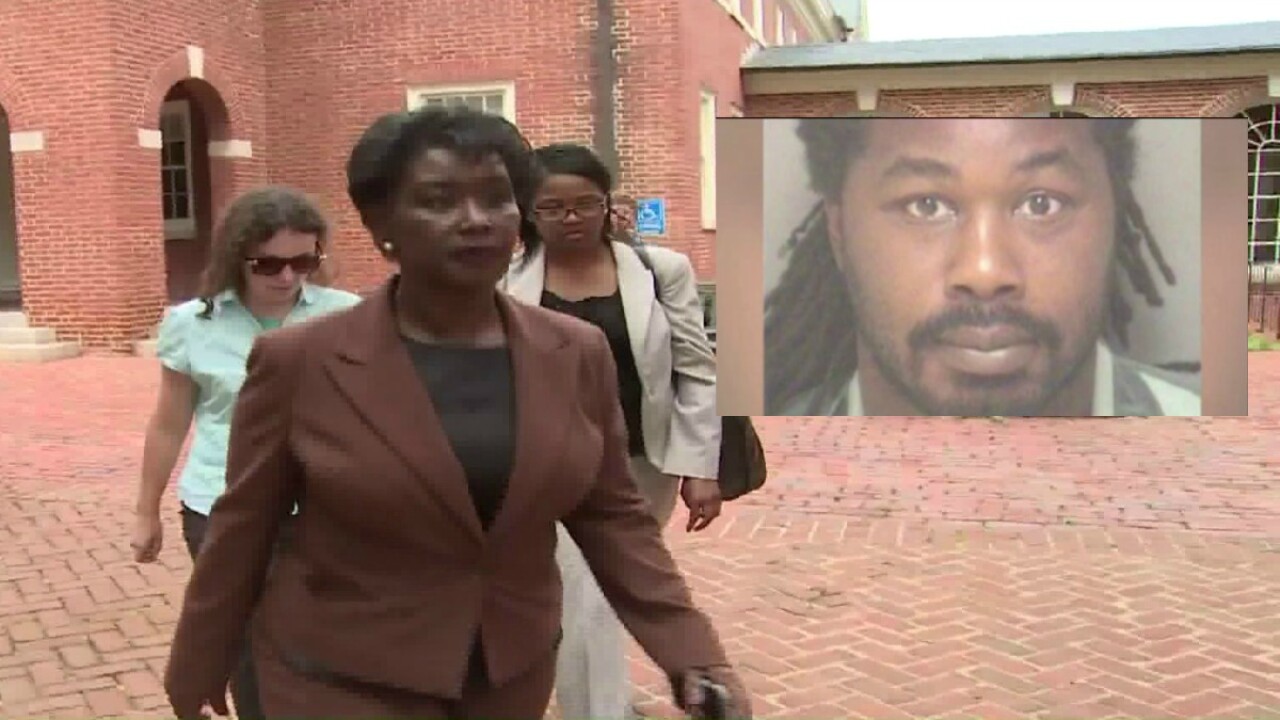 CHARLOTTESVILLE, Va. – Two mothers shook hands in an Albemarle County courtroom on Wednesday; the mother who initiated the handshake last saw her daughter alive on Oct. 17, 2009, and the other mother’s son – suspected to be the last person who saw the girl alive – faces a murder trial.

They shook hands after a trial date was set for Jesse Matthew Jr., the suspect charged with the murder of Virginia Tech student Morgan Harrington, who disappeared outside John Paul Jones Arena in Charlottesville while attending a Metallica concert.

The trial was set originally for Oct. 17, 2016, but was changed to Oct. 24, 2016, in recognition of what would be the seven-year anniversary of Harrington’s disappearance.

Matthew is also charged with capital murder in the abduction and death of second-year UVa. student Hannah Graham, and on Wednesday there were back-to-back hearings regarding both cases.

Judge Cheryl Higgins denied almost all motions by the defense, but did grant the defense their request to file future motions in the Graham case under seal.

The defense argued that the media is putting information out immediately and they want to avoid prejudice. Motions will now be made public the day of the hearing, not before.

Matthew’s dad, mother, sister, and girlfriend appeared in court, along with Harrington’s supporters, who were dressed from head to toe in a show of support for Morgan.

He looked at his family six times. The last time Matthew was in court he made extended eye contact with the Harringtons, and "looked them up and down."

This time, Gil Harrington approached Jesse Matthew’s mother and looked her in the eye.

"I realize this is very difficult on your family as well,” she said as she stretched out her hand. “I give you my condolences."

The remains of Harrington were discovered on a rural Albemarle County farm in January 2010, and in Sept. 2014, Graham’s remains were found about five miles away from that location.

On Oct. 7 the judge set a hearing for any motions the defense may make regarding the hearing of experts, in regards to the  Graham case.

This Friday, on Oct. 2, Matthew will be sentenced for a 2005 rape and attempted murder charge in Fairfax County, to which he entered an Alford plea.

DNA from that case has long been associated with DNA found on the black “Pantera” shirt Harrington wore the night she disappeared, according to a search warrant.