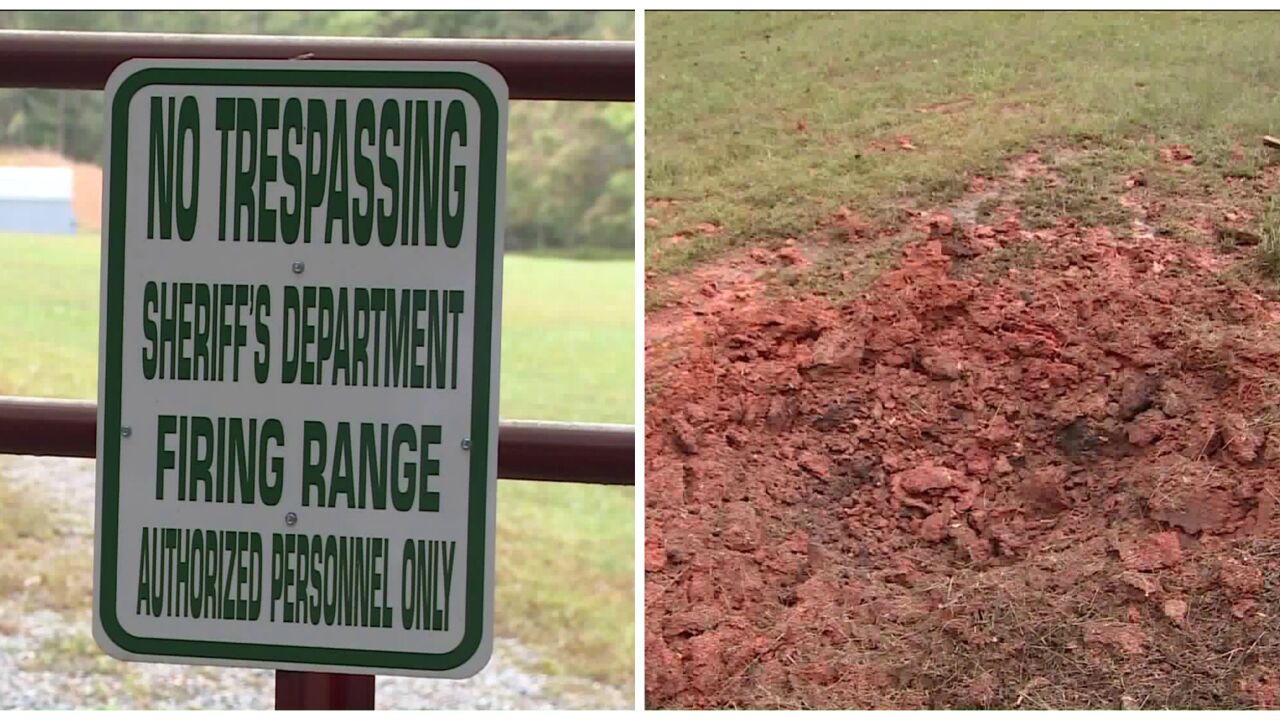 LOUISA COUNTY, Va. -- Loud explosions were heard in Louisa County early Sunday morning as a military disposal team was called in to detonate munitions found on a vacated property Saturday.

"All of a sudden it was a loud boom just I woke up immediately," said Louisa resident, David Martin.

This was a rude awaking for David Martin and many other Louisa residents Sunday morning.

"I said it sounded like a house done blown up," said Martin.

Just feet from his Range Road home sat a crater Monday. That was the aftermath of old army munitions discovered Saturday by a cleanup crew in the shed of a foreclosed property 20 miles away, on Garretts Mill Road.

Joi Smith said they belonged to her uncle and former neighbor.

"He's collected war stuff for years he wasn't trying to harm the community or anything," said Smith.

But investigators said the rusty relics could have.

"The military EOD team took the munitions and determined them to be unstable some of it was live and unstable so we had to find a place where we could make it inert," said Louisa Sheriff Major Donnie Lowe.

The munitions were detonated just after midnight Sunday morning at the Louisa Sheriff's department firing range.

"It created a big explosion than I think what we anticipated and it alarmed a lot of our citizens around the area,” said Lowe.

Back at the foreclosed property around 1:30 a.m. Sunday, the Virginia State Police safely detonated a pipe bomb from the shed.

"Just a little concerned why it had to be done in the middle of the night versus being done in the day time,” said Martin.

Lowe apologized for the inconvenience to neighbors.

"We apologize if we alarmed anybody that night, but was just trying to do what we had to do in a safe manner, said Lowe. "It wasn't like we could wait until the next morning to do this.  We had to find somewhere very quickly to make them inert so that was why this happened at midnight," added Lowe."

"You only get one chance to do this right," said Lowe.

Louisa County Sheriff’s detectives also took other suspicious items into evidence.  The man in his mid-70s who investigators are not identifying could face charges.