HENRICO COUNTY, Va. -- Friends, family and colleagues gathered to say goodbye to Virginia State Trooper Nathan-Michael Smith, who died in a car accident while on duty earlier this week.

The 27-year-old from Suffolk was killed when his cruiser flipped into the woods and hit several trees on the ramp from I-295 south to I-95 north in Prince George County Monday. Smith was responding to what he believed to be a fellow trooper in distress when the accident happened.

Among the attendees, 250 family members, Gov. Terry McAuliffe, and state troopers from across the country, including California and Washington.

One trooper traveled across the country from Colorado to attend Smith’s funeral.

“It’s important that Virginia and the rest of the troopers around the country know we stand behind them and with them as they deal with this difficult time,” he said.

Smith was killed in a car crash while responding to what was believed to be a fellow trooper in distress.

Among that family is Trooper Gregory Henshaw. Although he isn’t a part of Smith’s birth family, he is a part of his VSP family.

“We struggled together and we accomplished things together,” Henshaw said.

Henshaw said Trooper Smith was a good person, a good trooper and someone who loved to laugh.

"When he laughed everybody else laughed, and we would get in trouble because it’s hard to keep your bearing when you’re trying to be serious and he’s joking,” Henshaw said. 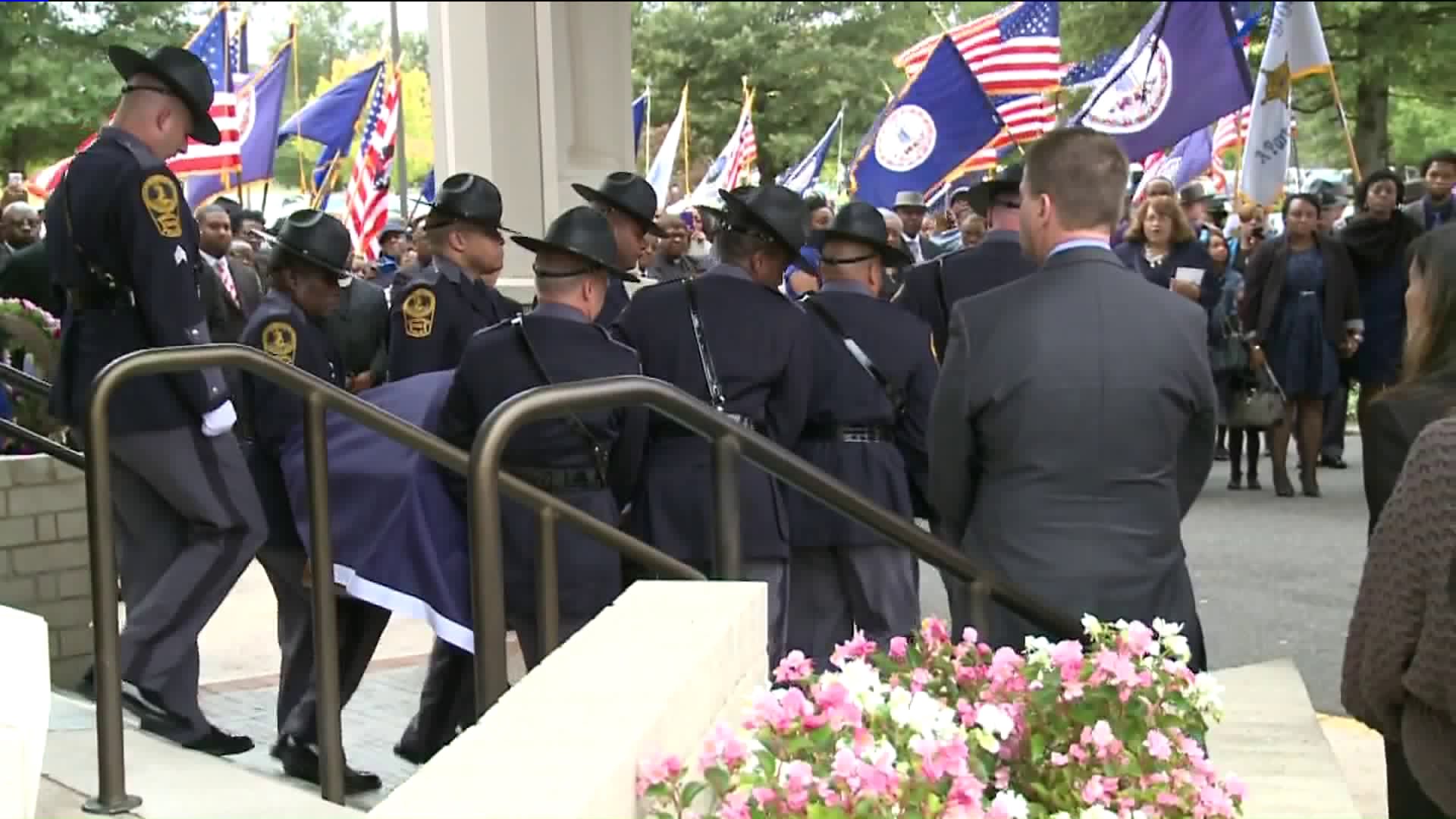 The media was not allowed inside the funeral, but we were provided this program. It shows the Superintendent of State Police, a friend, and a family member spoke.

Trooper Smith leaves behind a wife and two young children.

Senior Trooper James Shehan, who was friends with Trooper Smith and his family, said his colleague was a much more laid back guy than some other troopers and that he managed to maintain his positive attitude even at the end of a long day.

Contributions for trooper Smith’s family can be made to the Virginia State Police Association Emergency Relief Fund. Make checks payable to the VSPA-ERF and notate "Smith" on the memo line of your check. Mail checks to VSPA at 6944 Forest Hill Ave., Richmond, VA, 23225.

You can also contribute through the Emergency Relief Fund link atwww.vspa.org via Paypal. Also notate "Smith" in the note section of your Paypal contribution.