Public sale to begin for “Battle At Bristol” tickets 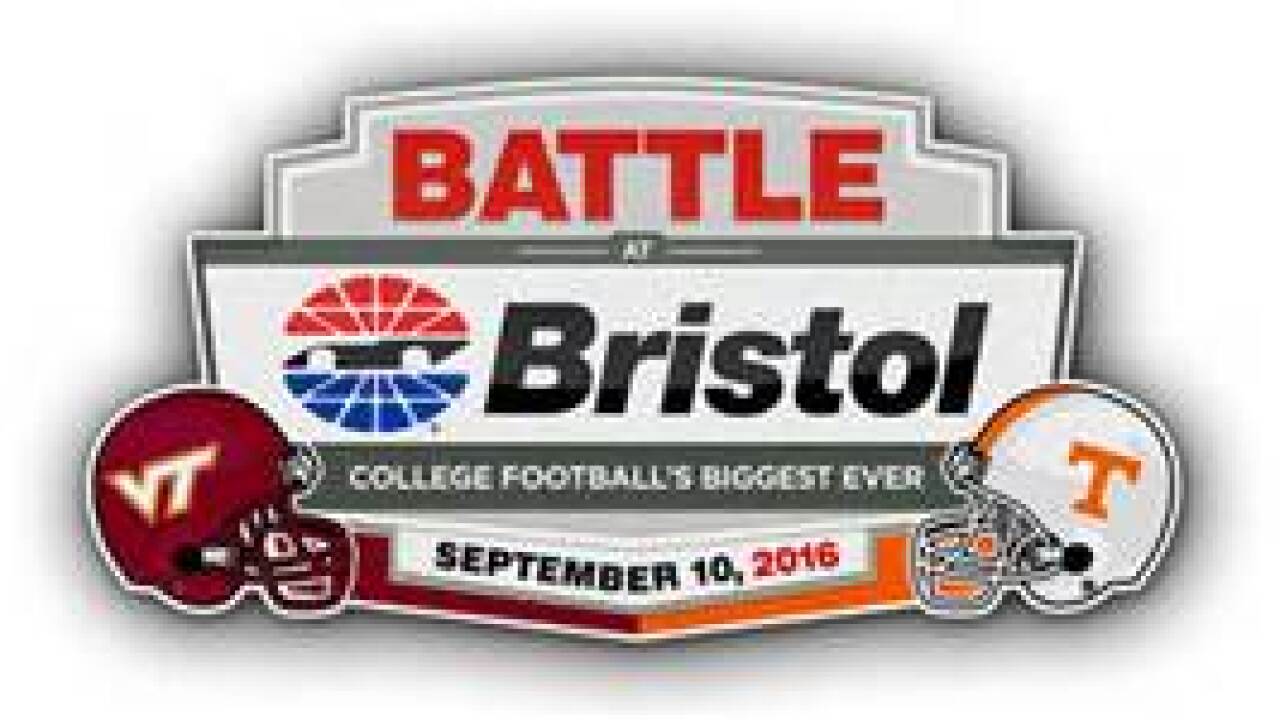 BLACKSBURG – Virginia Tech officials have released ticket information for next year’s “Battle At Bristol” game between the Hokies and the Tennessee Volunteers. Two decades in the making, this game is set to be played inside Bristol Motor Speedway in front of an estimated crowd of over 150,000 which would be the largest to ever watch a college football game.

Here is the timeline for ticket sales and distribution as put out by the Virginia Tech Athletic Department on Thursday:

Priority tickets can be reserved online at bit.ly/BatBPri or by calling the Virginia Tech Athletics Ticket Office at 1-800-VA TECH4 or 540-231-6731.

Priority ticket orders will be ranked in early 2016, with invoices to follow. Due to contractual restraints, final locations will not be available until August, 2016. A non-refundable deposit per ticket is required.

Following the conclusion of the Hokie Club priority order deadline, Virginia Tech will offer the general public a single-price ticketing option with the best available seats being offered on a first-come, first-served basis with full payment due at time of purchase.