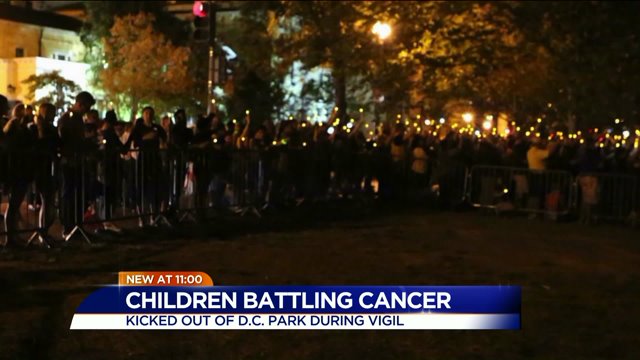 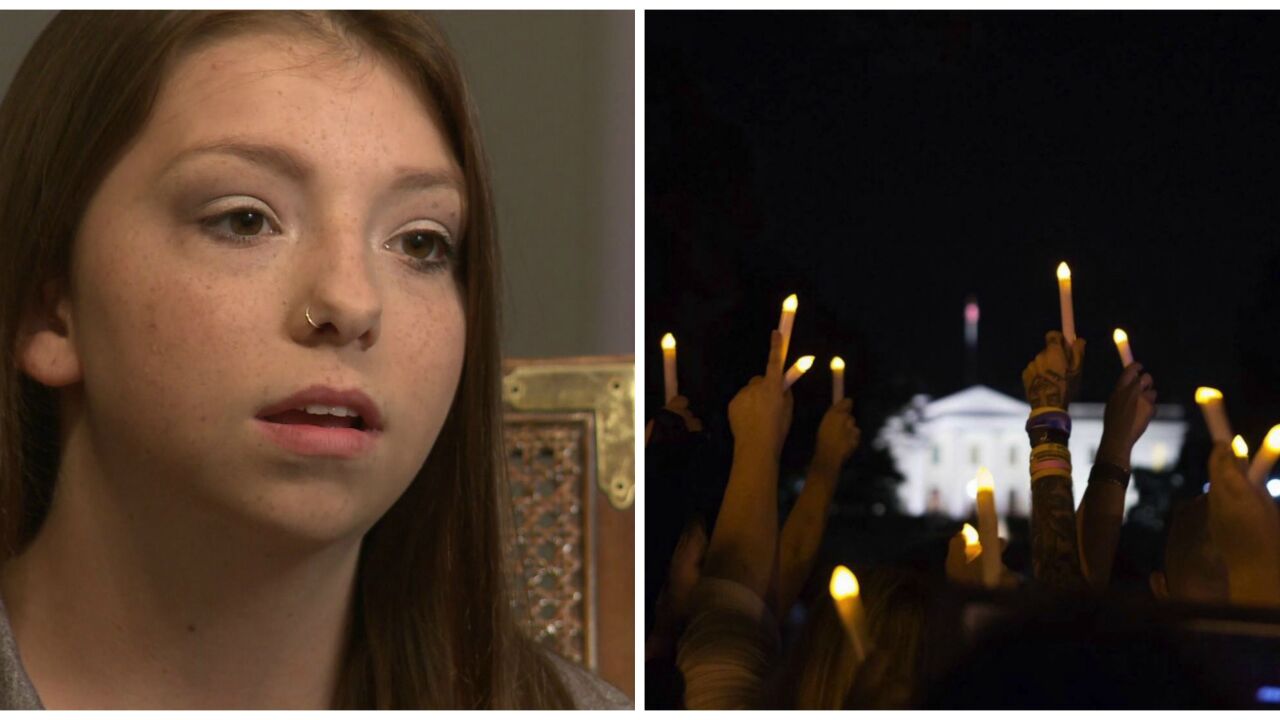 RICHMOND, Va. -- The U.S. Secret Service is apologizing for how a group of cancer-stricken children and their parents were treated when they arrived in Washington D.C. for a cancer awareness event over the weekend.

More than 700 people were in the nation’s capital for the two-day event to raise awareness and research funding.  The CureFest for Childhood Cancer attracted participants from all over the country, including 18-year-old Samantha Mays of Colonial Heights.

Mays said the highlight of the weekend was supposed to be a candlelight vigil on Saturday called “A Night of Golden Lights.” The event was scheduled to be held in Lafayette Square in memory of children who had passed away from cancer.

“We were supposed to light up candles- electric candles- and to raise awareness,” said Mays.

But shortly after arriving, Mays said the group was forced off Lafayette Square and told to leave their personal belongings behind, including blankets and chairs.

She said hundreds of people waited for more than two hours with little explanation from the U.S. Secret Service.

Despite having a permit, the group was barricaded out of the park for more than two hours.

“It was disheartening,” Mays said. “There were a lot of people crying because a lot of kids had had cancer already, they were going through cancer, or they knew someone who had cancer.”

Abby Snider, a 16-year-old Virginia resident who is undergoing chemotherapy for Leukemia, said the group was moved to the sidewalk, but had little room to hold the vigil or even sit down.  She said most people gave up and went back to their hotel rooms by 10:30 p.m. that night.

“There were a ton of little kids who were there too, who were exhausted,” Snider said.

On Monday, the Director of the U.S. Secret Service apologized to the group for the way the agency’s security policy was carried out. Joseph Clancy offered to attend a future cancer awareness event and to give the group a tour of Secret Service headquarters in Maryland.

Earlier the Secret Service said the closures on Pennsylvania Avenue and Lafayette Park were “put into place based on standard protocols.”

While Mays said she appreciates the apology, she hopes the president will offer to light up the White House, like he’s done for previous other causes.

“I think they should light up the White House in gold,” Mays said. “It would mean a lot to everyone who was there that night.”

It’s unclear why a permit was offered to the group, if closing the park was protocol and the president’s evening was scheduled in advance.