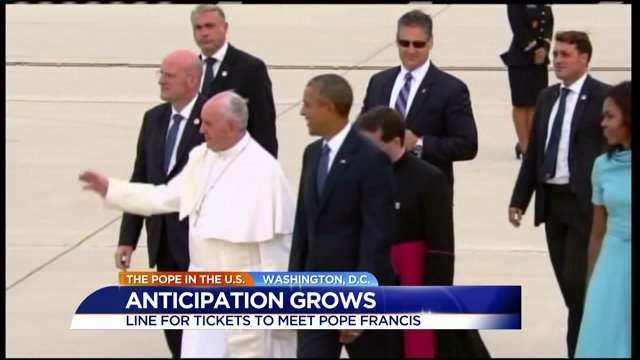 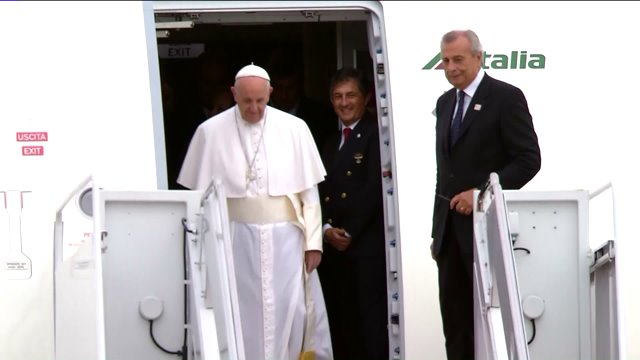 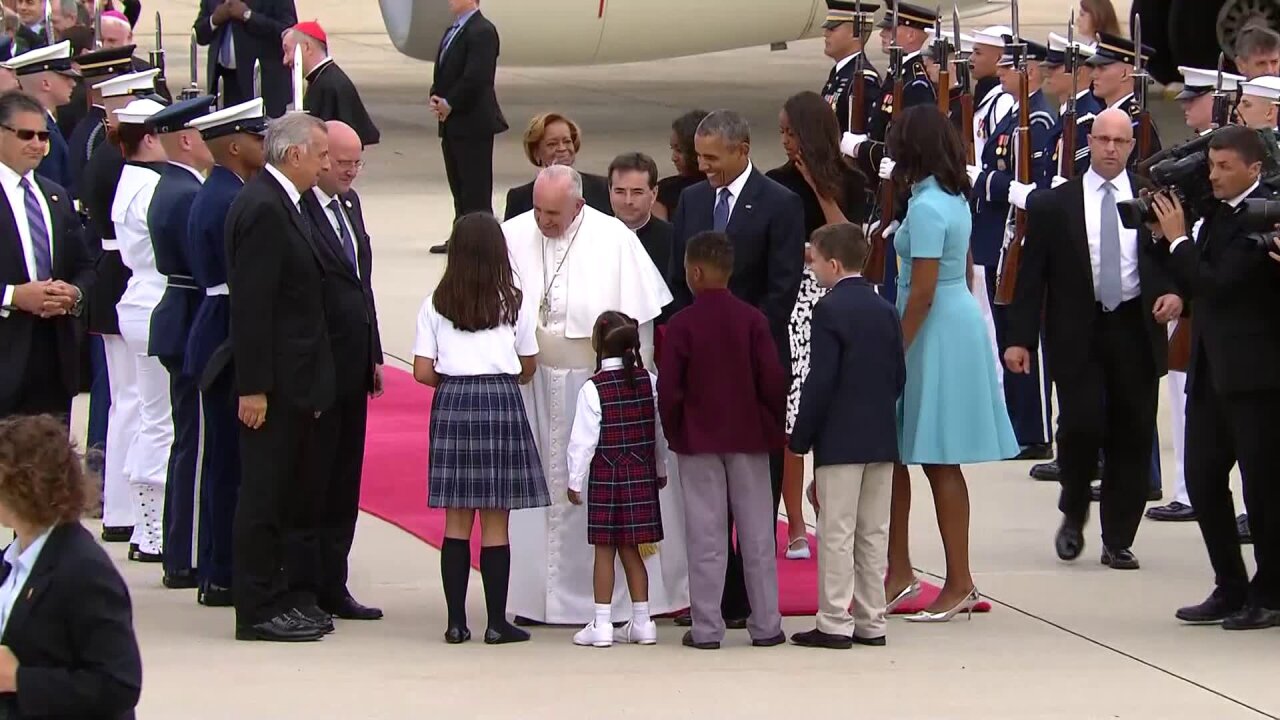 "I never thought I'd have this opportunity,” said Ashley Simms, a freshman at Catholic University. “I grew up in a Catholic household. We even have a picture of Pope Francis on our refrigerator.”

"I'm not even Catholic but I waited in line for a ticket because this is a once in a lifetime experience," explained Catholic University student Jarya Gessesse after getting her ticket.

A number of students said the heightened security and thousands of tourists made for a few obstacles around town and on campus.

All students who spoke with CBS 6 said the extra security is worth it.

"Although lot of people have this perception of Christianity that it's kind of closed off, but for the Pope to come and be open to prayer for everyone I think that's what it's about," said Gloria Okeke.

Obama will roll out an official welcoming ceremony for Francis on the South Lawn of the White House on Wednesday. The pope will then parade through downtown Washington in his Popemobile, with thousands of people expected to line the sidewalks. He’ll hold a canonization later in the day at the Basilica of the National Shrine of the Immaculate Conception.

Thursday could be the most politically significant day of his trip, with the first-ever joint address to Congress by a pontiff. He’ll then head to New York, where he will host a religious service at the Ground Zero site of the September 11 attacks in 2001 and address the United Nations. His trip ends Sunday in Philadelphia.

The highly anticipated visit is triggering one of the largest security mobilizations in U.S. history, jointly run by the U.S. Secret Service and the F.B.I. and involving federal, state and city law enforcement. Officials have said, however, that they have not detected any specific terrorist threat to the pope while he is in the United States.

While he is certain of a warm welcome, Francis’ trip will include uncomfortable moments — as is typical of a pontiff who has disrupted the status quo and questioned the morality of modern society.

He is certain to emphasize one of the central themes of his papacy — that the unfettered capitalism practiced in the United States and the West is fostering income inequality and creating an economic culture where the poor are simply discarded.

In a highly symbolic moment, Francis will pass on lunch with lawmakers after addressing Congress and will dine instead with homeless people in Washington.

While he is expected to praise U.S. founding ideals of democracy and freedom, Francis could also wade onto dangerous political ground.

His call for migrants to be respected could draw him into the heated debate on illegal immigration that is roiling the 2016 presidential campaign. Warnings by Francis of the need to tackle climate change have angered some Republicans. The Catholic Church’s opposition to same-sex marriage and abortion meanwhile puts him at odds with many Democrats and the Obama administration.

Papal experts say that rather than openly rebuking the U.S. way of life, Francis will seek to persuade America that its great wealth confers special responsibility.

Francis, 78, has never visited the United States before. He will encounter a nation where Catholic church attendance is on the decline, fallout over abuse scandals continues and longtime religious institutions erode amid an increasingly secular way of life.

Continue to follow CBS 6 for continued coverage of the six-day papal visit.

Reports from CNN wire contributed to this article.