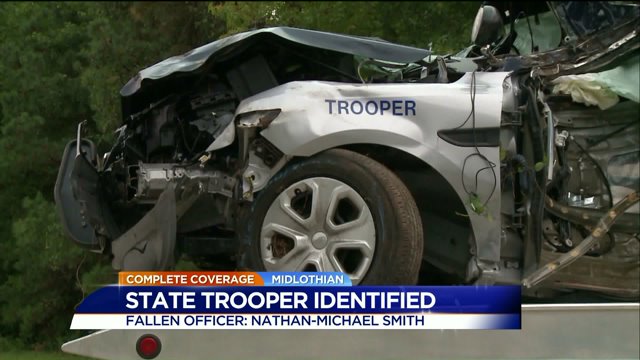 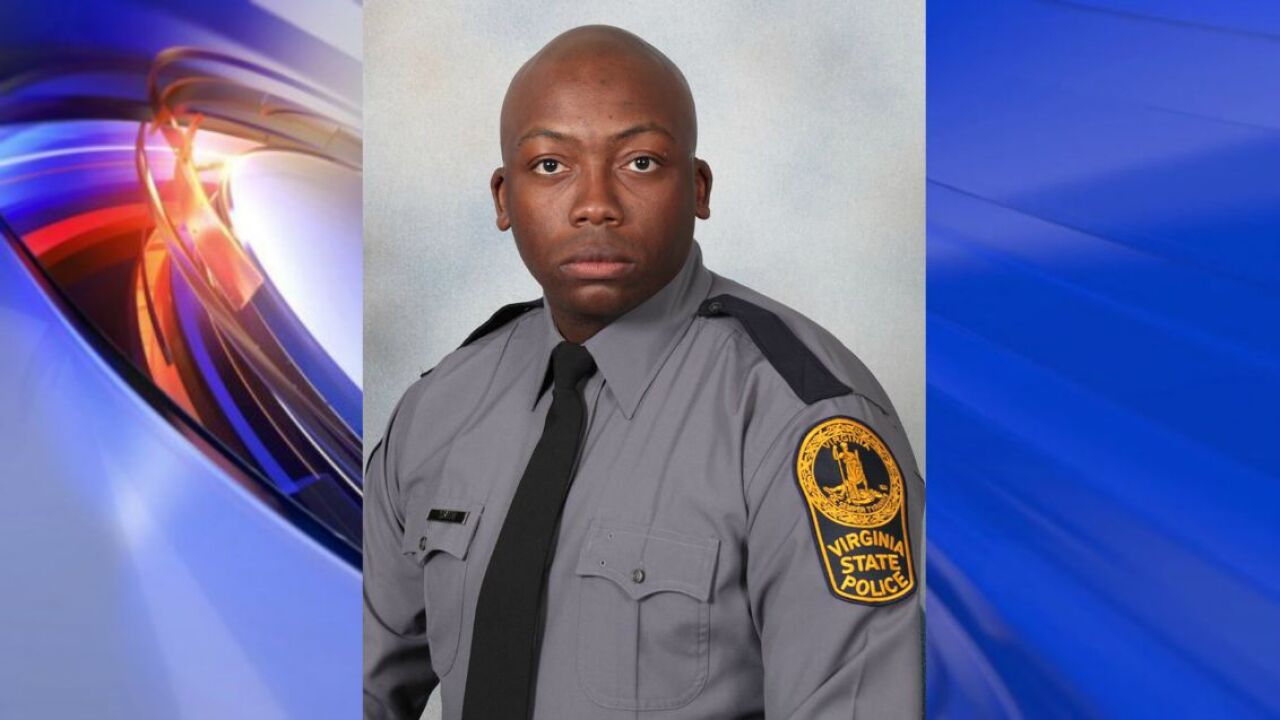 RICHMOND, Va. – Virginia State Police cruisers lined the VCU Medical Center Monday, where fellow trooper, Nathan-Michael W. Smith died after responding to what he thought was one of his own in need of CPR at an accident scene in Dinwiddie County.

"It turned out that the trooper was actually administering the CPR to the individuals at the crash scene," said VSP spokesperson, Corrine Geller.

While en-route to the Route 460 crash scene at approximately 7:20 a.m., Trooper Smith took the Interstate 295 south exit ramp to Interstate 95 north in Prince George County. His Ford Taurus patrol vehicle ran off the left side of the ramp and crashed into the wood line. Trooper Smith was flown to VCU Medical Center.

"It doesn't get any easier when one of your own has been injured.  It's a tight family for not only State Police, but law enforcement all around, so a day like today is difficult," said Geller.

Smith's Facebook page tells of a man who was quick to pay his respects for fallen officers.  Less than a month after his post honoring one of his own, his colleagues are paying their respects to the husband and father of two.

Trooper Smith was a member of the 121st Basic Session and graduated from the Academy June 6, 2014. The 27-year-old from Suffolk just celebrated a year as a trooper.

He was assigned to the Richmond Division Area 7 Office, which includes the cities of Hopewell and Petersburg, and the counties of Dinwiddie, Nottoway and Prince George.

"When it comes to state police we're family, whether you are sworn or civilian, you're family and these kinds of scenes these kinds of incidents is not easy and it never gets easier," said Geller.

Condolences are coming in from across the country on the Virginia State Police Facebook page https://www.facebook.com/VirginiaStatePolice?fref=ts.

Contributions for trooper Smith’s family can be made to the Virginia State Police Association Emergency Relief Fund.

They ask to make checks payable to the VSPA-ERF and notate "Smith" on the memo line of your check. Mail checks to VSPA at 6944 Forest Hill Ave., Richmond, VA, 23225.

Also, you can also contribute through the Emergency Relief Fund link at www.vspa.org through Paypal. Also notate "Smith" in the note section of your Paypal contribution.