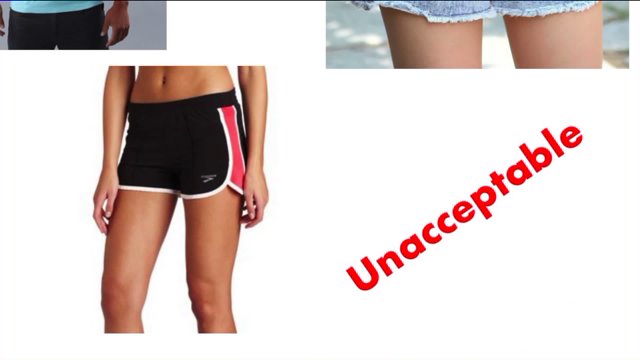 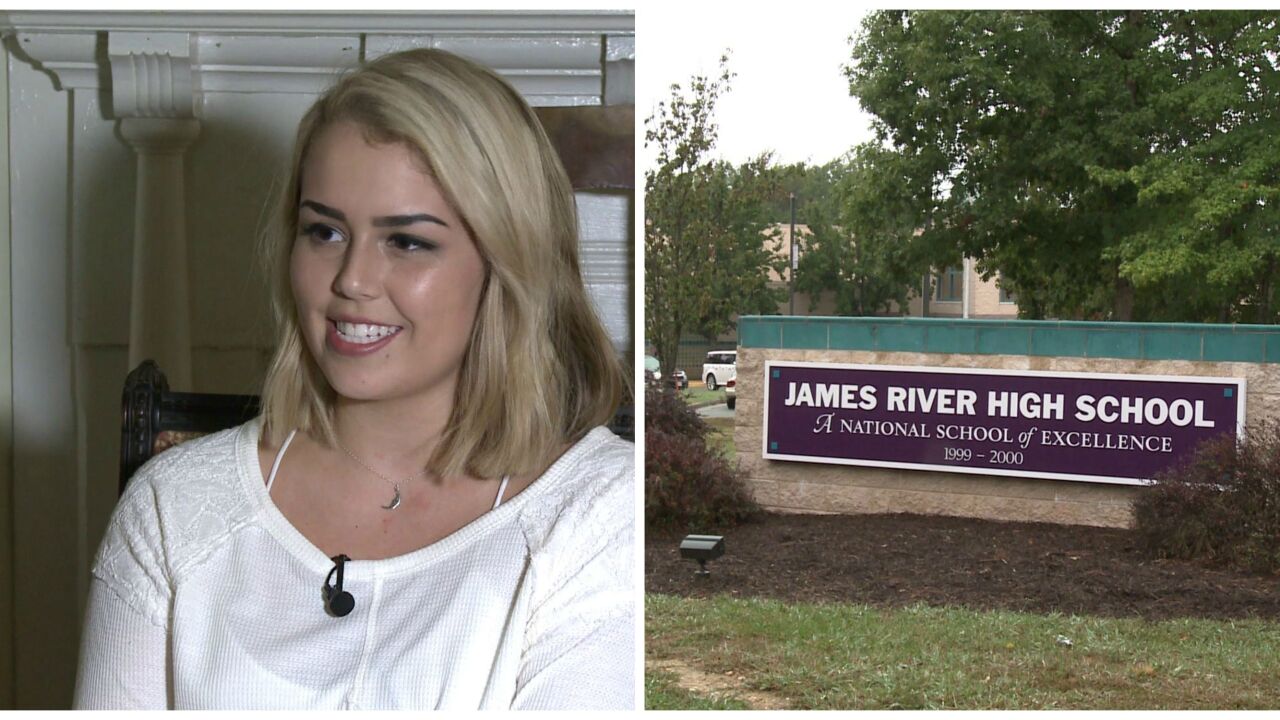 CHESTERFIELD COUNTY, Va. -- A student at James River High School said she felt like her school’s dress code was not fair to female students, so she wrote a letter to school leaders to express her displeasure.

"This is telling our bright young women that it is their fault when they are sexualized in the eyes of other people," Lydia Cleveland said.

She said school leaders told members of the school’s field hockey team they violated dress code when they wore the athletic shorts part of their uniform to school for Spirit Day.

“The fact that our school would have uniforms for a school sport that were then not acceptable for the dress code during the school day, that`s ridiculous,” Cleveland said.

Chesterfield Schools spokesperson Shawn Smith said the girls wore the uniforms without the knowledge of the school and coach, and those uniforms, as well as the cheerleaders uniforms, are not allowed at school during instruction because they do not meet dress expectations.

Cleveland called the incident one of many involving girls and the dress code that she deemed unfair.

“Absolutely the young ladies are being targeted…I’ve seen boys in athletic shorts and girls aren’t allowed to wear them,” Cleveland said.

Smith provided a copy of a presentation given to James River students about the dress code.

It said students could not wear a variety of tops and tight or saggy pants, as well as clothes that showed midriff, undergarments, private parts, or cleavage.

But, what about athletic shorts?

"They`re not provocative by any means I would say," Cleveland said.

The dress code did not explicitly say the shorts were prohibited, but the presentation showed a picture of a girl wearing athletic shorts with the words “unacceptable” by it.

The policy also said school leaders could prohibit anything they deemed inappropriate, disruptive, or unsafe.

Smith said the policy had not changed from previous years, and sent CBS 6 a copy of the school board's policy that laid out the dress code. It highlighted that individual schools may develop more restrictive expectations.