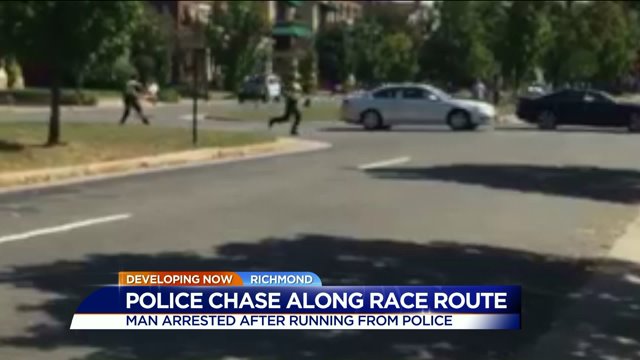 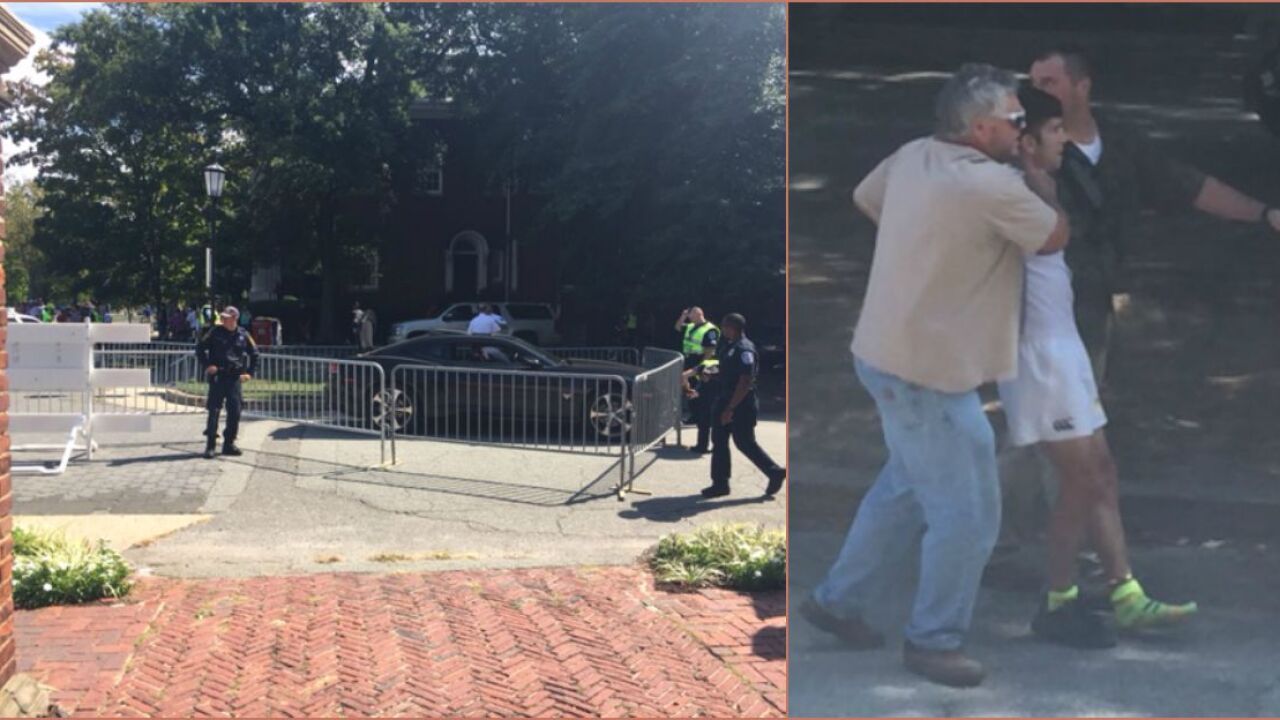 RICHMOND, Va. -- A man is facing a number of charges after leading police on chase down Monument Avenue as UCI bike race spectators looked on Sunday afternoon in Richmond.

Officials said a car was spotted driving erratically on the Monument Avenue portion of the UCI Road World Championships course around 1:30 p.m.

"As Richmond Police officers tried to flag it down, they were almost struck by the vehicle. Officers then attempted to initiate a traffic stop,"Lt. C. J. Eley with Henrico police said in a statement. "The vehicle fled and a pursuit ensued. The vehicle then ran into a barricade where it became disabled, and the driver was taken into custody."

Collin Brideau captured video of the suspect, who was driving a dark Chevrolet Camaro, being led away by officers.

Police said Michael G. Sciolino of Mechanicsville was arrested and charged with driving under the influence, felony eluding, felony hit-and-run and resisting arrest.

Officials said that an officer suffered minor injuries during the incident.

Additionally, an RPD vehicle was damaged, but Eley said the crash did not impact the race. 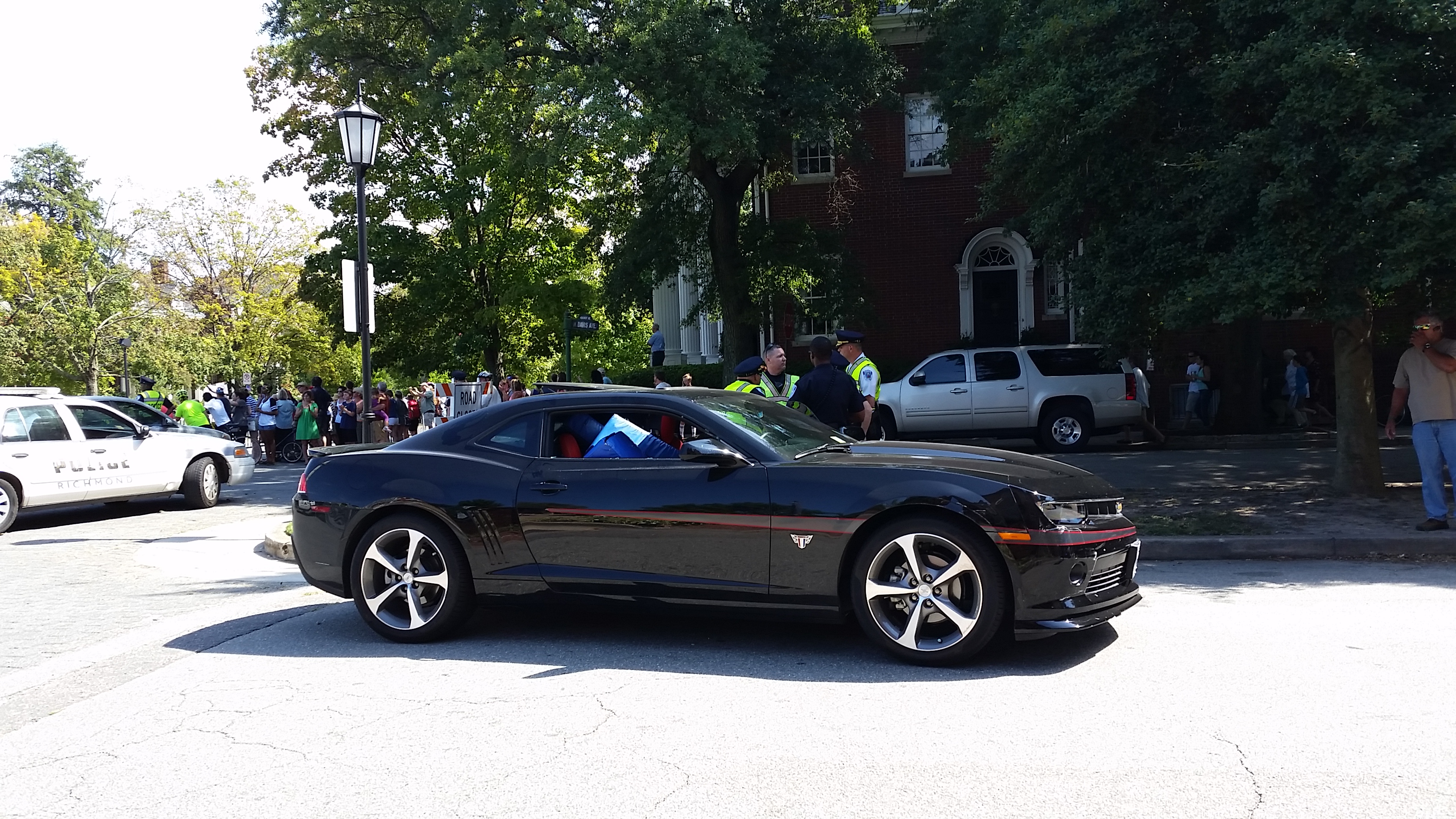 Watch WTVR CBS 6 News at 6:30 and 11 p.m. and check back with WTVR.com for new details on this developing story.  If you have photos or videos of the incident, email newstips@wtvr.com