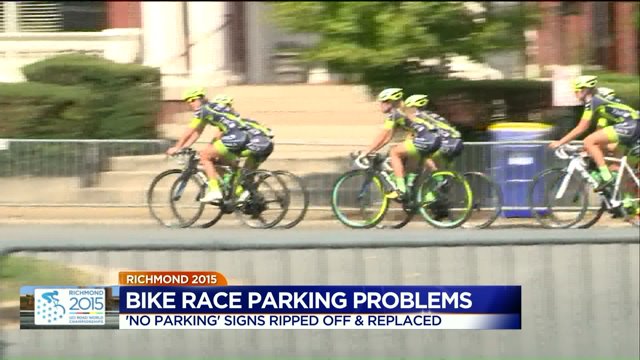 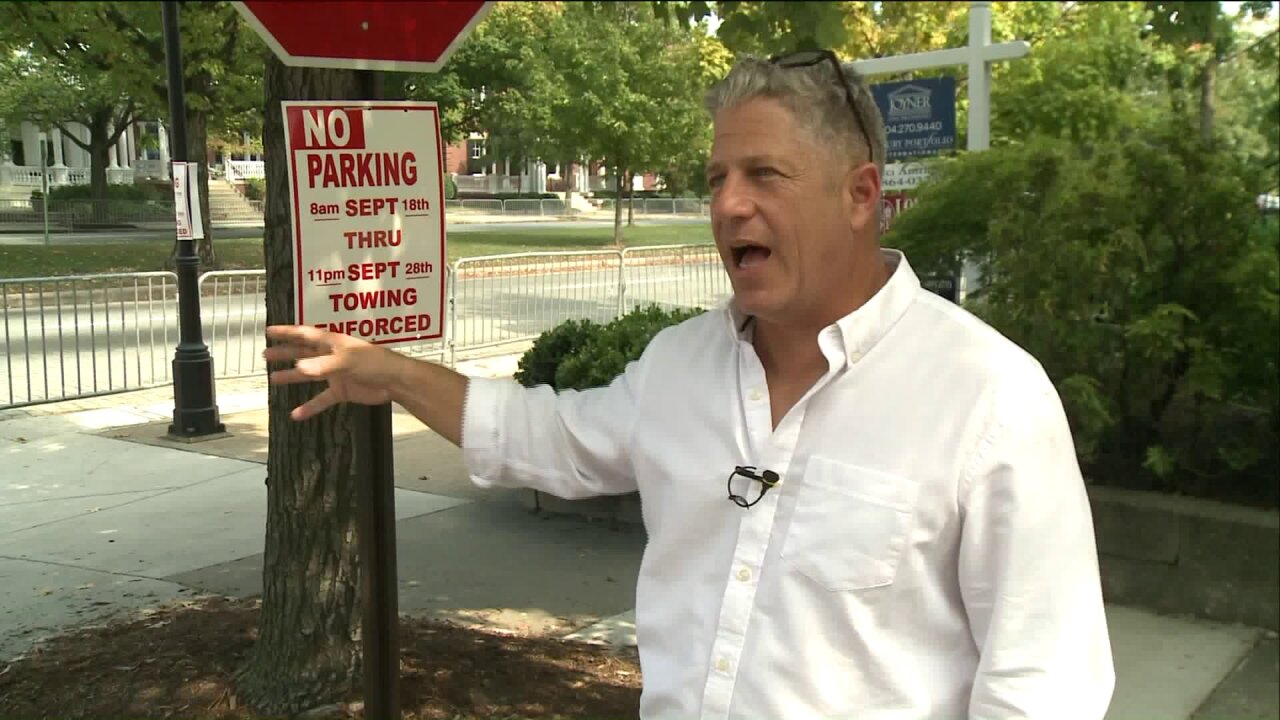 RICHMOND, Va. – Navigating the city will require some planning over the next nine days.

Most people knew that the closures were coming, and signs were put up to warn people. But in one neighborhood, the neighbors said the “no parking” signs on their street came as a complete surprise.

Fan resident Charlie Diradour said he knew there were going to be street closures in his neighborhood during the races.

However Friday morning he said he watched people putting up “No Parking” signs after the posted time on Allison Street off Monument Avenue.

“I pulled up around here and there were contractors out putting signs up that said No Parking 8 a.m. and I said wait a minute it’s September the 18th and its 10 o'clock.”

The local company P.D. Brooks Traffic Control was hired to put up the signs.

A spokesman said the signs were put up a week in advance and people may have ripped the signs down. So they had to be put back up again, which is what Diradour said he saw.

Richmond police tweeted:  MISSING: 'No Parking' signs from UCI course. Folks, removing signs won't keep away tow trucks & could cause neighbors' cars to get the hook

"There were never any signs on the side street,” Diradour said. “Those signs just showed up this morning.”

Sean Cusack also lives near one of the courses, in Rocketts Landing.

“Rocketts will be locked in basically all weekend,” Cusack said.

He says he understands parking is going to be an inconvenience but said to focus on the positives.

“It's a small inconvenience for us to have a world stage right here in Richmond for almost nine days,” Cusack said. “And if we treat it properly it will be one of the best things that's ever happened to this city.”