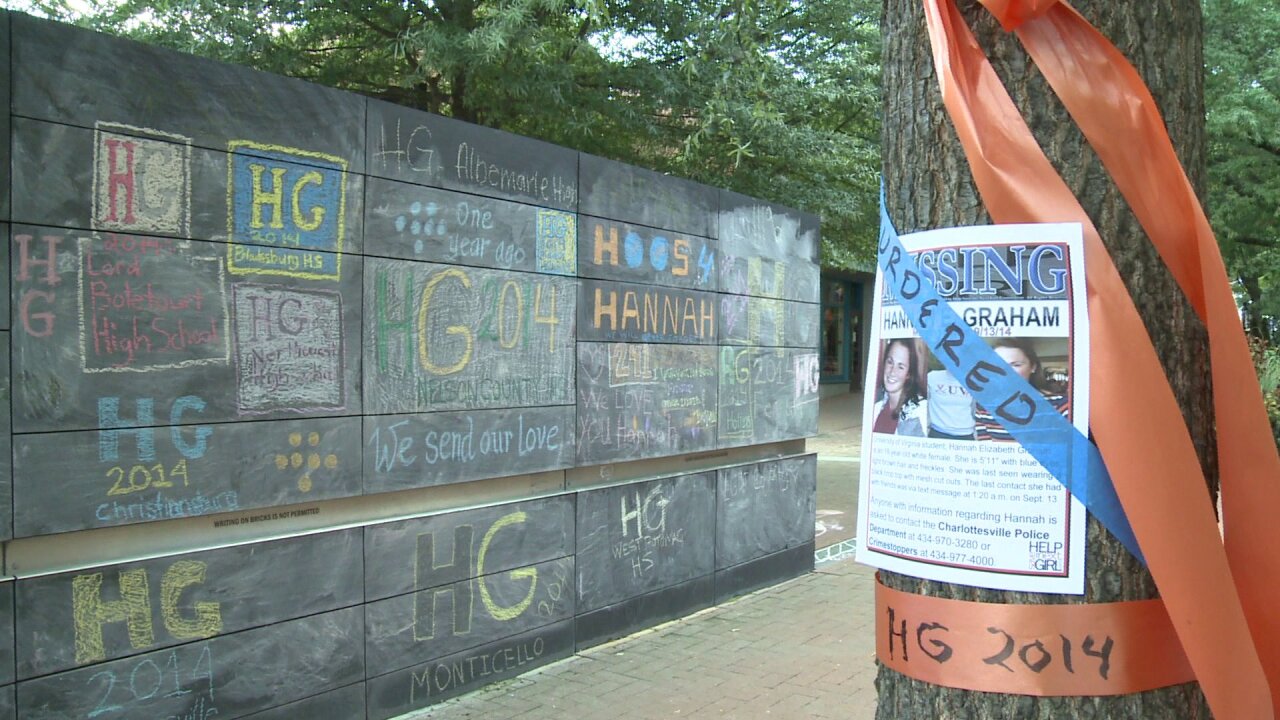 CHARLOTTESVILLE, Va. -- Sunday marked one year since University of Virginia student Hannah Graham vanished, launching a massive regional search for the 18-year-old under the spotlight of the national media.

Graham's body would be found weeks later and her alleged murderer, Jesse Matthew. He is set to appear in court later this month for a motion's hearing.

To mark the one year anniversary on Sunday, friends and supporters of the Graham family gathered on the mall in Virginia to write messages of hope in her honor.

The messages were written on the First Amendment Wall in chalk behind City Hall.

The event was organized by "Help Save the Next Girl," an organization devoted to preventing the next missing persons case.

Some of the message include:

"Hannah you are not forgotten you are loved by many!"

Since Graham's death, a debate over funding new cameras on the mall has surfaced.

The Graham family elected to reflect on the day in private and did not attend the event.