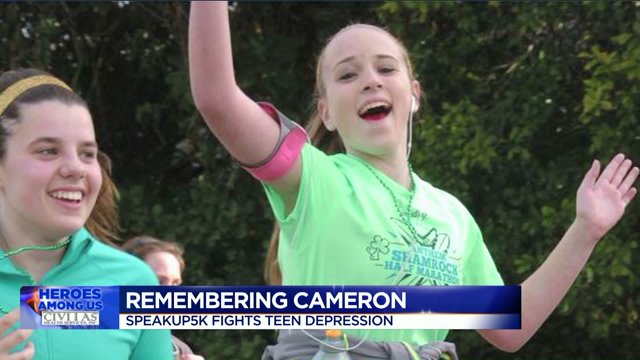 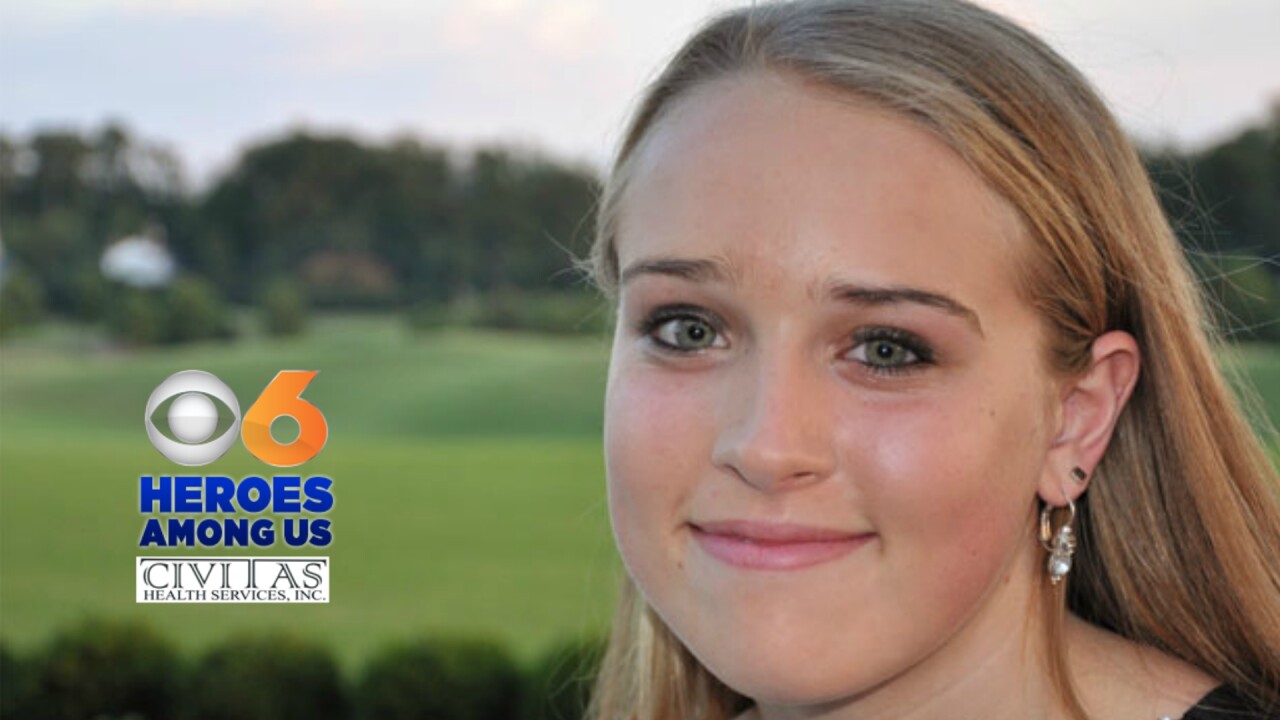 HENRICO COUNTY, Va. -- Cameron Gallagher never met a stranger, just potential friends. Grace and David Gallagher said their 16-year-old daughter was a typical teen who cared deeply for others, but even with her sunny outlook, depression was a constant.

"Cameron had a very, very soft-heart," David Gallagher said. "It made her feel sad that there were people wouldn’t take care of people feeling sad."

Cameron would take stand. She was the architect of the Speak Up 5K, an effort to spread awareness about teens and mental illness. But Cameron would never see her plan hatched. The teen collapsed and died moments after finishing a road race in Virginia Beach in March 2014.

"It is sad and tragic," Grace Gallagher said. "Just because she is not here on this earth doesn’t mean we do not love her."

Shortly after her funeral, Cameron’s family discovered her 5K plan and put it to pavement.

"It was as if destiny was created. It was a surreal moment. It was a spiritual moment," David Gallagher said. "It was the greatest gift Cameron could have given us in her loss which is the gift of purpose."

The fundraiser at Byrd Park, in its second year, helps combat the silent enemy Cameron lived with.

"One thing you will feel is that you will feel loved. And feel like people are standing up for Cameron’s mission," David Gallagher said.

Emily Erard and Cameron were members of the same swim team. The pain of Cameron’s loss still stings so many months later.

"I couldn’t really process that someone I had known was just gone," Emily said. "I was distraught that she didn’t receive enough love in her lifetime."

The 18-year-old Collegiate senior is drawing inspiration from her late-friend, borrowing a page out of Cameron’s playbook -- never meeting a stranger, just future friends.

"Mainly in just the fact that I have a more solid reason behind loving every individual I encounter," Emily said.

Two years later the Speak Up 5k is growing and so is Cameron’s legacy.

"The impact she has made in 16 years and continues to make is far beyond some people in their 80’s and 90’s could ever dream of doing," Grace Gallagher said.

The Speak Up 5K fundraiser kicks off at 9 a.m. at Byrd Park near the Carillon.