‘Trucks for Caden:’ Sick 4-year-old gets another surprise from the Richmond community

SUTHERLAND, Va. -- More members of the Central Virginia community are coming together to bring a smile to a four-year-boy's face.

CBS 6 first told you about Caden Allen after his mother was hoping the public would send greeting cards to help cheer him up between his numerous hospital visits.

Caden with all the cards CBS 6 viewers sent him.

Caden’s list of ailments include a brain tumor, severe acid reflux, asthma, allergies as well as an under active bowel and bladder. Caden has also suffered with more than 100 ear infections and ankles that curve in.

Since that first story the cards began to show up in big bundles.

Now, Richmond city councilwoman Reva Trammel teamed up with a local towing company to bring him another surprise.

“I saw him on Channel 6 and I reached out to his mom and I asked her, because we heard he likes trucks," Trammel said. So were brought the tow truck, Capital Garage did. So the children could see the trucks.”

Caden was happy to check them out.

He was able to hang out with some of the drivers and even go inside a tow truck.

Other community members are working out a plan so Caden will get one greeting card a day while he gets treatment. 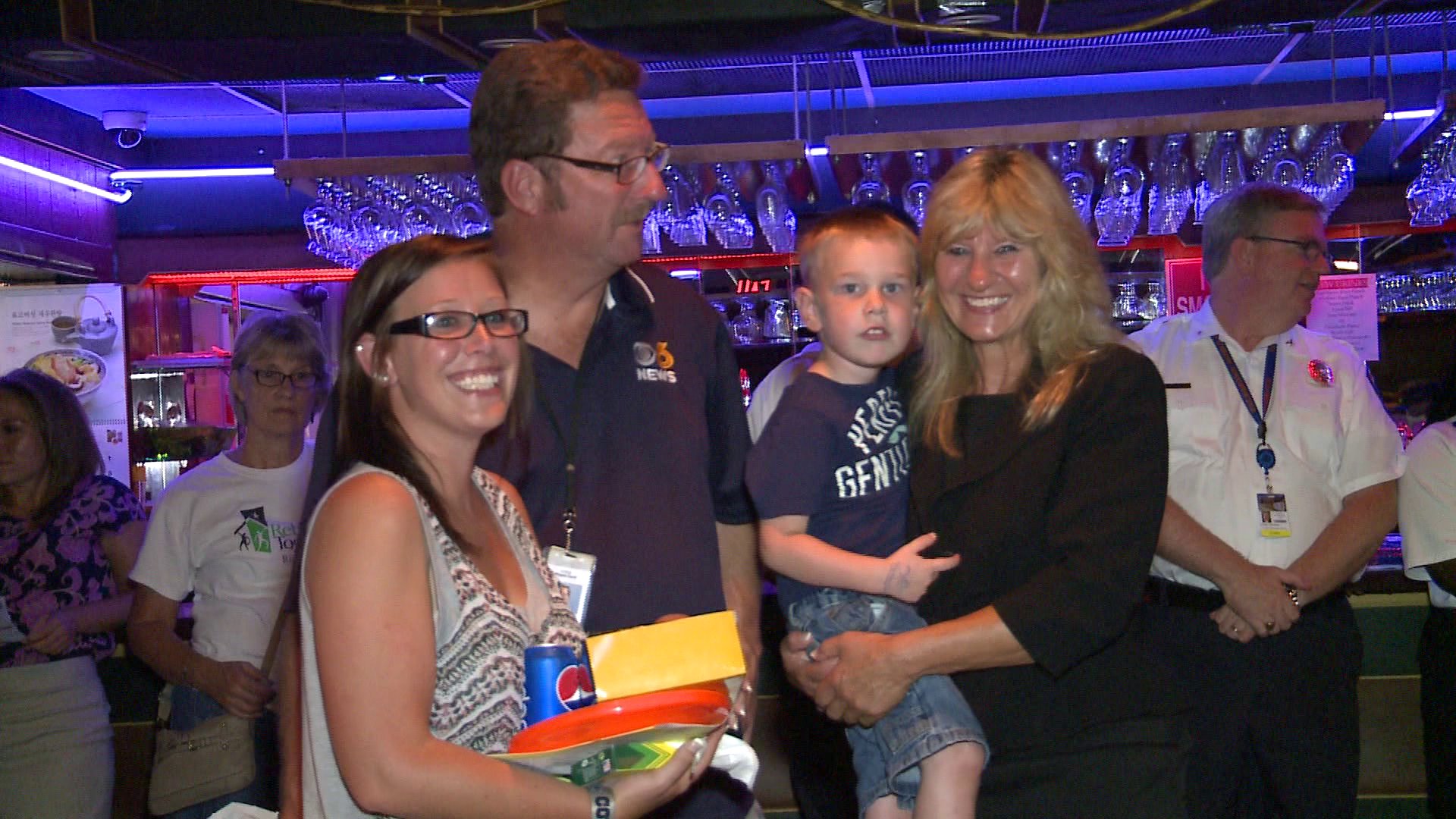