CHESTERFIELD COUNTY, Va. -- The driver of a car that slammed into the front of  a credit union in Chesterfield County Wednesday morning has been charged with reckless driving.

It happened at the Connects Federal Credit Union in the 9900 block of Midlothian Turnpike at the corner of Midlothian and Robious.

Chesterfield Fire spokesman Lt. Jason Elmore said the driver of the car suffered minor injuries. No one inside the credit union was hurt.

Video from the scene shows significant damage to the building’s front facade. The vehicle damaged glass and knocked out several support columns to the structure’s roof. 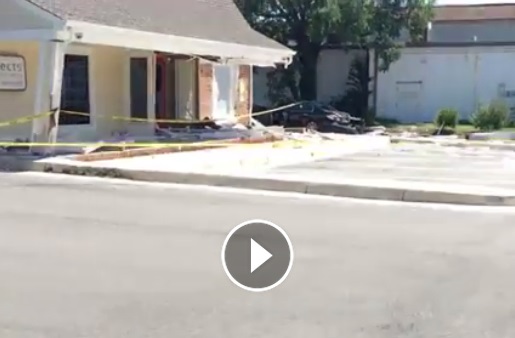 Witnesses said the car was on Robious when it ran off the road, jumped a grassy area and slammed into the front of the bank before coming to a stop in the parking lot.

Eyewitnesses told St. George the accident was one of the most incredible things they had ever seen.